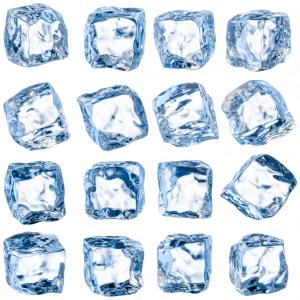 by Steve Brown
Share this Article:
Believe it or not, many people are willing to pay to spend just a few minutes in a personal freezer chamber designed to fool their bodies into thinking they may be freezing to death. Known as cryotherapy, the practice uses nitrous gas to cool an individual's body temperature so quickly and significantly that their brain automatically sends the majority of their blood to their core in an effort to keep major organs from shutting down. When the procedure is done, blood rushes throughout the body as it attempts to return to its core temperature. This is said to essentially re-boot the immune system by pushing out any toxins and boosting metabolism. We aren't doctors, so can't opine here, but the practice is even said to help with everything from weight loss, to improving sleep, reducing stress and even fostering quicker muscle recovery. Though there is no scientific proof that cryotherapy has any real tangible effects, the practice has been embraced by everyone from actors and actresses, to professional athletes.
While some are willing to experiment with such non-traditional and unverified practices such as cryotherapy, the banking industry too has begun experimenting with blockchain technology.
In an effort to protect and simplify customer transaction flows, banks are tinkering with blockchain technology. If things work as billed, it may provide a better way to secure transactions from cross-border payments, to interbank payments, loans and even the sale of securities. That is also why a consortium created last year has grown to include 40 of the world's largest banks.
Since blockchain technology uses a distributed ledger technology that mass produces records of any transactions completed among countless individuals and institutions, it adds security as well. Anonymity of the parties involved in transactions is retained throughout and its structure has left hackers so far without a way to outsmart the system. Because of this, banks are proactively exploring the underlying blockchain technology to not only reduce the amount of time needed to execute transactions at the heart of day to day businesses but to enhance security.
We aren't blockchain technology experts for sure, but such cooperative and widespread testing among so many banks is a testament to the opportunity blockchain may give the financial industry and banks in particular.
Banks aren't the only ones getting into the game here either. Nasdaq recently began its own testing of the blockchain technology as a security measure. It relied on the technology to allow residents of Estonia to electronically vote in shareholder meetings that they have traditionally been required to physically attend in order to vote. It reportedly was a success.
Since the introduction of such technology just 6Ys ago and despite some widely reported criminal activity with some of the early players, blockchain technology is finding more mainline interest. If it works as billed, it could evolve into a system that can accommodate automated execution of pre-existing agreements once the terms of those agreements have been met, safely, securely and inexpensively.
Despite the testing, widespread adoption of this technology among banks is still a way off, but not nearly as far away as people might have previously believed. Many industry experts now say widespread blockchain technology based security measures are no more than 1Y to 2Ys away perhaps. Until then, have no fear because community banks will most definitely not be left out of the cryochamber. Given the amount of money involved in the testing, this is one case where community banks could ultimately reap the benefits of the work and money contributed by their larger counterparts.
Subscribe to the BID Daily Newsletter to have it delivered by email daily.

Organic Meals And A Financial Coach

Renowned bank equity analyst Dick Bove told CNBC in an interview that Citibank and Bank of America are currently trading at a 35% to 40% discount to book value which is "absurd."

Chinese bank Bank of Tianjin reportedly had $120mm in bank notes stolen, marking the 3rd time this year thieves have stolen such notes from the banking system.

The IMF is warning about $900B in corporate bank loans could be at risk of default in China, amid lower corporate profitability and lower GDP growth in the country. US banks are monitoring this closely as it could be a harbinger of additional global risk in an already risky world situation.

Goldman Sachs has agreed to pay $5B to settle federal and state claims around mortgage backed securities it sold prior to the credit crisis.

HSBC Bank USA will pay a $35mm civil money penalty to settle issues it unfairly charged customers for a credit monitoring product but did not deliver the full benefit of it.

The New York Times reports Citigroup has eliminated more than 60 businesses and cut its assets by $700B over the past 7Ys as it adapts to the new regulatory environment.

Research by Deloitte of thousands of business and HR leaders worldwide on human capital finds 33% of HR teams were rated good and 5% were rated excellent by employees.