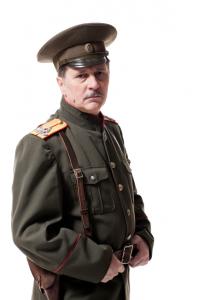 We heard a joke the other day that goes something like this: A pompous, pretentious and newly promoted Colonel in a foreign military is exploring his brand new office. While sitting at his desk, he contemplates his good fortune as he ponders what to do next. Just then, through the glass door he becomes aware of a Private who is knocking. The Colonel waves him in as he grabs his telephone and says, "Yes General. Thank you General. I appreciate your good wishes." As he hangs up he glances with annoyance at the Private and says, "What do you want?" The Private responds, "Nothing sir, I just came to connect your new phone."
Fortunately, with the universal dissemination of smartphones, such issues need not happen. Gone are classical landlines, replaced by smartphones. Bank customers these days talk continually, check emails from wherever, listen to music whenever and increasingly pay bills with their mobile devices. In fact, according to a recent study from Juniper Research, 148mm consumers worldwide will make mobile payments this year. A mere few years ago, customers using mobile payments were daring pioneers, but nowadays mobile apps are getting traction so bankers too are adapting.
Juniper's study emphasizes the catalytic roles of Apple Pay and Samsung in popularizing mobile payment apps. Apple Pay, launched during fall 2014, is now available in Great Britain, Australia, Canada, and China. France will have it at the end of 2016. Meanwhile, the very first day in February 2016 that Apple Pay became available in China, 38mm users registered! Customers just had to have it.
Because of this high adoption and growing usage, the infrastructure is quickly catching up with demand. New point of sales terminals are sprouting up that use the chip now, and even Starbucks has adopted it so things are moving along nicely. As consumers become more and more comfortable using their phone to pay, the reloadable mobile wallet is likely to expand and grow right along with this shift. In fact, last quarter alone, Starbucks' CEO announced that 21% of transactions were conducted via mobile apps.
Success also breeds success. There is an increasing number of players offering a mobile solution: Apple Pay of course, but also Samsung, Android Pay, Paypal and others. Very soon, Chase Pay and Walmart will join these ranks, so the sky is the limit as to where it will all end up.
For its part, Walmart brings 22mm active users of its mobile app, so this move makes sense for them and adds pressure to banks. The retailer is creating an ambitious proposition. Users can write their shopping list on their phone, locate products in store, pick up online orders from the store, refill pharmacy prescriptions and pay quickly. Walmart's solution works with any Android device; it may be used at whatever checkout lane and with any credit card, debit card or pre-paid card.
Chase as well, is bringing the cavalry. The bank's platform is able to service 94mm credit, debit and pre-paid card accounts. Chase says it will work with its own customers...or stay behind the scenes and operate as a processor for other organizations via Chase Paymentech.
There is not yet a dominant standard, so things are still in flux and many use different technologies. Community banks are monitoring things, tinkering with offerings here and trying to stay up with changes to stay in the game. As things keep evolving, no one knows which technology will eventually be promoted to General, but suffice it to say there are quite a few out there trying.
Subscribe to the BID Daily Newsletter to have it delivered by email daily.

Bank of America said its customers will soon be able to interact with the bank through Facebook using its Messenger app. Large companies are reportedly testing the app, which leverages chat bots (artificial intelligence software that can understand questions and provide answers) and will provide real time alerts from the bank.

The CFPB has named the new head of a new group focused on small business lending dubbed the Office of Small Business Lending Markets. Looks like consumer and business have crossed paths.

Bank of America reported 20% of total card spending by its customers was online and mobile, a 15% YOY increase.

Citigroup said it will no longer buy loans from the Prosper Marketplace platform and repackage them into securities, but did not indicate why, according to news reports.

A report by the University of Cambridge and the University of Chicago finds the marketplace lending market has soared to over $36B last year, a 213% increase vs. 2014. Consumer loans accounted for 71% of the volume and 72% of funding for business loan activity came from institutional investors.

The Washington Post reports data for 44,000 FDIC customers was breached by an employee who downloaded the information to a personal storage device and left the agency, but that the data theft reportedly occurred inadvertently and without malicious intent. The data has since been returned along with the device.
Copyright 2018 PCBB. Information contained herein is based on sources we believe to be reliable, but its accuracy is not guaranteed. Customers should rely on their own outside counsel or accounting firm to address specific circumstances. This document cannot be reproduced or redistributed outside of your institution without the written consent of PCBB.