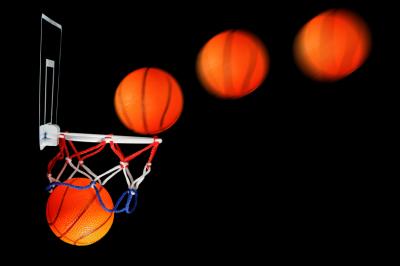 We are located in the Bay Area of San Francisco, so we know all about the otherworldly performance by one Stephen Curry of the Golden State Warriors. This NBA basketball player can hit 3 point shots from the other end of the court it seems, and does so day-in and day-out. He scores 30 points per game average and leads the league in points, field goals made, field goals attempted, 3 point shots attempted and 3 point shots made by a wide margin. He is truly amazing to watch as he does something exciting every single game and his warm up ritual is about as intricate as it comes.
Make no mistake that Curry knows how to make threes as do his teammates and the Golden State Warriors definitely understand the value of going long probably better than any team in the league. That is one reason why today, Curry and the rest of the Warriors play for their 73rd win of the season. If they achieve this milestone, it would set an all-time NBA record and surpass the 1995-96 Chicago Bulls. Even if you aren't a huge fan of basketball, this sort of thing comes along once in a lifetime so you might want to catch it on TV.
In the banking game, going long has also proved to be a winning strategy for many community banks. After all, with rates so low since the crisis, longer-term assets have been a staple of community bank balance sheets.
FDIC statistics tell the story. Back in 2007, community banks were in line with the average long-term assets on balance sheets for all banks at a little over 30%. But while big banks held to that level, community banks started adding longer-term assets, peaking in 2015 at about 50%. The study defined long-term assets as those with duration of more than 3Ys.
Those longer-term assets paid off slower and bankers were able to hold onto their margin while rates dipped lower over time. The regulatory concern now, however, is that things have gone too far and an increase in rates could be disastrous for banks with longer term loans and securities on the books.
Regulators are strongly warning banks to get a handle on this risk. They fear that banks have sought to retain yield on assets so they went long, while funding it with mostly DDAs. In a rising interest rate environment, higher concentrations in longer-dated assets could reduce asset repricing and margin expansion. It could also lead to mismatches in rate sensitive assets and liabilities. Further, the funding provided by DDAs may revert to the mean and banks could be dealing with a funding issue just at the time when assets are stuck and funding costs are rising. This confluence of risks is one on the list that keeps regulators up at night, so be prepared to address it at your next exam.
If your bank is feeling like you might have too many long term assets at this point and you want to discuss ways to fix that or model it to see, give us a call. We can help you get a good handle on things and our team of experts is standing by to help you address this issue in many different ways.
As the FDIC noted in recent research, in banking the long game works fine only until it doesn't. Unlike the NBA Golden State Warriors who seem to thrive on the long shot, bank regulators are clearly blowing the whistle now and calling fouls on bankers that go too long with too many assets given the potential risk.
Mr. Curry is truly having a break out year that is amazing to watch and probably one of the last times you will see such a performance in your lifetime. This is made even more amazing when you think that every person Curry plays against is a professional too with tons of talent. Yet, he leaves them in the dust and continues to bury 3 point shots from nearby cities and towns. Crazy and fun to watch - go 73!
Subscribe to the BID Daily Newsletter to have it delivered by email daily.

The day closed with a more positive outlook on global growth as oil rallied, stocks gained and yields rose 5bp.

A report by the California Office of Business Oversight on the largest online marketplace lenders finds: consumer loans accounted for 82% of total loan volume in 2014 and small business lending was 18%; the highest median annual percentage rate among consumer lenders was 34.01% and the highest small business rate was 51.8%; 30 day delinquency rates ranged from 0.03% in 1H 2015 to 17.94% among the lenders.

Recent comments by Fed officials seem to indicate they are concerned the market is too dovish on rate increases at this point. Speeches have repeatedly warned investors to recalibrate rate outlooks toward higher levels.

Our story on the FHFA ruling on captive insurance membership in FHLBs represents 6.1% of total advances for the system and only outstanding advances for captive members approved after the issuance of the proposed rule must be repaid by Feb 2017 (those approved prior have 5Ys to repay).

Fifth Third Bank ($139B, OH) has confirmed it offered voluntary early retirement packages to 775 (about 4%) of its 18,500 employees, as it seeks to cut costs. Terms of the package were not disclosed.
Copyright 2018 PCBB. Information contained herein is based on sources we believe to be reliable, but its accuracy is not guaranteed. Customers should rely on their own outside counsel or accounting firm to address specific circumstances. This document cannot be reproduced or redistributed outside of your institution without the written consent of PCBB.