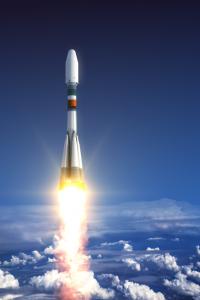 You have undoubtedly heard the expression "it's not rocket science" many times throughout your life. When it comes to NASA, though, most things really are rocket science. But, even the most brilliant minds of rocket scientists can make mistakes. Consider that in Sep 1999, NASA lost its $125mm Mars Climate Orbiter because of something as trivial as differing units of measurement. This robotic space probe was sent into space to study Mars' climate, atmosphere and any surface changes that occur there but unfortunately the teams working on it used both metric and English units of measurement. The difference between the two systems was significant enough to keep crucial navigational information from reaching the orbiter, which was permanently lost in space.
Given the reality that even the smartest people in the world can make extremely costly mistakes, we thought it might be helpful to review some of the most common mistakes that can keep M&A deals from succeeding.
One of the first things both buyers and sellers should think about is whether an M&A deal actually makes sense. While the idea of merging two community banks may seem to make perfect sense from the perspective of scale and efficiencies, that doesn't guarantee that it will make sense financially. Before a board gets married to the idea of acquiring a competitor, it should first take the time to analyze its finances to be sure the deal truly makes sense and that it will ultimately bolster shareholder value. If it is determined that an acquisition does make sense, it is important to consider the team of people that will be involved in scrutinizing potential deals. While there is undoubtedly some overlap between the skill sets needed to put together an M&A deal and those needed to run a bank on a daily basis, one of the worst things a bank can do is to fail to seek outside advice from individuals with extensive M&A experience. Some of the professionals that should be consulted for input on a potential deal are consultants, lawyers and accountants, among others.
It is equally important to do significant due diligence on the potential synergies between the two parties and any challenges or additional expenses that might exist when it comes to actually implementing a merger. Just because two community banks may have similar business lines and customer bases does not mean that actually combining the entities will be smooth and seamless. Failing to take the time to lay out exactly how everything will be combined well in advance of a deal--from ensuring that IT systems are compatible, to identifying the different roles people within each organization will have after a merger--can be extremely problematic. If such issues arise once a deal is already completed it can mean significant delays or create resentment among staff. Similarly, if one of the biggest benefits of an M&A deal is combining staffs, or acquiring talented individuals, failing to lock in key personnel through contracts before a deal is announced can result in the loss of some of the very people that made a deal attractive to begin with.
While the above issues are just some of the things that can impact whether or not an M&A deal succeeds, these are some of the important things banks should consider. As NASA learned the hard way, failing to make sure everyone is on the same page and using the same measurements to determine success can be extremely costly.
Subscribe to the BID Daily Newsletter to have it delivered by email daily.

Yields rose 3bp after the release of FOMC meeting minutes confirmed that policy makers will use caution in deciding on future rate hikes.

A Fed survey finds the 3 most common mobile banking activities among users are: checking account balances or recent transactions (94%), transferring money between a person's own accounts (58%) and receiving an alert from the bank (56%).

Spanish bank Santander said it will close about 13% of its branches (about 450), as it addresses higher regulatory costs and adjusts to changing customer behaviors toward digital delivery.

Research by comScore finds the top areas of digital content people do on desktop devices are: portals (69%), business and finance (58%), entertainment news (51%), health information (46%) and sports (39%).

The three largest banks in China are reporting non-performing loans have jumped 30% to 47% YOY as of the end of 2015. This is a concerning trend and could spell trouble, so investors will be watching closely to see how China responds.

The Pension Benefit Guaranty Corp (PBGC), the federal agency that protect the retirement incomes of more than 41mm American workers faces a 43% chance of insolvency within 10Ys if participant premiums remain at current levels, according to a new report.

JPMorgan forecasts Q1 GDP is at a 1.2% annualized pace and Q2 will be 2.0%. These are both lower than prior projections.

Greenwich Associates research finds 61% of large money managers surveyed say the decline in liquidity provided by bond dealers has become a risk to their firms and 60% now say their own portfolios have become so large the firms now create their own liquidity (bypassing bond dealers).
Copyright 2018 PCBB. Information contained herein is based on sources we believe to be reliable, but its accuracy is not guaranteed. Customers should rely on their own outside counsel or accounting firm to address specific circumstances. This document cannot be reproduced or redistributed outside of your institution without the written consent of PCBB.