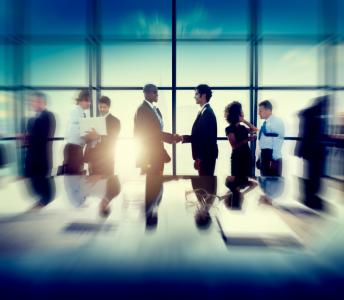 A Good Partnership Is Difficult To Find

We get asked frequently by community bankers how often mergers and acquisitions go well and how frequently they do not. It is an age-old question that has plagued the smartest banks in the industry and the answer is of course - it depends.
One area that has plagued deals in the past from seeing the best results is culture. This can mean a lot of things, but in its most simple form consider this example. Your bank is about to acquire the bank across the street. For decades, you have competed in the local market for customers. Your teams have lost deals to this competitor over the years and taken deals from them, but one thing remains - you don't like them very much. The question that surfaces is, has too much occurred in the history between your two companies for this to work?
Consider another area of culture as well. Here bankers may have differences in operating structure, hierarchy, dictatorial management vs. more open styles, pay structures and other factors. Here too, bankers will have to evaluate things very carefully before jumping into the pool, if success is to be truly achieved over the short and long term.
Certainly there are lots of factors to consider, but what does the research show you might wonder. Consider a study by Gubler et al from 2003 that looked at mergers across various countries during the 1980s and 1990s. It used accounting data to compare post-merger profit performance 5Ys after the merger to control groups of firms in the same industry. It found that the most common result, interestingly with common patterns across countries, was increased profitability but reduced sales. Meanwhile, about 41% of all mergers reviewed failed to have a positive impact on profits.
If you want even more to think about related to this subject, consider a Wharton professor (Holthausen) who teaches courses on M&A strategy. He notes that there have been "hundreds of studies" looking at the long-term results of mergers and that researchers estimate the failure range is between 50% and 80%. That is downright ugly.
Let's look at some other research by KPMG from 2015. This survey of 100 community banks found the areas tagged as the three biggest drivers of company revenue growth over the next 1 to 3Ys are: asset and wealth management (32%), mergers and acquisition activity (28%), cross-selling (28%) and new market segments (25%).
Let's also look at the most recent 2016 bank M&A survey results from Bank Director. It found: 67% of banks say they need to grow significantly to compete in today's marketplace. Further, the minimum asset size respondents indicated most frequently was needed to be competitive were: $1B (32%), $500mm (22%), other (17%) and $5B (16%). Other surveys have found while roughly 50% of banks are interested in potentially acquiring another bank, close to 90% have no interest in selling.
No matter where you stand or what you do to grow, if you do eventually pursue an acquisition, try to tip the scales in your favor. To do so, experts say doing your homework and analysis is critical. It is also important not to fall in love with a given target because a bad price or bad culture can blow up any deal and your own bank post-deal. Consider as well technology advances and risk in the loan book because that is what you are paying for in some cases. Also, be sure to lock down and keep any and all quality employees because they are what got that bank to where it is today. Certainly, your team will have to squeeze out efficiencies because deals require that, but it is critical not to throw the baby out with the bath water, as they say, and to make decisions based on facts and circumstances and not emotions whenever possible.
Subscribe to the BID Daily Newsletter to have it delivered by email daily.

A bond offering late last week that was backed by personal loans from online lending marketplace Prosper got a weak reception from investors. This is despite the fact the yield on the $278mm offering was at 12.5% for the riskiest tranche or more than 5 points higher than the level of a prior securitization from just last year. Investors in marketplace lending as of late seem worried about potential credit erosion in coming years as the economy struggles, along with the impact of potential regulations working through the system and expected in coming months. Such lending platforms do not take deposits like banks, so increased funding costs are likely to constrain growth, particularly as hedge fund activity (they were buying a lot of these) continues to scale down.

The Wall Street Journal reports strength in residential housing has pushed banks to extend $156B in HELOCs last year. This is a 24% increase YOY and the highest level since 2007.

The Wall Street Journal reports private student lenders have launched loans that target parents vs. the children attending college. The loans allow parent borrowers to pay for their kid's college costs without saddling the child (of course mom and dad still have to pay back the loan). This could make sense when you consider the College Board reports the average annual cost of a 4Y private college (including room/board) has soared 53% over the past 10Ys to $43,921.
Copyright 2018 PCBB. Information contained herein is based on sources we believe to be reliable, but its accuracy is not guaranteed. Customers should rely on their own outside counsel or accounting firm to address specific circumstances. This document cannot be reproduced or redistributed outside of your institution without the written consent of PCBB.