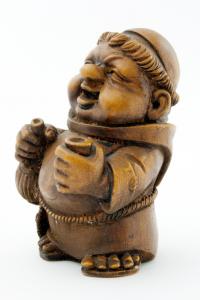 Italian novelist Umberto Eco's recent death brought back the memory of his most celebrated book The Name of the Rose. This complicated murder mystery is based in a monastery during the Middle Ages. It all takes place in the remote Alps where monks embark on a crucial mission to propagate learning in the world. To do this, the clerics painfully translate, copy, and manually illuminate rare manuscripts. In the movie version, Sean Connery is a sort of Medieval Sherlock Holmes. The movie takes viewers painstakingly through the centuries as the hidden truth and knowledge of manuscripts advances.
The tedious medieval process offers a strange contrast with the existence of our quick 21st Century methods. People want things right away, which is why the Fed has created a task force to work on even faster payment initiatives perhaps.
Currently, payment times may extend to 3 business days, but the goal of the Fed is to reduce it to a few hours. You may be surprised to find out that this has already occurred in various foreign countries. It took 3Ys for the UK to do so, but that is relatively easy when 6 financial institutions control 90% of the total share of deposits. To achieve the same 90% here in the US, it would take 67 banks to closely cooperate.
To accomplish same day payments, the Fed formed its task force in May 2015. It is already making progress, however, as the experts involved have all agreed on effectiveness criteria, the framework and the glossary of terms. Interested parties now have a common lexicon for products already on the market and they plan to test them during 2016 and publish their results in 2017.
Faster payments will be facilitated by the National Automated Clearing House Association (NACHA) as well. This group is funded by the financial institutions it governs and it plans to add 2 new same day settlement windows to its network. Movement of funds between banks will also be coordinated 3 times daily. That new option will be partially implemented in Sep 2016.
To achieve efficient domestic and international payments, electronic payment forms are the obvious solution, but data and identities need to be protected, secured and well regulated. The task force favors the creation of a small business payments tool kit that will set up a B2B directory. Common standards will be developed and points of pain will be identified by the practitioners.
All the actors involved are pushing for a common language, ISO 20022, for global communications, which is a standard for electronic data exchange between banks. The progress report calls for the development of a detailed plan to adapt ISO 20022 for wire transfers. ISO 20022 is a set of XML messaging standards, based on a shared data dictionary. That language is already used in Europe, Japan, Singapore and a host of other countries, but there is a lot of variation in the different regions. Furthermore, the language between corporations and banks may be slightly different than ISO 20022 from bank to bank.
Also, banks and regulators have to deal with risk. The Fed has an agreement in place with the Financial Services Information Sharing and Analysis Center (FSISAC). The center will distribute a threat report to banks via the Fed line network.
Things are moving forward towards same day payments, but this is a complex mission, requiring slow, tedious work. Bankers should alert the Fed if they come across any monks out there seeking to do additional work quietly and efficiently.
Subscribe to the BID Daily Newsletter to have it delivered by email daily.

Yields ended the day 2bp higher after dropping following the terrorist attacks in Belgium and then rebounding on the Chicago manufacturing data.

The Supreme Court has asked the White House to weigh in on a case working its way through the court system related to marketplace lending activities and whether or not they should be subject to state interest rate caps.

A survey of family businesses by Kreischer Miller finds 62% of senior generation owners plan to transition their business within the next 10Ys, but 65% do not have a clear retirement plan and 51% do not have a succession plan.

A PwC survey of global CEOs finds the risks that worry them the most are: over regulation (79%), geopolitical uncertainty (74%), exchange rate volatility (73%), availability of key skills (72%) and government response to fiscal deficit and debt burden (71%).

A survey on risk practices by Bank Director finds the following among key duties identified of the risk officer: compliance with risk management policies (93%), regularly reports to the risk committee (84%), responsible for creating a risk culture within the bank (77%), monitors and tests risk controls (73%) and implements risk training for the board (67%).

A survey of Millennials worldwide by Deloitte finds the timing and percentage of those who expect to leave their current employers are: 2 to 5Ys (22%), 1 to 2Ys (19%), <6 months (13%), 6 months to 1Y (12%), would never leave (11%), and 5 to 10Ys (11%).
Copyright 2018 PCBB. Information contained herein is based on sources we believe to be reliable, but its accuracy is not guaranteed. Customers should rely on their own outside counsel or accounting firm to address specific circumstances. This document cannot be reproduced or redistributed outside of your institution without the written consent of PCBB.