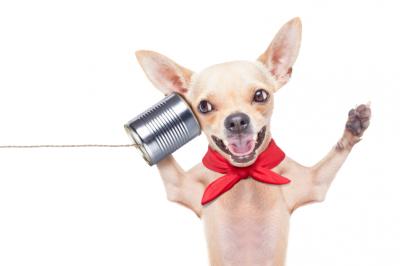 Give Your Customers A Treat

by Steve Brown
Share this Article:
What is the most loyal breed of dog? We thought this might be an easy question, but after a bit of Internet research, we're left unsure of the answer. Iheartdogs.com says it's the Great Pyrenees, while barkpost.com suggests sheepdogs. Entirelypets.com offers up the Rough Collie (we did not know that collies have this tougher edge to them, at least in their formal name). Weluvpuppies.com and pet360.com both rank German Shepherds first, with the latter website citing an official with Westminster Kennel Club Dog Show in support. Celebrity dog psychologist Cesar Millan (the Dog Whisperer) has done a bit more work: He says he reviewed six Internet lists that named 22 different breeds, with only the German Shepherd, Brittany, and Kuvasz listed on all of them. Now you know!
There may be a similar bit of dissonance with banks and their customer loyalty programs, we suspect. The Deluxe Corp. commissioned a survey of companies across various industries, including the financial sector. One of the primary questions: What are the top three objectives for your customer loyalty strategy? Interestingly, more financial institutions (66%) answered "acquire new customers" than said "retain existing customers" (56%). This ran counter to the overall results, where more companies of all kinds cited retention (54%) than acquisition (49%). A Director of Product Management looked at the numbers and said "somewhat ironically, the biggest objective for financial institutions offering loyalty program is not actually loyalty."
Consider a key finding of a survey conducted by Forrester Research that found: Only 13% of the bank leaders surveyed were "completely satisfied" with their own customer loyalty programs. The majority, 53%, were "somewhat satisfied." The "somewhat unsatisfied" and "completely unsatisfied" made up 9% and 6%, respectively. Apparently 16% of bankers were unable to pick from among these choices. Of note, the number of "completely unsatisfied" banking respondents was twice the level of non-financial respondents.
What were the characteristics of the satisfied ones? Well, Deluxe research found that banks that used multiple communication channels with their customers also tended to express more satisfaction with their loyalty programs. Financial institutions are greater users of call centers and mass media than companies in other industries, but adoption of modern tech methods may be lagging. Less than 33% of respondents currently use online chat, or websites, applications and messaging optimized for mobile phones. Further, a significant number of respondents say they "plan to use" these features, but adding their numbers to the users would still result in 30% to 40% of financial institutions leaving these out of loyalty programs.
When all is said and done, the data indicates some bankers may be focusing on the wrong metrics in designing loyalty programs. So maybe it is time to take a fresh look at your rewards program to see if you have incorporated enough technology and customer desires. Are you up to date, when was the last time you updated these programs and do your customers love them or seem not to care very much? Doing so can help you make sure you get a "best in show" award.
Subscribe to the BID Daily Newsletter to have it delivered by email daily.

Research by Business Intelligence that looked at Millennial usage of cash found that 40% said they would give up cash if their credit or debit card could replace all forms of cash transactions.

BLS research finds the cost of benefits has risen about 60% since 2001 vs. about 37% for wages and salaries.

Research by the Employee Benefit Research Institute finds 46% of workers nationwide participated in a retirement plan as of the end of 2012.

It is interesting to note that since 2000, about 52% of Fortune 500 companies have been acquired, are bankrupt or are no longer in existence.

An AARP survey finds 45% of respondents say they plan to retire between 65 and 70Ys old. Of note, however, 73% of those say they will continue to work part time.

The ICBA reports community banks provide 77% of agricultural loans and more than 50% of all small business loans.

Research by the Email Marketing Industry Census finds 78% of marketers surveyed predicted that by 2020 all email communication will be personalized.

The Global Web Index finds 80% of Internet searches are now conducted on smartphones.