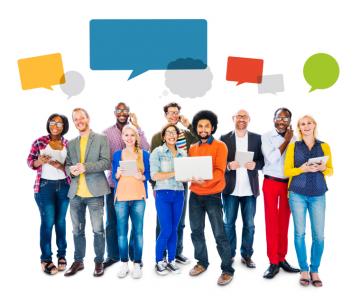 From Animal House to Footloose, to A Few Good Men and countless movies and television shows in-between, Kevin Bacon has starred in approximately 80 films and programs that span a wide range of genres. On top of that he is a musician who, along with his brother Michael, formed a band called The Bacon Brothers that has already released six albums. But it was a 1994 interview with Premiere magazine regarding his role in the movie The River Wild that led to Bacon becoming a Hollywood icon. During that interview Bacon mentioned that he had worked with almost everyone in Hollywood, or someone who had worked with them. It was this interview that caught the attention of three students at Albright College who were inspired to create the game Six Degrees of Kevin Bacon. The idea of the game is that any actor or actress can be linked back to Bacon, whether through films they were in with him, or actors or actresses they have worked with who starred with Bacon. There is even a website called The Oracle of Bacon where you can enter the name of an actor or actress to see how they link back to Bacon and what their "Bacon Number" is.
We couldn't help but think about the Six Degrees of Kevin Bacon game's relation to community banking. We're not talking about combing community banks for any employees who once acted in films or TV shows that can somehow be tied back to Bacon. Rather, the game just reminded us of the importance of having firsthand connections to the community in which a bank operates, especially among board members. One place where such ties are particularly important is economic development committees--groups that are almost always filled with key members of the community and high-profile business owners.
Economic development committees are frequently set up to lure new businesses to a specific community or geographic region, or to help strengthen existing businesses within that area. In many cases, economic development committees are established as part of an effort to help revive depressed communities with poor economies where businesses have either failed or moved out of the area. To do this, economic development committee board members work closely with local boards and their elected members, along with key individuals at state agencies, utility companies and even federal programs focused on improving depressed areas. The campaigns they launch to try and attract business to a struggling area also tend to be quite aggressive, including everything from meetings with other community organizations such as chambers of commerce, to television, radio and even newspaper advertising campaigns that tout the benefits of shopping in and supporting the local community.
For community banks where board members or senior employees serve on committees like these, such connections can mean potential new business. Depending on the town or geographic region business opportunity can be significant, which is why so many community bankers we know encourage staff to join local charities, committees and nonprofit organizations.
Our hats are off to all community bankers who proactively support their community day in and day out. Not everyone may notice, but we do and you all do very fine work out there that cannot be easily replaced. As Kevin Bacon can clearly attest, the importance of connections cannot be overemphasized. By the way, Facebook did some updated research on degrees of separation and found that people are actually only separated by an average of 3.57 degrees.
Subscribe to the BID Daily Newsletter to have it delivered by email daily.

Yields fell 3bp even as oil and US equities gained after data released signaled US manufacturing has steadied.

CoreLogic reports foreclosure inventory declined 22% in Nov and is down 22% YOY.

St. Louis Fed President Bullard said it would be "unwise to continue a normalization strategy (raising rates) in an environment of declining market-based inflation expectations."

Morgan Stanley will pay $3.2B to settle claims from the DOJ and NY State AG related to its role in the housing market meltdown during the credit crisis. The group had previously collected $16.7B from Bank of America, $13.0B from JPMorgan and $7.0B from Citigroup and another settlement is pending with Goldman for $5.0B.

A survey by Wasp Barcode Technologies of small business owners finds: 62% invest 4% or more of their revenue in marketing, but 10% do not invest anything in marketing. Meanwhile, when it comes to how small business owners market, the survey found: 56% use a mix of online and traditional marketing tools, 54% use email and 51% say their website is the top way they market to customers.

Allianz Life Insurance Co. research finds 20% of Gen Xers say they believe going into debt to pay for daily purchases is just a fact of life vs. 14% of Boomers. Maybe that is one reason why Gen Xers carry 82% more non-mortgage debt (such as student loans, credit cards, etc.) than Boomers.
Copyright 2018 PCBB. Information contained herein is based on sources we believe to be reliable, but its accuracy is not guaranteed. Customers should rely on their own outside counsel or accounting firm to address specific circumstances. This document cannot be reproduced or redistributed outside of your institution without the written consent of PCBB.