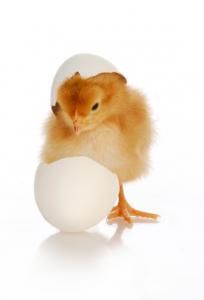 by Steve Brown
Share this Article:
One day in the early 1700s a pair of road surveyors working the area between Philadelphia and Lancaster were nearing the end of their day and trying to decide whether to continue on to Lancaster or stay at the nearby inn. According to local lore, one of the surveyors argued for the local inn, saying, "A bird in the hand is worth two in the bush." They opted to stay where they were, and their decision prompted other travelers who followed to do the same. In deference to the two surveyors, the inn became known as the Bird-in-Hand Inn, which also became the name of the town.
Bird-in-Hand today is a picturesque little Amish village of about 400 people that holds a place of distinction in the community banking world. Bank of Bird-in-Hand, launched in 2013, is one of only 5 de novo banks established since Oct 2009. It was the first new bank created after the Dodd-Frank Act, and has been followed by virtually no others since.
So the banking world took notice on Jan 29 when SNL Financial posted an article headlined, "Hopes of de novos surfacing, shaking off the past." The article's authors pointed to a pair of new banks in some stage of formation, one in California and another in Oklahoma, as a possible sign that de novo activity may be getting new life.
Of course, while we like the positive tone, we also note that one or two new de novo banks is hardly a groundswell. Given much higher regulatory standards and capital requirements that tie up management teams and investors for 7Ys, new bank formation has become far more difficult. Still, with hundreds of banks disappearing over the last few years as the result of failure or through mergers, any sign of new life for de novos provides reason to cheer.
An economic brief published last March by the Richmond Fed detailed how before the recent financial crisis, the US recorded an average of 100 new bank formations per year. Since the crisis, the rate is the lowest rate of bank formation in 50Ys. The report's authors also pointed out that, "Since small banks have a comparative advantage in lending to small businesses, their declining number could affect the allocation of credit to different sectors in the economy."
The authors of that report cite two possible reasons to explain the de novo decline: interest rates that are too low to support new banks, and/or regulatory costs that are too high to enable reasonable profits. They suggest that the impact of regulation needs to be closely watched because, "If regulatory costs are the driving force behind low entry rates, then future entry will depend on how those costs change over time."
Meanwhile, back in Bird-in-Hand, the namesake bank reports that it is gaining traction and that it expects to be profitable in 3Ys. That would be an important milestone and an indication that at least one de novo bank has found a way to navigate the current regulatory climate.
No doubt, it will take a lot more than just this single example to rebuild community banking, so at this point, one Bird-in-Hand is certainly not worth two in the bush.
However, we can't help but think that this is a solid step in the right direction for community banks. If history has taught us anything, de novos traditionally hit a lull for several years after any recession before coming back. We just hope things haven't changed too much this time around for that not to occur.
It used to be that the banking industry saw virtually no new applications during a recession, but a few years later de novo activity resumes. While applications are not projected to pour in like they did in the early 2000s, we are certainly excited to see things at least starting to slowly hatch once again.
Subscribe to the BID Daily Newsletter to have it delivered by email daily.

A Classic Way To Remain Calm

A survey by Wasp Barcode Technologies of small business owners finds: 71% expect revenue growth this year and 43% say improving the existing customer experience and retention is their top strategy to do so.

The Labor Dept. reported CPI climbed by the most in 4.5Ys, as costs increased for medical, prescription drugs, apparel (discounting mostly) and rents more than offset lower gasoline prices. Rising inflation appears to give the Fed more room to continue to raise rates on a gradual pace.

The latest survey of small business owners by Wells Fargo/Gallup finds: 60% say their cash flow was very or somewhat good over the past 12 months (highest level since Q4 2007).

A Bank Director survey finds: 55% of selling banks sold because shareholders wanted liquidity and 27% did so due to regulatory costs.

Bank regulators have officially issued interim final rules that will allow qualifying well-capitalized and well-managed banks and savings associations (CAMELS 1 or 2) with assets less than $1B to qualify for an 18-month examination cycle vs. the current 12-month cycle.

MasterCard has launched biometric technology that will allow customers buying things online to use fingerprint and facial recognition (selfie) for authentication.

Research by Financial Management Solutions Inc. on bank branches finds: transaction volumes have declined 45% since 1991; branches average 6,500 transactions per month; and the ratio of population to branches has fallen 68% from 9,340 in 1970 to 2,970 in 2014.