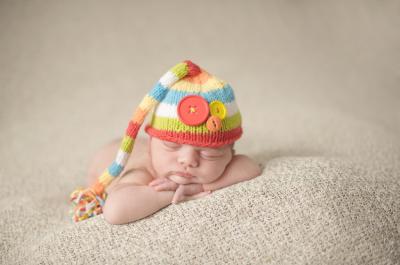 A Classic Way To Remain Calm

Today's lesson in the classics comes from the great Roman poet Virgil, a.k.a. Publius Vergilius Maro. Maybe you were force-fed his grand epic, The Aeneid, which followed Trojan refugee Aeneas as he struggled to fulfill his destiny and arrive on the shores of Italy. Maybe you even read some of it in translation instead of taking the CliffsNotes shortcut.
If you paid attention, you would have noticed a good many lines that have become so common as to seem timeless. The fact is Virgil probably penned more sayings still in use today than what has slipped into our language through Seinfeld episodes. The ancient bard could turn a phrase.
Here's one that you hear a lot in the business world today: Aegrescit medendo. Okay, maybe you don't hear it in Latin. The literal translation: The disease worsens with the treatment. Its more common usage: The cure is worse than the disease.
We hear this regularly from bankers as they try to deal with the flood of government regulation. In the post-crisis world, regulation is brutally tight and bankers are feeling immense pain. Community bankers in particular are swept up by all of this and must spend money to adhere to rules similar to those applied to big banks. This hardship erodes the ability to compete and prosper. In effect, the cure is worse than the disease.
A recent survey of community bankers shows just how big a toll the new regulatory environment is taking. The survey was conducted by the Conference of State Bank Supervisors (CSBS) and state regulators. The survey results include 974 responses from commercial banks with assets less than $10B in 39 states.
The survey asked bankers to quantify the cost of regulatory compliance to their operations in six areas. When the results were tallied, the bill came to a whopping $4.5B, which the report says represents 22% of all net income for those banks. Here's a breakdown of the percentage of expenses in each survey category that were attributed to regulatory compliance: consulting (38%); accounting and audit (30%); legal (20%); data processing (16%); and personnel (11%).
One conclusion that can be drawn from all this is that regulation has been very good for non-banker consulting and legal firms, but not so good for bankers themselves.
Meanwhile, consider another survey of community bankers by KPMG. It found 45% said compliance costs are 5% to 10% of total operating costs and 33% said compliance costs are 11% to 20% of total operating costs. Bankers said the biggest drivers of compliance costs are Anti-Money Laundering (23%), consumer protection (17%) and lending practices (17%).
This pressure on community banks, particularly when rates are so low, is leading to heated discussions with regulators about easing the burden. Things have gotten so crazy that even Fed Chair Yellen is actively saying publicly that bank regulation and supervision should not be "one-size-fits-all" and regulators need to reduce the "unnecessary regulatory burden" on community banks.
Barring some major reversal of banking regulations in DC, community bankers are for the moment stuck with the regulatory cure that was imposed on all banks in response to the financial collapse caused by nonbanks and bigger brethren.
Community bankers who may tend to go ballistic trying to comply with the new regulations might do well to turn to the classics for guidance on how to deal with it all.
Virgil's advice: "Remember to maintain a calm mind while doing difficult tasks." Or, if you are looking for something more recent, consider this advice from LL Cool J: "When adversity strikes, that's when you have to be the most calm. Take a step back, stay strong, stay grounded and press on."
Subscribe to the BID Daily Newsletter to have it delivered by email daily.

Yields rose 1bp after cost of living data signaled that inflation will rise towards the Federal Reserve's target.

Former Wells Fargo CEO Dick Kovacevich said on CNBC that issues bubbling globally don't yet apply to the US and that he does not foresee a recession. He also indicated negative rates place strains on the banking system, cause currencies to devalue and would be a big mistake here in the US.

A survey by Deloitte finds 10% of middle market businesses ($10mm to $100mm in revenues) are thinking about establishing a relationship with a nonbank provider as they seek out more specialized expertise. Meanwhile, 80% say they are unlikely to cut ties with their primary bank over the next few years.

Reading the tea leaves here, it appears the Fed is less confident in the growth outlook given market volatility and low inflation, so look for it to reduce projections for rate hikes this year from 4 to about 2.

CNBC reports analysis by robo-advisor SigFig finds the median male investor lost 1.8% over the past year vs. only 1.4% for the median woman. That compares to the S&P 500 that lost 1.1% over the same period. Researchers who track such trends say men tend to be overconfident in their trading prowess and trade 30% more often than women.

A survey by Goldman Sachs finds 60% of people who have used Airbnb or other peer to peer home sharing services were unlikely to return to a hotel.

The FDIC has released a proposal that forces 36 large banks to provide detailed data on insured deposits within 24 hours of a failure.
Copyright 2018 PCBB. Information contained herein is based on sources we believe to be reliable, but its accuracy is not guaranteed. Customers should rely on their own outside counsel or accounting firm to address specific circumstances. This document cannot be reproduced or redistributed outside of your institution without the written consent of PCBB.