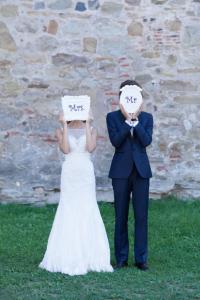 In October 2011, reality TV personality Kim Kardashian married then New Jersey Nets basketball player Kris Humphries in one of the world's most overly publicized weddings to ever take place. The wedding ceremony, which was just one ring shy of a three ring circus, took place in Montecito, CA and has been estimated to have cost a whopping $10mm--with flowers alone accounting for $2mm of that total. As with all things Kardashian, everything related to the wedding was heavily publicized, televised and widely reported. What is perhaps the most ridiculous part of the couple's wedding is the fact that their marriage lasted a mere 72 days before Kardashian, fittingly, filed for divorce on Halloween.
This marriage debacle made us think about mergers and acquisitions among banks. We thought you might be interested to get an update on how everything works out, how many live happily ever after and how many end in divorce.
Given all the hype around the pace of community bank M&A, we thought it would be a good time to go through some of the biggest factors that can negatively impact M&A deals.
Pricing is one of the biggest because everything else comes off of that one. After all, no one wants to overpay and no one wants to sell out for too low a price. This is even trickier given changes to the accounting rules banks must adhere to, so it can be extremely problematic if not looked at closely. At the most basic level, purchase accounting requires the bank's books be marked to market, so even loans that are current and carry little risk can be poorly structured or open to future issues and be marked down. This factor alone can significantly impact the value of any potential deal.
Because of the intricacies of any deal, proper due diligence is critical. No buyer wants to close a deal, only to find out that there are issues with loans, exposures it did not know about or other problems. As such, in-depth due diligence using experienced teams can help uncover issues before they become an issue. One of the most critical elements here is the due diligence required to ensure cultures of both banks work, so look before you leap.
A Deloitte survey asked directors what their top concerns were related to M&A. They said: a failure to effectively integrate (37%), economic uncertainty (18%), a changing regulatory and legislative environment (16%), inaccurate target valuation (14%), insufficient due diligence process (6%), and improper target identification (5%). Further, the same survey asked directors what single greatest risk they thought was cause for concern during integration & found: achieving cultural fit (47%), synergy capture (25%), customer retention (20%), and workforce transition (5%).
Not surprisingly, given the heightened regulatory environment within the banking industry in particular, regulatory issues are also a major reason many M&A deals are either stalled or abandoned. Since regulators look closely at whether an acquirer has adequate management, capital and other factors in place to adequately comply with regulations following a merger or acquisition, it is important to consider this issue before any merger discussions begin. That way you will surface any regulatory concerns so they won't prove problematic.
One area regulators are specifically concerned with these days for instance is the overall stability of merged entities. They start by looking at the CAMELS ratings for the combined entity to be sure a merger will result in an acceptable rating overall. Pro forma analysis is common here and banks should work up a full-blown enterprise risk management analysis to address issues up front.
Doing any M&A deal takes a lot of work and many things can go wrong along the way so care must be taken. In fact, Deloitte research finds 90% of corporations and 96% of private equity investors that did M&A transactions said some portion of their transaction did not deliver as expected last year (those are also the same percentages as the year before).
A good marriage takes a lot of work, so be choosy and pick the right partner if you go down this road so you stand a better chance of living happily ever after.
Subscribe to the BID Daily Newsletter to have it delivered by email daily.

A Ponemon Institute report analyzing the activity of hackers finds: the average hacker will spend 70 hours per attack to breach a typical IT security infrastructure, 147 hours to break into an excellent one and will give up completely after 209 hours (8.7 days).

A study by the Transamerica Center for Retirement Studies finds 60% of people retired earlier than planned despite the fact that only 16% had enough money to do so. About 27% left their job due to health issues.

A Market Force Information survey finds the top factors consumers say their bank does very well are: making it easy to handle frequent transactions (64%); having branches that can be easily accessed (62%); having an excellent reputation (54%); resolving issues efficiently (53%); and communicating information clearly (49%).

The Census Bureau finds Americans under 35Ys old represent the biggest age demographic in the workforce, but more than 60% of millennials employed full-time earn less than the median income level of $46,480.

McKinsey reports M&A activity worldwide surged to a new high of over $4.5T in 2015, a 37% increase over 2014. Of note, deals valued at more than $10B surged 130% YOY.
Copyright 2018 PCBB. Information contained herein is based on sources we believe to be reliable, but its accuracy is not guaranteed. Customers should rely on their own outside counsel or accounting firm to address specific circumstances. This document cannot be reproduced or redistributed outside of your institution without the written consent of PCBB.