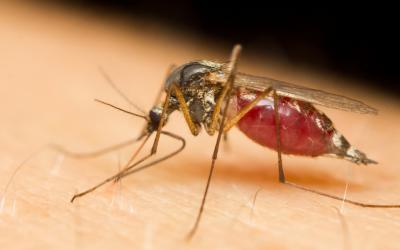 Those who put going to the Rio Olympics in Brazil this summer on their bucket list are now rethinking what sort of risk profile they want to accept given the state of emergency there. Even worse perhaps given its proximity to Mainland US, Hawaii just announced a state of emergency of its own. The problem in both tropical locales relates to the mighty mosquito and what it is carrying around--namely, the Zika virus and dengue fever, respectively.
This is bad because the Centers for Disease Control (CDC) indicates there is no vaccine or medication to prevent a Zika virus infection and that is dangerous because they also say there is evidence "suggesting an association of Zika virus infection with an increased risk for congenital microcephaly (abnormal smallness of the head) and other abnormalities of the brain and eye." This one is particularly bad for pregnant women who can pass the disease to unborn babies and sexual transmission is also possible. In response, Brazil has mobilized 220,000 troops to try and eradicate mosquitoes and reduce areas where they breed.
Meanwhile, the dengue fever outbreak in Hawaii has its own issues. Here the CDC points out the principal symptoms of dengue fever are high fever, severe headache, severe pain behind the eyes, joint pain, muscle and bone pain, rash, and mild bleeding. The scariest form of this can lead to persistent vomiting, severe abdominal pain, and difficulty breathing or even a failure of the circulatory system and death. Unfortunately, here too the CDC indicates there is no specific medication for treatment of dengue.
We bring this up because normally bankers wouldn't give a second thought to traveling somewhere exotic and fun. After all, no matter where you travel this summer you are likely to run into any number of different forms of risk. If you happen to travel with a seasoned risk management professional, you will undoubtedly catch them frequently calculating the risk/reward tradeoff. Basically, what risk am I taking for a potential reward that I am seeking? This question is really what forms the basis of modern day risk management.
Even bankers who are not specifically in the risk management group will measure risk all the time subconsciously as they wander around. Lenders measure the risk/reward tradeoff when considering whether to do a loan, branches measure risk/reward when someone shows up trying to deposit cash smelling of pot and there are hundreds or thousands of other examples. In essence, the entire banking industry is all about the risk/reward equation and seeking out ways to get the most reward for each acceptable level of risk.
To get a quick pulse on where things are we hit a few large bank websites and dug into their risk management programs. We found these banks typically try to build a risk culture that is deeply embedded into the bank. They want it to shape day-to-day decision-making and for every employee to focus on an underlying platform of ethics and proper business conduct.
These large banks typically also set up some sort of framework for risk that revolves around measuring, managing and controlling various forms of risk. These risks include: credit, liquidity, market, operational, compliance, legal, reputational and strategic. We will touch more on these in a future edition, but for now our advice is to focus on decision-making in its most basic form around balancing the equation between risk and reward.
In the meantime, our advice is not to get overly concerned this summer as you try to figure out where you are going on vacation. Instead, just double check the CDC website to measure the risks and then offset that part of the calculation against the reward. Risk is everywhere, so we hope this helps your team as you think about the issues facing the bank this year and into the future.
Subscribe to the BID Daily Newsletter to have it delivered by email daily.

Yields rose 9bp as US equities and oil rallied amid the release of positive retail sales data.

Bank stocks have taken an incredible pounding since November, as oil prices have tanked, market volatility has soared and concern over future credit risk has jumped. As things stand now, about 70% of banks deemed globally significant are trading below their tangible book value (i.e. less than what they would be worth if liquidated).

A Ponemon Institute report analyzing the activity of hackers finds: 72% of hackers won't waste time on an attack that doesn't hold the promise of quick and high-value information and 69% will quit if they see that the target has a strong defense.

A Bank of America Merrill Lynch CFO survey finds: 96% allocated budget dollars in 2015 to introduce new technology or upgrade existing systems and on average they allocate 6% of the total budget to upgrading or replacing technology.

Research by Meridian Compensation Partners on the banking industry finds almost 70% of banks use relative performance goals (i.e. in relationship to so-called "peers") for long-term incentives; however, regulators express concern with plans that do so, saying such plans may cause banks to chase peers and increase risk.

You might find it interesting that the global bond market is about 2x as large as the global stock market.

A PwC survey of banking and capital markets CEOs finds the following ranked as the top 5 most important categories of digital technologies: mobile technologies for customer engagement (93%); cybersecurity (93%); data mining and analysis (89%); socially enabled business processes (70%); and the Internet of Things (67%).
Copyright 2018 PCBB. Information contained herein is based on sources we believe to be reliable, but its accuracy is not guaranteed. Customers should rely on their own outside counsel or accounting firm to address specific circumstances. This document cannot be reproduced or redistributed outside of your institution without the written consent of PCBB.