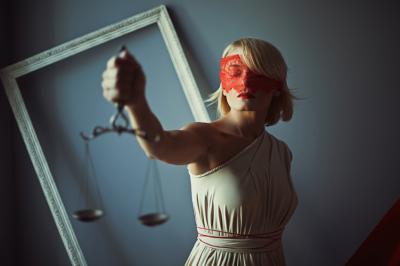 The Art Of Basel & Regulation

by Steve Brown
Share this Article:
2016 is just over 1 month old and Art Basel, the Swiss art fair, is already selling tickets for its June presentation. The renowned event is the big affair for galleries from every corner of the world. Nine hundred galleries are fighting tooth and nail for about 300 booths. They spend weeks working on their application, telling about the history of their gallery, their past exhibitions and detailed biographies of their favorite artists. Some of them even show fake booths with miniature models of their planned exhibit and mini reproductions of the masterpieces they intend to present at Basel. That is all for the benefit of the 6 members of the jury.
Basel is a unique annual fine art exhibition. Basel, the great patron of the arts, is also known for its financial acumen. The Financial Stability Board (FSB) is based in Basel and its global regulators quietly set the tone for the biggest banks in the world. Their latest work: new guidelines on how to prevent banks from becoming "too big to fail." Each designated country generates its own implementation process, but the result looks a lot like what the gatekeepers in Basel had recommended.
FSB regulators still want the largest banks to raise $1.19T by 2022 in debt instruments. These banks should maintain sizable cushions able to absorb losses when a financial crisis is looming on the horizon. Regulators remember too vividly what happened in 2008, when taxpayers were obliged by their government to bail out banks. In the future, the cost of the banks' failure would be supported by its investors, not the general public.
In the US, 8 banks are affected by the new guidelines: JPMorgan, Wells Fargo, Bank of America, Citigroup, Goldman Sachs, Morgan Stanley, BNY Mellon, and State Street. These banks will all have to issue debt that could be used to defray losses in times of crisis. These debt instruments will cover losses when a bank's equity is wiped out and regulators will avoid a potential panic caused by a domino effect. So-called Total Loss Absorbing Capital (TLAC) of the banks will need to equal 16% of their assets in 2019 and 18% by 2022.
The FSB recommendations are designed to make the banking industry safer. However, some professionals fear that it will affect the dynamics of lending for every institution. They say new types of debts will command higher interest rates. Banks will find them more expensive, so they will be inclined to lend less. We will have to wait and see, but banks today have better cushions in reserve and more commercial loans outstanding than they had before the financial crisis. This is also true for auto loans.
Indeed, big banks are faring rather well across the board. So well in fact, that experts wonder if the new guidelines could also negatively affect community banks. Consider that the avalanche of debt coming from the big 8 may reduce the money available for community banks who are also trying to raise capital. This could create high transaction costs.
At the end of the day, the new standards are designed to make sure the largest banks have enough capital to absorb losses if the bank fails in order to protect against further contagion in the broader financial system.
Art is in the eye of the beholder and no matter whether you find it in Basel or in your own backyard, the art of financial regulation continues even in this 8th year out of the recession.
Subscribe to the BID Daily Newsletter to have it delivered by email daily.

The Basel Committee is expected to review leverage ratio rules this year and may include client collateral as part of bank assets, according to JPMorgan.

In an effort to pull the 10mm unbanked households into the banking system, the CFPB has asked the 25 biggest banks to provide low-cost, no overdraft fee accounts to this group of consumers and to publicize their availability of such accounts.

JPMorgan has reportedly purchased $900mm in consumer loans owned by Santander Consumer USA that were arranged by LendingClub.

Bloomberg reports about 13mm Americans say they have hidden a checking, savings or credit card account from their spouses or partners. Meanwhile, a survey by Princeton Survey Research Associates finds that by age category, those who did so were: 18-29Ys (about 7%); 30-49Ys (just under 6%); 50-64Ys (5%); and 65Ys+ (2%).

A Ponemon Institute report analyzing the activity of hackers finds the average hacker makes less than $29,000 per year.