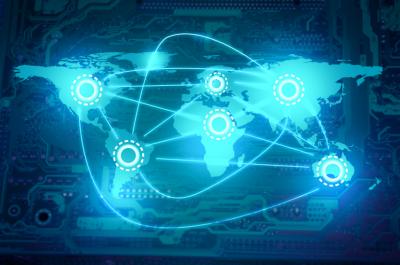 by Steve Brown
Share this Article:
Once upon a time the world was flat. More specifically, the world was flat until some wag named Pythagoras came up with the round earth theory back in the 6th century B.C. and either Amerigo Vespucci or Christopher Columbus proved the theory correct. Since then, it has been this way for centuries upon centuries.
Then in 2005 the world got flat again, thanks to economist Thomas L. Friedman, who proclaimed it so in his aptly-named book, "The World is Flat." Of course, Friedman didn't mean the world was literally flat, but rather that global economic trends had flattened many of the differences and distances between and among nations, creating an increasingly interwoven and competitive global economy. Today we live in a world ordered around Friedman's flat earth cosmology.
Sitting behind a desk in a community bank in Small Town, U.S.A., it might be convenient to ignore Friedman's ideas, to ignore what's happening in China or Argentina or Greece and focus locally. But in fact, what happens in one part of the world now creates ripples that can reach the pizza shop next door, and ultimately the bottom line of a community bank. As such, it behooves community bankers to factor the potential impacts of global economic events into their own business analyses on everything from loan loss reserves to deposit growth.
Take one major global issue today: the slowing Chinese economy. Kyle Bass, head of Dallas-based Hayman Capital Management, who was one of the early predictors of the last recession, recently offered some views on China and the global economy in an interview with Forbes. Emerging markets, which made up 12% of global GDP in 1998, now make up 34%, he noted. China leads the pack and its current economic slowdown doesn't bode well for the rest of Asia (and consequently for the economies of the emerging markets as a whole), he pointed out.
The good news is that even if the countries that now account for one-third of global GDP slow to a crawl or go negative, it probably won't throw the US into recession, Bass said. The bad news for community banks though, he added, is that what is taking place in China and the emerging markets could shave 1.5% off US GDP growth. That would leave the US with growth around 0.5% to 1.0% in 2016. Since GDP is the basic foundation for loan growth, that isn't great news.
Further, China isn't alone in experiencing problems that could spill onto our shores. There are lingering impacts of the global financial crisis in Europe and Russia is reeling from the oil bust. Meanwhile, the strong dollar is cutting into US exports, which hurts a wide range of businesses. In short, there are many global economic factors that could spell trouble for businesses here and the banks that service them.
While big US banks take great pains in trying to factor global economics into their business models, community bankers often make little or no attempt to do the same. As such, many are often surprised when US growth slows and good loans suddenly and inexplicably go bad. This makes sense when you consider that global factors can take time to show up locally.
Perhaps it is time to do a periodic and more rigorous study of global economic forces and how they affect the particular local business environment you operate in. Doing so may help inform your banking decisions as you ultimately avoid unpleasant surprises down the road.
After all, you wouldn't want to find yourself going over the edge of the earth as you sail along given how flat the world is today.
Subscribe to the BID Daily Newsletter to have it delivered by email daily.

Cooking Up A BYOD Plan

Barclays and Credit Suisse will pay a combined $154mm to settle investigations by the SEC and NY AG that they misled customers about being able to trade on so called "dark pool" exchanges. Dark pools are private exchanges where trading of stocks and bonds is confidential.

The FDIC highlights in its Winter Supervisory Insights publication that cybersecurity has become one of the most critical challenges facing the financial services sector and cyber attack frequency and sophistication are increasing. As such, regulators expect banks to: develop an effective cybersecurity awareness program for employees and customers; have strong patch-management programs; a strong detection program; sound risk management; enhanced information security programs; corporate governance; and security awareness training.

A PwC survey of banking and capital markets CEOs finds: 92% are confident about their growth prospects over the next 3Ys, but 89% are concerned over regulation is a threat to that growth. Other top 5 business threats: cyber threats including lack of data security (79%); availability of key skills (71%); speed of technological change (68%); lack of trust in business (63%); and shift in consumer spending and behaviors (63%).

ABC news reports that shifting consumer behaviors and strength in online buying will push about 50% of shopping malls in the US to close in the next 14Ys.