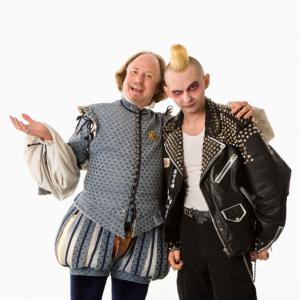 Not Quite A Shakespearean Plan

by Steve Brown
Share this Article:
In the final scene of King Lear, pretty much everyone dies. Lear's good-hearted daughter Cordelia, destined to inherit the throne, is hanged. His two other daughters, vying to usurp the crown: bye-bye. Edmund, the schemer who callously woos those two daughters in an attempt to gain stature: killed in battle by his upstanding brother, Edgar. Lear: dead of grief on learning of Cordelia's demise. Edgar, by virtue of being the last one standing, gains the throne. Fortunately, he happens to be one of the good guys, so the kingdom is at last safe and secure.
This is how you do succession planning when you are William Shakespeare. It may be a bit messy, but at least it's something. That's more than can be said for far too many banks today perhaps, as many just don't do that much succession planning. In fact, consultants suggest 33% to 50% of banks don't have effective succession plans.
This situation leaves banks vulnerable to problems if a sitting CEO decides to leave, retire, is ousted, or takes the Shakespearean exit and dies in office. Compounding this issue is that the lag in adoption of strong succession plans exists despite the aging of bank CEOs. Consider a Morgan Stanley study a few years ago that found the average age for bank CEOs was 58; the average age for banks that were sold was 61; and the average age for the 35 banks sold during the first nine months of 2012 was nearly 65. What that suggests is that the older the CEO, the more likely the bank will be sold. Some of this issue points to poor succession planning perhaps.
In fact, banking analyst and author Richard Parsons says that community banks are particularly vulnerable to succession issues. He reviewed 399 community banks with fewer than $10B in assets and found only 50 (about 12.5%) had CEOs younger than their 50Ys. He pointed out that not enough bank boards are considering who will run their institutions in 2020 and beyond.
Some of this problem comes from sitting CEOs. They may resist strong succession plans for a number of reasons. Sometimes they aren't sure exactly when they want to retire and they don't want to groom an impatient heir apparent. Other times they are intent on holding onto the position until they die.
No matter the situation, banks need to have a good plan in place or boards can find themselves forced to rush through the process of finding a new CEO at an unexpected moment. If in-house talent hasn't been groomed, the next stop may be the management ranks of bigger banks. The problem there is that since the late 1990s, large banks have shifted profit and loss responsibilities from local markets to higher levels within the bank's central operations. That leaves scant few local executives in large banks with the experience needed to properly run the ins and outs of a community bank.
To avoid problems or being forced to sell out, community banks need strong and effective succession plans that include identifying and training in-house talent. While planning for the CEO position is the top priority, the bank should also not neglect succession planning for other key positions.
For those who need a manual, the ABA in November released a new guide, "Succession Planning for Banks." It features steps for developing and implementing succession plans and it isn't a bad place to start.
Then again, those boards who would rather not invest the time and money required for a thorough succession plan may simply be taking the King Lear way out. They may just be hoping the last person standing is an upstanding Edgar ready to rule.
Subscribe to the BID Daily Newsletter to have it delivered by email daily.

Research by Biscom finds 87% of employees take data and documents they have created on the job when they leave their company because 59% said they felt they owned it and 77% thought the information would be useful in their new job. The most common ways data was stolen from companies was through: a flash drive (84%); emailing to personal accounts (47%); printing hard copies (37%); loading onto a shared drive (21%); and saving it to the cloud using services such as Dropbox (11%).

S&P reports the number of companies with the lowest credit ratings and negative outlooks has climbed to 195, the highest level since Q1 2010.

Gartner research finds the average employee wastes 2.75 hours per week on personal Internet use while at work. This is roughly the cost equivalent of 6.8% of total employee salaries per year.

You may find it interesting that research finds it takes about 3x longer to complete a carelessly planned project than originally estimated and 2x as long when you plan carefully. People just aren't very good at projecting how long something is going to take and they tend to be too optimistic. Meanwhile, research also finds that 70% of projects fail to deliver the benefits anticipated at the outset.

A study by Yahoo finds 33% of adults bring some form of debt into their relationship, with an average of $4,100 in credit card debt.

Apartment rents have risen more than 20% since early 2010 according to real estate research firm Reis.