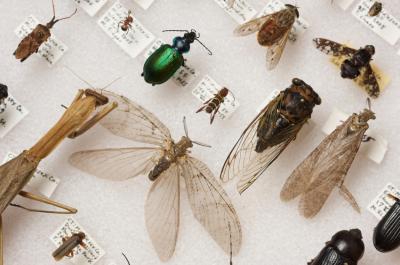 by Steve Brown
Share this Article:
Did you hear about new research that finds the average human household lives right alongside around 100 distinct morphospecies (basically bugs) every day? In fact, about 98% of homes contain book lice, 96% have dark-winged fungus gnats, 78% have cockroaches and 100% have spiders, beetles, flies and ants, to name a few. We had no idea when NASA warned us that we were not alone that they were telling us to look to the floor (for bugs) and not the sky (for aliens). Just goes to show you that you can learn something new every single day if you put your mind to it.
The same can be said for bank M&A activity over the years. No, we aren't talking about bugs per se here, but rather that you can learn something if you take the time to actually stop and count what is happening around you (didn't see that tie back to the intro coming did ya!).
Over the past 5 years or so, community bankers would have to have been disconnected from reality not to run into an investment banker at a conference talking about how much M&A was ramping up. "Get on board!" they would shout, or get left behind in the dust like a dust mite.
As we do every year, we wait for the final data to do our analysis and then blow the dust out of the room as we report back to you. Well, here is the bottom line--we had FEWER bank and thrift (bank) deals in 2015 than in 2014 AND the percentage of bank deals vs. the universe of the industry was RIGHT IN LINE with longer term averages.
For comparison, we pulled FDIC data and looked back 10Y. When you do that, you find that for any given year the percentage of banks at the end of the year is roughly about 4% less than the percentage that started the year, or about 1% per quarter. In 2015, the number of bank and thrift deals was 281 according to SNL Financial. This compares to 287 (in 2014), 227 (2013), 222 (2012) and 152 (2011).
According to FDIC data, the number of banks and thrifts that existed at the end of 2010 was 7,659 vs. about 6,228 that were around at the end of 2015. That means about 1,430 banks went away or about 286 per year. When compared to this data point, the 281 deals last year would be slightly below average. Further, when you go back 10Ys, the data shows the number of banks and thrifts has declined by 2,605 or about 261 per year. Based on that average, 2015 was slightly above the average.
So, what this basically tells us is that for 2016 (at least historically speaking), somewhere around 2% to 4% of banks and thrifts will merge away just as they have each year prior based on the pure math of it all. That means we start 2016 with about 6,228 and it will end up around 6,100 to 5,980 or so (125 to 249 deals).
Maybe it is time to bring in some entomologist researchers to dissect the banking industry. They could use a butterfly net to catch the data, pick it up with forceps for inspection, pin it to a pinning block and finally drop on some labels to be sure no one is confused. To be clear, we absolutely believe the industry will continue to consolidate, just not at the same pace as some might have you believe and based on the historical data.
Special note for 2016: given the odd nature of what is happening with oil and the dislocation in the market that is following along with it, investors are concerned about bank exposures to oil and gas companies. That, along with increased cyber risk, could very well slow things down even more. We will have to wait and see, so tune in again about 365 days from now to once again see the analysis.
Subscribe to the BID Daily Newsletter to have it delivered by email daily.

Axiometrics research projects that over the next 3Ys, developers will build nearly 1mm apartments vs. 900k built over the prior 3Ys.

Analysts predict so-called online robo-advisors will see their assets under management jump from under $100B today to as much as $7T in the next 10Ys. The shift in demographics and increased reliance on artificial intelligence are key reasons.

Lawyers for farmers are pushing for the Chapter 12 bankruptcy limit to be changed from $4mm to $10mm. They cite changes in farming where farms have become larger over time, so the $4mm cap isn't high enough.

The International Monetary Fund (IMF) reduced its 2016 global growth forecast to 3.4% this year vs. 3.6% it projected in Oct 2015. The IMF cited a sharp slowdown in China increased risk to global growth. Meanwhile, the IMF projects US GDP will be 2.6% this year, also down from 2.8% in Oct.

Fidelity Investments reports people who say they are on track to live comfortably in retirement climbed 18% over the past 2Ys (from 38% to 45%).

MCI research finds US companies have about 11mm meetings every single day and that 50% of the meeting time is wasted. To improve things in 2016, don't bring other work to the meeting (70% tend to do so); work off a prepared agenda (73% say this is very important, yet 63% of meetings don't have one); understand meetings cost about $500 to $1,000 per hour on average (so stay focused); and be sure to circulate the notes/minutes when you are done with any meeting to others who attended and to those who did not, but are important to the outcome (82% of executives share meeting notes with colleagues).