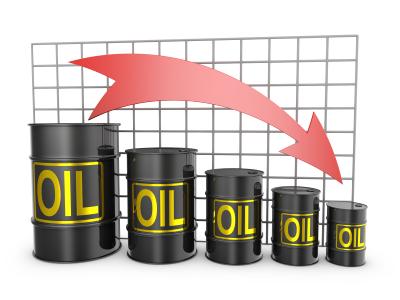 by Steve Brown
Share this Article:
Come and listen to a story about a man named Jed. A poor mountaineer, barely kept his family fed. If these words sound familiar, you are dating yourself. They are the opening lines of the theme song to the 1960s sitcom The Beverly Hillbillies. Therein, the family of Ozark hillbillies strike oil, get rich and move to the promised land--or as it's better known--Beverly Hills.
Once there, they acquire a guide to shepherd them through the complicated demands of their new wealth, namely one Milburn Drysdale. Mr. Drysdale is a community banker who happens to be the only guy in the show in a suit and tie. What his bank did in the pre-hillbilly era is unclear, but now that he has their oil money to manage he seems to have little time for anything else.
Of course, the relationship between a banker and a rich oil man are nothing like the Beverly Hillbillies depiction. Well, maybe a little bit. In fact, when it comes to certain community banks, the similarities are a little too close these days perhaps.
Indeed, depending on where your bank is located in this great country of ours, you might have too much oil lending in the book. After all, oil prices have declined to 12Y lows and it looks like things won't get much better here for some time to come. That will likely lead to more loan losses and certainly more loan loss reserve set asides.
The impact of the oil drop is most acute in energy-business states like TX, LA, ND, SD and AK, but the fear is that the infection could spread beyond those states to others with only modest energy exposure. If oil continues to fall in 2016, fears are that it could set off a chain reaction that harms even those banks with only modest and far-removed exposure to oil.
Long-time banking analyst Dick Bove of Rafferty Capital Markets said last January that declining oil prices would be a big issue for a great many banks, particularly ones located close to production centers. When he made his comments, oil was around $45 a barrel and now it is just broke through $27--the lowest in 13Ys. Some analysts now project it could drop to $20.
A banking consultant and former executive at several community banks said in a recent American Banker article that a number of community banks are particularly vulnerable to the oil bust. He indicates some were too careless in their rush to join the oil stampede, failing to properly train or hire the expertise needed to play in that field. He also indicates that many of the loans these banks made were to smaller exploration and production companies with weak mineral rights claims. Whether you agree or not, any such loans are now particularly vulnerable given the plunge in oil prices.
The potential for oil-related problems at community banks is serious enough for the OCC to even single it out in its quarterly risk assessment as an issue to watch. In the review of credit underwriting at community banks, the report noted, "Where indicated, examiners will also assess banks' actions to assess, monitor, and manage both direct and indirect exposures to the oil and gas sector, given the recent decline in oil prices and the potential for a protracted period of low or volatile prices."
No matter your exposure to the oil and gas sector, we note that Beverly Hills banker Drysdale never had to worry much about declining oil prices during the show's run. During that time, the Clampetts were the gift that never stopped giving. Unfortunately, in the real world today, community bankers have to more actively manage such exposures given the decline and have a lot more reason to be concerned about how the price of crude is affecting their own oil barons and in turn their own bottom lines.
Subscribe to the BID Daily Newsletter to have it delivered by email daily.

1) mBank ($746mm, MI) will acquire The First National Bank of Eagle River ($141mm, WI) for about $12.5mm in cash. 2) Pinnacle Bank ($8.5B, TN) will acquire an additional 19% of Bankers Healthcare Group for about $114mm, bringing its total ownership percentage to 49%. Bankers Healthcare provides loans and other financing solutions to health care professionals across the country.

The federal spending bill approved in Dec includes tax changes that according to Wells Fargo will allow global companies and pension funds to invest in commercial real estate on par with US companies. This change is expected to boost investment in CRE.

A survey of millennials by Mitek finds 61% would prefer to use fingerprints to identify themselves on mobile devices and nearly 33% said facial recognition would be acceptable. Meanwhile, research by Goode Intelligence finds 450mm people worldwide will be using biometrics as the principal authentication method in the next 4Ys. Finally, a survey by Telstra finds 67% of Americans say biometrics would improve banking security and reduce the risk of fraud.

A PwC survey of CEOs finds only 27% expect global economic growth to improve over the next 12 months vs. 37% who felt that way last year. Further, only 35% said they were "very confident" in growing their company's revenue in the next 12 months.

JPMorgan indicates the market is pricing in about a 75% chance of a recession this year. Note that this compares to only a 25% chance according to their models. Also of note, Morgan Stanley currently projects the probability of a global recession of 20% in a worst case scenario.