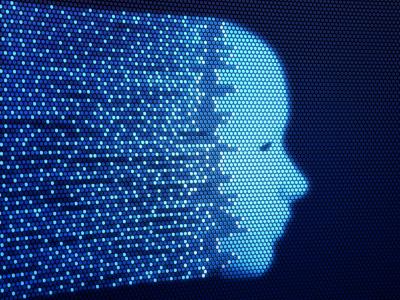 You've Been Digitized, Uberized And Amazonized

Digital disruption is making an impact on every aspect of our lives. In fact, Amazon has largely wiped out small independent bookstores and now broader retail chains are under stress. Things are so crazy that Amazon how accounts for about 50% of all online retail sales growth in the US and it is #1 among all Internet companies at about 35% of total internet revenue.
When it comes to streaming on demand movies and TV, Hulu, Netflix and yes, Amazon, are turning traditional delivery upside down. Viewers who used to anxiously await the next episode now devour an entire season in one weekend.
Finally, if you travel at all you know the taxi and transportation industry has been rocked by Uber (who just hit 1B rides), while hotels have been hit hard by online accommodations company Airbnb (60mm guests to date and operating in 190 countries). Digital disruption indeed!
In short, the digital revolution is everywhere and in every sector, so don't expect to be done with it--ever. Futurists even promise that disruption tends to happen in waves: once you feel it, you will soon feel it again.
A recent case in point--Uber, who is now targeting the post office, FedEx, UPS and others by diversifying into delivering food and retail goods. There is an UberFresh in Los Angeles and an UberEats in Barcelona that offer the delivery of pre-selected restaurant items to your door. Even UberRush in New York City proposes bike courier services.
The banking industry is not immune either. Very recently in fact, Uber executives admitted they are working on a banking services proposal. The stated goal is to offer quicker pay to their drivers. Currently, Uber contractors get their money once a week. Meanwhile, they have to pay for gas, maintenance, tolls and other things as they wait for payday. Some drivers don't like it so to reportedly retain drivers, the company might seek to have drivers open a bank account with Uber or get a pre-paid card. Doing so would mean the drivers would be paid the same day and it could result in more fees for Uber and more float perhaps.
This latest proposal has touched a nerve because other competitors are reportedly looking into it as well. Lyft for instance just introduced an Express Pay feature that allows drivers to cash out at the end of the day, after they made at least $50. They just tap on their screen and the money is deposited into their bank account.
What should community banks do about this? Should you look suspiciously at the startup turned cab giant, turned bank or try to join forces with Walmart? Or, do you join the movement?
We think you have to keep reading and experimenting to keep things moving forward. Consider partnerships with startups, study the innovations and monitor adoption rates to see if anything they are doing makes sense for your community bank.
Things are moving so you may have to hail Uber to get where you are going. We say this because Uber seems to have also spotted another unexploited area--car financing. While this could rock the larger banks and perhaps credit unions, it bears watching because these drivers are also small business people.
In the auto-financing world, Uber launched a pilot program called Xchange leasing. Xchange links together dealerships, financing partners and drivers. Right now the service is limited to Los Angeles, San Francisco, San Diego and a few cities in GA and MD. The Xchange leasing option is reportedly more flexible than usual lease offers. Drivers who participate for at least 30 days can return the car with only two weeks notice. Embrace the disruption and try not to get too freaked out as you go along for the ride!
Subscribe to the BID Daily Newsletter to have it delivered by email daily.

German bank Commerzbank has filed claims suing Deutsche Bank, Bank of New York, Wells Fargo and HSBC for $1.9B in losses related to mortgage-backed securities it bought where the other banks acted as trustees. Commerzbank is claiming the banks breached contractual and fiduciary duties.

Charles Schwab reported its robo advisory service grew 29% to $5.3B at the end of 2015. The growth reflects a trend of millennials and other investors to use online tools to allocate investments.

It is interesting to note that 64% of the time since World War II (9 of 14 times), recessions have occurred during the period when the Fed is tightening monetary policy.

Research by Yast finds common workplace time wasters are: having to attend too many meetings (47%); fixing other people's mistakes (37%); trying to contact people and find key information (36%); dealing with annoying coworkers (36%); socializing with coworkers (23%); having to do unproductive busy work (22%); and talking with coworkers (14%).

Gartner research finds on average it takes 32 days to detect an insider threat and it takes 17 days for companies to respond. The research also finds the top insider threats are related to data leaks (63%); inadvertent data breach (57%); malicious data breach (53%); fraud (36%); intellectual property theft (29%); espionage (23%) and sabotage (20%).
Copyright 2018 PCBB. Information contained herein is based on sources we believe to be reliable, but its accuracy is not guaranteed. Customers should rely on their own outside counsel or accounting firm to address specific circumstances. This document cannot be reproduced or redistributed outside of your institution without the written consent of PCBB.