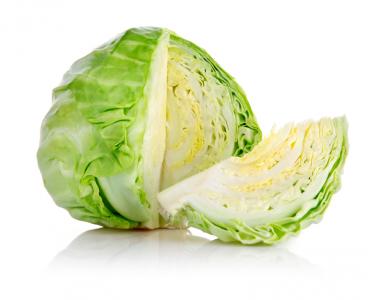 The Christmas of 1983 was a memorable one for children and parents alike, as it was the year that Cabbage Patch Kids first went up for "adoption" across the US. Manufactured by toymaker Coleco using nine different plastic heads and quilted fabric bodies, each Cabbage Patch Kid was said to be completely unique. Instead of being put up for sale, Coleco billed the dolls as being available for adoption. Each doll came with a unique name, its own birth certificate and adoption papers, as well as the legend of the dolls' origins. Coleco's advertising campaign was a huge success, so much so that the demand for Cabbage Patch Kids far exceeded the supply available. What resulted was a series of riots during the holiday season, as parents desperate to secure dolls for their children pushed and shoved one another, resulting in people being trampled and, in some instances, even violently attacked. By 1985, Coleco boasted record Cabbage Patch sales of $600mm, but just a year later, with the dolls readily available, demand fell significantly and by 1988 Coleco filed for bankruptcy.
The major swings in demand for Cabbage Patch Kids made us think about the rapid rise of the value of agricultural land to record levels over the past few years and the fact that those values have not only begun to flatten, but have already decreased in many cases. Meanwhile, with commodity prices having fallen between 40% and 50% since hitting their peak in 2013, the income that farmers rely on to repay agricultural loans has declined and is expected to fall even further. That is one reason why regulators are increasing their focus here as community banks continue to take action.
Rural community banks in particular have significant exposure to agricultural loans. Of the 5,412 community banks with assets under $10B, as of the end of Q2, about 1,889 had a proportion of agricultural loans well above the national average of 17.4%, according to a recent Fed study. The study also found the median assets of these banks was $104mm, with the largest number located in IA, followed by IL, KS, NE and MN.
The research also found the value of farmland (which serves as collateral for the majority of the loans held by community banks with high agricultural concentrations), soared between 2004 and 2014--averaging YOY gains of 8.4% during that time. In fact, in real terms, land for crops in the Midwest became more expensive during that period than at any other point within the past 50Ys, including the period before the Farm Crisis in the 1980s. If history is an indication of what declining values of commodities could mean for banks, community banks may need to take further action and regulators will certainly be taking a closer look on the next exam cycle.
The research points out that like the recent escalation in the value of agricultural land, a similar rise occurred in the mid-to-late 1970s. Back then, such properties saw strong YOY growth that occasionally climbed above 10%. But when the value of that same land dropped 27% (40% in real terms) by 1987, the fallout for community banks was significant. Between 1982 and 1988, roughly 200 community banks with significant agricultural exposure even failed.
Given this reality, Feldman and Smith analyzed how a decline in the value of agricultural land would impact community banks if it were to result in losses on those loans. According to their findings, in the event of a severe 1Y decline in values of 25%, the probability of failure for community banks with agricultural exposure increases between 24 and 30bps in the year of that decline. Further, it increases another 63 to 102bps the first year after the decline and yet another 101 to 165bps the second year after. Still, on the whole, the researchers conclude that there would not be a material change to the capitalization of the majority of banks specializing in agricultural lending even after all of this and only a subset of banks would experience significant losses. Looks like there is no Cabbage Patch situation here so far, but expect regulators to continue to monitor this closely so community bankers should be prepared.
Subscribe to the BID Daily Newsletter to have it delivered by email daily.

Yields were down just 1bp in a light day for traders before the Christmas holiday.

Bloomberg reports that Deutsche Bank says it has identified as much as $10B in suspicious transactions related to its Russian operations. The trades may not have been checked for money laundering and relate to customers of the bank moving money out of Russia using so called mirror trades.

The FTC has fined identity theft protection company LifeLock $100mm for allegedly exaggerating what the service does to protect individuals.

Credit rating agency Fitch says it expects regulators to ramp up scrutiny of shadow banks in 2016 given strong growth since the crisis.

Experts say spending 10 minutes per day planning out what you will do that day saves 2 hours of wasted time. Try this in 2016 to get more productive.

Regulators are warning banks to be careful of credit and interest rate risk on commercial real estate loans, given weakening loan covenants, extended loan maturities and limited guarantor requirements. Regulators warned rising interest rates will put pressure on capitalization rates, so exam teams will be looking at this area closely.

The Fed reports 74% of US adults use online banking.
Copyright 2018 PCBB. Information contained herein is based on sources we believe to be reliable, but its accuracy is not guaranteed. Customers should rely on their own outside counsel or accounting firm to address specific circumstances. This document cannot be reproduced or redistributed outside of your institution without the written consent of PCBB.