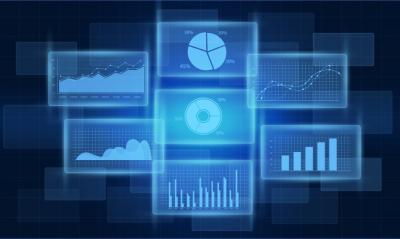 You are probably too young to know about the 1950 movie "All About Eve," but it has relevance today so we start here. In the movie, actress Bette Davis played an aging Broadway star that was threatened by her young ing?nue, Eve. Critics loved the movie and it was nominated for 14 Academy Awards, a record unmatched until "Titanic" toppled it decades later. Still, "All About Eve" is the only film in Oscar history that received 4 female nominations. Kudos to the enduring success of Eve.
In the banking industry, EVE may not be quite as glamorous as a Hollywood icon, but its namesake tool is just as dear to bankers. Economic Value of Equity (EVE) is pretty successful in projecting long-term risk exposure when it comes to interest rate risk. In fact, according to the Fed, IRR is all about measuring and managing the potential impact on bank earnings or capital due to changing market interest rates, so bankers use tools to handle that. Given the Fed is likely to increase rates soon, we thought we would help everyone get better prepared.
To begin, Fed literature points out that IRR management basically breaks down into using short-term measures (like static gap and earnings at risk) and longer-term measures (like long- term earnings at risk and economic value of equity).
The basic goal of the short-term measurements is to quantify the potential reduction in earnings that could occur due to changing rates over a 1Y to 2Y time horizon. Meanwhile, longer- term measurements are used to quantify the potential impact on earnings and capital over a longer time horizon.
This is where EVE comes in and can be useful. EVE begins by projecting cash flows from assets and liabilities over the life of each one assuming rates will not change. Then, cash flows are discounted back to determine their present value. After that, the present value of liabilities is subtracted from the present value of assets in order to determine EVE in the base case. Once you have that, cash flows can then be projected for a range of different rising and falling rate scenarios. These are all then discounted back (at higher or lower rates) to recalculate EVE for each scenario.
At the highest level, the modeler now has a variety of EVE data points that can be used to determine the bank's exposure to interest rate risk movement. These can then be compared to capital and earnings and the bank's management team can then determine how risky the current balance sheet structure is. For instance, if the analysis shows EVE drops when rates rise, Fed research shows financial performance is expected to deteriorate in the years that follow those when rates are increased. Given we are in that environment now, perhaps it is time to check your own asset liability modeling results to look at this more closely.
No matter where your reports come from or whether they are generated internally or externally, it is important to understand the assumptions first and foremost. Common mistakes include using basic assumptions that don't fit your bank or assuming that because the model says things are fine it will work out that way in real life. A model is a model, so be sure to ask questions, evaluate assumptions, and address issues before rates begin to move. We will cover other IRR measurements in a future edition, so stay tuned, but until then this one is all about EVE as life imitates art.
Subscribe to the BID Daily Newsletter to have it delivered by email daily.

We incorrectly reported on Monday that Royal Business Bank ($1.0B, CA) will acquire TomatoBank ($452mm, CA) for about $100mm in cash. The correct amount should be $15 per share or about $83mm.

The Wall Street Journal reports Apple is talking with US banks to develop and launch a mobile person-to-person payment service as early as 2016 that would allow people to send money to each other using their mobile phone.

Reuters reports the Fed and ECB senior officials are willing to accept the risk of brief market disruptions as the Fed moves to raise rates in coming months, while the ECB may cut rates to spur economic growth.

Boston Consulting Group research projects in 10Ys about 25% of jobs could be replaced by either smart software or robots. Meanwhile, researchers at Oxford University predict "47 percent of total US employment is in the high risk category, meaning that associated occupations are potentially automatable (i.e. can be replaced with robots) over some unspecified number of years, perhaps a decade or two."

Mitek Systems research finds millennials continue to want more mobile options and capabilities from their banks. These include: an easy login to their mobile banking platform, immediate access to services, and using mobile cameras vs. filling out paperwork.

Deloitte research projects shifting consumer trends could force 50% of American malls to close in the next 15Ys.

Travelers reports 25% of US consumers have been a victim of a data breach or cyber attack.

CNN reports research by the Harvard Business Review finds over 50% of employees do not have: regular time for creative or strategic thinking; an ability to focus on one thing at a time; opportunities to do what they enjoy most or opportunities for learning and growth.
Copyright 2018 PCBB. Information contained herein is based on sources we believe to be reliable, but its accuracy is not guaranteed. Customers should rely on their own outside counsel or accounting firm to address specific circumstances. This document cannot be reproduced or redistributed outside of your institution without the written consent of PCBB.