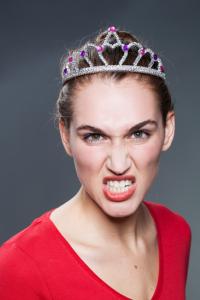 We Are Not Amused By Economic Projections

Back in 2008, Queen Elizabeth was clearly not amused when she asked about the financial crisis, "Why did nobody notice it?" Unfortunately, this is a not so simple question to answer given how quickly things change, a lack of transparency worldwide into markets and players and a system that rewards high leverage until it eventually doesn't.
For community bankers struggling to figure out when the Fed will raise rates and what impact it will have you are not alone. For eons economists have tried to predict recessions and rate movement using models more sophisticated than perhaps those that sent us to the moon and beyond. Yet, their ability to see into the future remains weak.
Consider for instance research released in 2001 by an IMF economist. He looked at the accuracy of economic forecasts worldwide during the 1990s and found it to be absolutely horrible. In fact, this was so much the case that he even quipped, "The record of failure to predict recessions is virtually unblemished."
Next, consider that the same IMF economist then convinced a college of his to work with him to update the research following the biggest economic crisis in our lifetimes. While 49 countries worldwide had fallen into recession by 2009, economists had not called a single one of those as late as Apr 2008. That is staggering in its shock value.
This problem has been going on for a long time. For instance, consider Fed research back in the mid 1980s that found commercial rate forecasters that were allowed to be within 2 percentage points of the actual rate could only reasonably predict the 3 month Treasury rate 6 months into the future with 67% accuracy. We have been out of school for awhile now, but the last we looked that was a grade of "D." Further, the Fed also quoted other studies at the time that even found "error statistics often double in size when the forecast horizon is extended to as little as from one to two quarters ahead."
Maybe you are thinking that is such an old data point, how accurate can it be? After all, the 80s are over and pastels aren't even in fashion anymore. Well, for an update around this issue we look to work done by North Carolina State University researchers from 2005. They used economist forecasts of interest rates and exchange rates that appeared in the Wall Street Journal's survey. Keep in mind that these blue chip economists were only forecasting 6 months ahead. Nonetheless, the researchers found that "none predicted directions of changes more accurately than chance" and the forecasted accuracy of most of the economists "is statistically indistinguishable from that of the random walk model when forecasting the Treasury bill rate" and was "significantly worse for many of the forecasters for predictions of the Treasury bond rate and the exchange rate."
Finally, we leave you with just a bit more to chew on as your team tries to predict where interest rates will go. First, know that most economists didn't predict the three most recent recessions (1990, 2001 and 2007) even after they had begun. Next, understand that as late as Nov 2007, economists saw only a 3% chance of a recession. Third, since 1990, economists have forecasted only 2 of the 60 recessions that have occurred around the world a year in advance or about 3%. Put another way, 97% of economic projections of recessions are wrong since 1990. Now we really know the Queen is not amused!
Subscribe to the BID Daily Newsletter to have it delivered by email daily.

Sorry, market rates are currently not available for this issue.
JOLTs: Sharp One-Off Decline, But Trend Lower For Openings

Moody's reports the average annual historical default rate for the past 6Ys is 0.1% for US investment grade bonds, 3.6% for US bank corporate loans and 2.5% for US non investment grade corporate bonds. These benchmarks are provided to help your credit teams monitor default levels for loans originated in comparison to the broader market. Separately, PayNet research finds the NAICS industry segments with the highest actual default rates in 2014 were transportation (2.5%), information (2.2%), retail (2.1%), administrative services (1.8%) and health care (1.8%). Meanwhile, PayNet found those that fared the best were agriculture (0.9%), public administration (0.9%), education (1.1%), entertainment (1.1%) and finance (1.2%).

LinkedIn reports mobile usage of its platform is growing at 2x the rate of overall activity and now represents 55% of all traffic to the platform.

CB Insights reports investments in the financial technology (fintech) space have reached nearly $14B this year, a 46% jump from 2014.

The RMA reports regulators want banks to actively manage the risk related to third party relationships that perform critical activities. Activities that could fit the definition include those that: could cause significant risk if the third party fails to meet expectations; could have significant customer impact; require significant investment in resources to implement the relationship and manage the risk or could have a major impact on operations if an alternative provider needs to be found or if the outsourced activity needs to be brought in-house. Something to ponder as you get ready for a new year to begin.

A Bank Director compensation survey finds banks do the following when it comes to granting equity to executives on an annual basis: no equity grants allocated (55%), restricted stock is granted (31%), stock options are granted (21%), synthetic equity is granted (5%).
Copyright 2018 PCBB. Information contained herein is based on sources we believe to be reliable, but its accuracy is not guaranteed. Customers should rely on their own outside counsel or accounting firm to address specific circumstances. This document cannot be reproduced or redistributed outside of your institution without the written consent of PCBB.