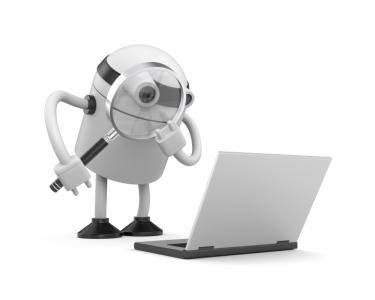 A Robotic Approach To Loan Documentation

We are fascinated with robots. We want one to do our laundry and empty the dishwasher, but most of all to go to the grocery store and put the things away once we get back home. Robot researchers are taking the love of robots to a new level by introducing swarms of them to do certain tasks. Think of a school of fish or a swarm of locusts. Here's the idea, there was a NASA lander that touched down on a comet only to fail at its attempt to drill and gather a sample. If 20 smaller landers had arrived on the comet at nearly the same time, then surely some of them would have worked. In addition, samples would have come from more than one area. It takes special techniques to keep little bots from crashing into one another, but there is real potential here for everything from military drones to package delivery robots. We can only imagine the effectiveness of a swarm of tiny bank customer service reps swirling out to greet a new potential customer with offerings of bank pens, candy and a dog biscuit for the family pooch.
Another area where a swarm of attentive robots could perhaps assist banks is in loan document review. Consider the power of swarming over loan documents looking for issues and solving them right then and there. After all, documentation problems can exponentially extend the amount of time it takes to get through what should have been a routine foreclosure so it's worth going through the old files to verify things were done correctly.
In the loan documentation process, problems that commonly surface involve internal inconsistencies. These can be signatures that don't match within the package, or when a bank cross collateralizes a loan. Inconsistencies are also common when multiple entities might be involved as with real estate collateral.
Law firm Bryan Cave specializes in banking and they recently released a report detailing some of the lessons learned in loan documentation over the course of the financial crisis. To highlight a few, there had been cases where a Deed to Secure Debt had a different grantor than the entity to be found on the signature page. It's possible in a case like this to remedy the situation with a suit to "reform" the documents, but it certainly moves the work of the loan recovery officer beyond what would be expected in a normal foreclosure. Similarly, a borrower might be a corporation or a limited liability company, but the document is signed by an individual. Finally, other cases found that the signer identified themselves in the incorrect capacity--partner, instead of manager for example.
In cross collateralization cases, a best practice is usually to amend the Deed to Secure Debt, but often banks simply type references on the documents. This may fly, but be absolutely certain that from the get-go references to date and amount are correct and consistent.
Most of the time, inconsistencies in documentation don't raise a big problem--that is, until a loan starts having problems. As the troubled asset process begins, loans can be found to need a high- powered legal team due to poor documentation. While your bank may not yet be ready to release a swarm of robots loose in the loan documentation files, a systematic approach to review files looking for a set of common things, is a great place to start. The overriding goal is to review all of the files over a period of 3 or 6 months and take remedial action as quickly as possible to help protect your interests. Doing so could save your bank a world of trouble down the road if problems surface with a loan, plus it will help establish a best practices approach going forward.
Subscribe to the BID Daily Newsletter to have it delivered by email daily.

MasterCard has launched a facial authentication pilot with First Tech FCU ($8B, CA), allowing people to take a selfie to authenticate themselves and make payments using their smartphone.

KPMG research indicates people pay bills, view balances and transactions, view statements and transfer money more frequently on the internet than through any other banking channel.

A new survey by Protiviti finds 84% of bank customers say they visit branches at least 1x per month. Of note, though, millennials under age 30Ys prefer to use mobile applications (83%).

The CEO of US Bank said the bank has slowed lending to the CRE sector as it has become "overheated" and in some locations is seeing softening in tenures, terms and other factors.

Bank of America research finds 83% of millennials worry that if they don't keep up with the latest technology they will have a harder time finding and keeping a job.

TowerGroup research finds the cost per transaction for various channels is as follows: call center ($3.75), branch ($1.34), ATM ($0.60), mobile ($0.14) and internet ($0.09).
Copyright 2018 PCBB. Information contained herein is based on sources we believe to be reliable, but its accuracy is not guaranteed. Customers should rely on their own outside counsel or accounting firm to address specific circumstances. This document cannot be reproduced or redistributed outside of your institution without the written consent of PCBB.