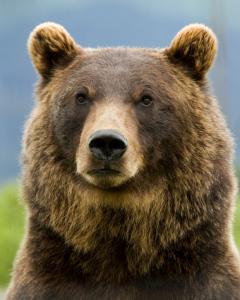 by Steve Brown
Share this Article:
The US Forest Service took on a mascot to help with forest fire prevention during WWII. Since so many able-bodied American men were away in the military, it left few to fight fires, so education and prevention became primary tools in the effort. That's where Smokey the Bear, wearing a campaign hat, blue jeans and carrying a shovel, taught children and adults alike to be careful with campfires. Not too long thereafter, a smart-aleck cartoon bear came out of the forest named Yogi the Bear. While not the same sort of bear as Smokey, Yogi was the nemesis of park rangers in his constant pursuit of pic-a-nic baskets. Yogi was created strictly for entertainment, but he became a recognized education symbol as well, as the Forest Service tackled another growing problem--wilderness guests who fed bears, endangering themselves and others. Let's hear it for the bears!
During the economic crisis, the media found it easy fodder to portray the banking industry as a bunch of ravenous bears, waiting to prey on unsuspecting consumers. Sadly, from our perspective in support of community banking, even a Yogi Bear cartoon has more nuance than this. Yet, it is interesting how often we still read articles today that postulate nonbank and other alternatives must somehow be better than getting a loan in a traditional bank. Therefore it is interesting that troubles are beginning to arise in the new frontier of online lending alternatives like Prosper and Lending Club.
The New York Times recently reported that some borrowers have gone to multiple online marketplace lenders, been approved for multiple loans and are now having trouble paying them back. When online marketplace lenders first surfaced, some consumer groups may have believed that might usher in more affordable credit for all borrowers. After all, costs would be lower as everything is completed online (from application to approval and payment setup), so more loans could be originated at a lower cost overall. This "trickle down" theory saw such an approach as a good development for consumers. Lenders claimed their algorithms, data and risk management tools also make them smarter than the average bear, so they can assess risk more accurately and work more efficiently. While that sounds good, the New York Times article points out no matter how fancy the algorithms, it still makes sense to verify global cash flow.
At the most basic level, online lenders nearly all require borrowers allow direct withdrawals from their bank accounts to make their loan payments. Moody's notes that by payment structure, some strapped borrowers had their loan payments deducted before other expenses like health insurance and groceries. To control the flow, borrowers simply closed bank accounts in order to stop withdrawals.
For their part, online lenders say they encourage strapped borrowers to work with them to find a solution, but a highly automated platform may not always be conducive to this kind of interaction. Bankruptcy attorneys also report that they are quickly becoming familiar with marketplace lenders.
These troubles probably come as no surprise to bankers, who live in a highly regulated world with many rules to follow around borrower interactions. The question at this point is whether so much demand is chasing investments in the online lending space that pressure is mounting to approve loans. Moody's noted in a report earlier this year that the "marketplace lending" industry is exhibiting similar traits to the pre-2008 mortgage lending frenzy, with loan originators quickly approving and selling loans to investors, and few direct losses reverting to the original lenders.
Much remains to play out in the online lending marketplace space, but suffice it to say regulators and investors alike are and will be taking a closer look at the potential risks.
In the meantime, borrowers will still work with community banks, but you should probably be looking even closer at existing debt sources and payment structures to be sure they haven't already borrowed through online channels too. As things continue to develop and change in online marketplace lending and regulators take a much closer look, we recommend proceeding carefully until you find out whether the bears roaming the park are cartoons like Yogi or a more serious sort like Smokey or even a grizzly.
Subscribe to the BID Daily Newsletter to have it delivered by email daily.

Is It Butter Or Parkay