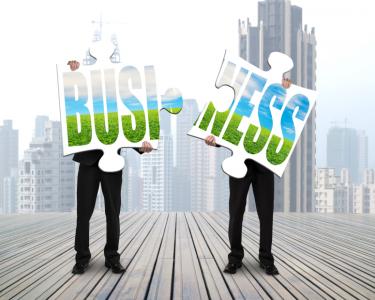 by Steve Brown
Share this Article:
There are times when life really does imitate art. Consider the story of Josten Bundy, who punched his girlfriend's ex-boyfriend after a derogatory comment about her haircut. After appearing before a TX judge, he was offered an interesting choice of punishments. He was told by the judge to write Bible verses, attend counseling and marry his girlfriend within 30 days, or face 15 days in jail for the misdemeanor assault charge. Much like the characters played by Ashton Kutcher and Cameron Diaz in the 2008 comedy "What Happens in Vegas," 21-year-old Bundy and his girlfriend, 19-year-old Elizabeth Jaynes, chose marriage. The couple had reportedly been discussing marriage anyway, but they were understandably not pleased about being forced into it. As for the judge, The Freedom From Religion Foundation has taken action against him and filed a complaint with the Texas State Commission on Judicial Conduct. They are seeking to get the judge disbarred.
This unconventional story about marriage naturally made us think about community bank M&A activities. When it comes to bank M&A, despite the recovery of activity within the industry over the past few years, the average size of deals has continued to decrease. This is because the biggest banks have taken to the sideline as they deal with their core business models, pay fines and restructure to meet new regulations.
That is why so far this year, smaller deals have accounted for the majority of activity in a trend that industry observers expect will continue throughout the rest of 2015. Looking at the first two quarters of this year, a total of 131 M&A deals were completed among community banks with assets of <$1B, with combined deal volume totaling about $2.6B in assets, according to data from SNL Financial. Comparatively, total M&A activity for the same period in 2014 totaled 119 deals with combined assets totaling $3.2B.
If you believe the investment bankers, this is happening because smaller community banks need to get bigger to survive given more expensive regulatory costs. If you believe the industry analysts, it is because the smallest banks that are so heavily dependent on net income just cannot get much lift given the yield curve is so flat. Whatever the reason, more M&A is occurring in number count with banks under $100mm than any other FDIC standard asset cut.
Something else to consider related to deals in the industry might also be related to aging board members and executives. Research here finds the average age of bank directors is about 65Ys old now. Given how difficult it is to find qualified directors willing to take the regulatory risk these days, this too could be an undercurrent to activity. As if that weren't enough, consider that despite aging board members and executives, some community banks still do not have adequate succession plans in place.
Looking at Q2, SNL Financial reports there were 69 deals announced among community banks with a median deal size of $131.03mm. Interestingly, the number of deals during the quarter was coincidentally the exact same as Q2 of 2014, however the median deal size back then was $141.97mm. Going even deeper into the data, about 9% of transactions (6) were for banks with assets of $500mm or greater, while 45% were for banks with less than $100mm in assets (and just over half of those were for banks with assets below $50mm).
The deals continue to flow, but perhaps most interesting of all is that the industry continues to consolidate at only about a 3% pace overall quarter to quarter, so it is still more of a drip-drip.
Subscribe to the BID Daily Newsletter to have it delivered by email daily.

The CFPB has finalized the qualified mortgage rule effective Jan 1. The rule allows banks with assets below $2B to be considered a small creditor if they do 2,000 or fewer mortgage loans.

The RMA highlights some suggestions around succession planning include: having officers and directors designate their successors in emergency situations; developing a formal succession plan; having the chairman designate successors; increasing the size of the board to expand the pool.

Citigroup said it will close its branches in Boston and the surrounding area in the coming months, as it refocuses its efforts on markets where it has a larger presence. All told, this is about 17 branches.

St. Louis Fed President Bullard said the Fed needs to raise rates and that the "case for policy normalization is quite strong."

Harvard research finds the number of households spending more than 50% of their income on rent could reach 13.1mm in the next 10Ys and more than 25% of renters are already at that level. In more normalized conditions, the income percentage is around 25% to 30%.

The Kaiser Family Foundation/Health Research & Educational Trust reports the average healthcare premium climbed 4% this year, as employers shifted some costs to employees in order to offset to rapidly rising premium costs. The average annual family premium was $17,545 (employees paid 28%); while single coverage was $6,251 (employees paid 17%). Companies with fewer employees saw much higher percentage increases (up to 11%).