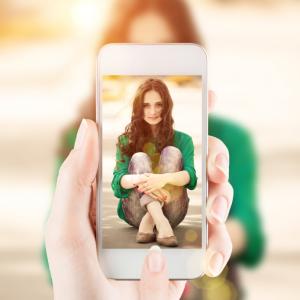 Four years after his death, Steve Jobs is still in the news. A movie by Danny Boyle, the director of Slumdog millionaire, will be in theaters this fall. Jobs' company Apple continues to sell iPhones and iPads like irresistible cupcakes and MBA wannabes are studying his creative thinking process, hoping it will rub off on them. He also left a few catch phrases that remain relevant today. For example, he said that the greatest artists: Dylan, Picasso, Newton all risked failure. To be great, we've got to risk it too, he explained. He had also a few nice words for "the crazy ones, the misfits, the rebels, the trouble makers, the round pegs in the square holes, the ones who see things differently...some may see them as the crazy ones, we see their genius."
In his day to day life, Steve Jobs was not the happy go lucky fellow we imagine, he could be cruel and contemptuous but at least he stuck to his guns: the never ending search for greatness. "I would rather gamble on our vision than make a me-too product" he once said.
Apple Pay, one of the most recent products launched by the company, pursues the same ideal. It was the pioneer among mobile wallets and definitely not a me-too product.
When Apple Pay made its debut in Oct 2014, there were many concerns voiced about security and how to use the service. What if it became stolen? What if it was too complicated to use? Apple evangelists tried to reassure their loyal followers. Just put the device against the store's contactless reader, place a finger on the phone's touch ID, the phone vibrates...it's done.
Several months later, the pioneers have the only phones that support Near Field Communication Payments. In fact, a recent survey of 500 consumers by Auriemma Consulting Group finds 42% of iPhone 6 owners are using the mobile payments application and 16% intend to use it soon. Further, the survey found that 98% of in-store participants and 93% of in app consumers who did use Apple Pay are completely satisfied. Those are huge numbers and give a nod to the careful and thorough approach Jobs left behind, as well as thinking about things through the eyes of the customer.
Even more interesting perhaps, these payments zealots reportedly even search Apple's website to find listings of stores that accept the new form of payment.
While not on the same scale perhaps, consumers seem to also enjoy the Apple watch. Here, a survey from Wristly finds 80% of Apple watch owners already use it as a wallet. Further, among the 80%, 42% find it convenient and 51% say it is magical. Imagine if your customers called your products magical.
Also from the same survey, 78% of those with the watch said they use it on a weekly basis and 14% do so daily. This is all a big deal because Apple projects that soon 50% of the top 100 US retailers will upgrade their systems to accommodate Apple Pay and the Apple watch, so community bankers need to know.
While Apple has done well, we note the upcoming Samsung Pay works with any card reader, so it will bring extreme competition to the payments space. It does not need Near Field Communication, but instead sends small magnetic pulses to the credit card reader. As is so typical in technology, Apple may have the first-mover advantage, but followers are not far behind.
Subscribe to the BID Daily Newsletter to have it delivered by email daily.

Treasury yields continued to drop, down 8bps, due to concerns over falling commodity prices and the slowing global economy.

The Wall Street Journal reports the default rate among US energy companies has reached 4.8% vs. 3.3% in Aug. This is the highest level since 1999.

After the Fed decided not to raise rates at its most recent meeting, bank stocks were hit and some began preparations to cut expenses further to compensate for lost revenue, according to the Wall Street Journal. Bank of America's CEO said that if the revenue environment weakens, interest rates don't rise and the economy slows down they will look to reduce costs.

FOMC Chair Yellen said in her press conference following the non-rate move that most policy makers still expect to raise rates this year. The odds on favorite timing of the move now looks like Dec as the Fed waits to see what happens globally. This matches a CNBC survey that found 56% of respondents expect the Fed will raise rates in Dec (5% expect Oct, 3% Nov, 15% expect Jan 2016 and the rest expect later in 2016).

An ICBA survey that allowed for multiple answers finds that when it comes to training employees, banks say they prefer in person seminars (29%), webinars and audio conferences (26%), online or e-learning (24%) and in-bank training (20%).

The FBI indicates about 55% of IT professionals do not review employee behavior when it comes to the apps being downloaded to their phones and what those apps might contain related to malware, etc.

Online platform Funding Circle has joined with H&R Block to provide loans to small business customers up to $500,000. Block will make the loans available to its customers who use it for bookkeeping, payroll, tax or accounting services.

Forrester Research projects peer to peer (P2P) payments will surge about 280% from the $5B level reached last year to $17B by the end of 2019, as payments on smartphones jump.
Copyright 2018 PCBB. Information contained herein is based on sources we believe to be reliable, but its accuracy is not guaranteed. Customers should rely on their own outside counsel or accounting firm to address specific circumstances. This document cannot be reproduced or redistributed outside of your institution without the written consent of PCBB.