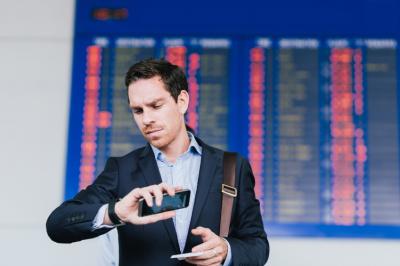 Samuel Beckett was an Irish avant garde novelist, but he is probably best known for his absurdist play "Waiting for Godot". In the play, two downtrodden men in a park wait endlessly and in vain for an individual named Godot. The audience never learns who Godot is or even much about him. It doesn't matter though, because the entire story is about waiting, about planning action but never executing it and in the end remaining in exactly the same place as where the action began. Other characters come and go in the play, but all the references become circular, repeating back to the two men waiting endlessly for Godot.
Bankers are feeling the same way about waiting for the Fed to raise short term interest rates. Last week's meeting was hailed as the date (this time for sure!) that the Fed would begin a new tightening cycle, the first since 2004. But once again life got in the way, expectations for economic growth in China and emerging markets came into question and the result was massive gyrations in overseas financial markets and domestic markets in free fall. Commodity prices plummeted as the primary buyer of copper and heavy manufacturing materials, China, may not need nearly as much going forward as had been previously thought. Oil prices dropped below $40 a barrel briefly and chaos ensued. The Fed did not raise interest rates last week, a few more FOMC members moved their expectations for rate increases out beyond 2015 and the dot chart of interest rate expectations got a little flatter.
What was different last week, in the statement and in comments from Fed Chair Yellen at the press conference following the meeting, was specific language of the intention to monitor global developments. Surely the Fed has always paid attention to what is going on overseas, but primary focus in official Fed communication has always been on indicators of economic growth in the US. For the first time, the Fed statement focused on global volatility, noting concern over global economic and financial developments that have the potential to restrain economic activity and reduce inflation further.
The softening inflation picture was of particular concern to Chair Yellen, and the source of those lower projections is global forces - less demand for goods and services causing drops in prices in everything from commodities to finished goods. The Fed and other central banks generally count 2% as their inflation target - more than that is too much but less is particularly problematic. If individuals and businesses believe that goods, services and investing capital will be cheaper in the future, then they put off purchases waiting for a better price. Consumer level inflation in the US is projected to be 0.3% for 2015 and the PCE, the Fed's favorite indicator of inflation is projected to be 0.4%. Remove food and energy for the core number, and it is 1.4%.
The Fed's projections don't anticipate inflation really reaching 2.0% until 2018. Despite that it faces a loss of credibility if it does nothing, so it will likely go soon. Also interesting, the drop in stock and commodity prices and the strength of the dollar have done some of the Fed's tightening already. Consider Goldman ran some projections and estimates a net effect of around 50bps tightening just due to market forces that have already occurred. Still, 13 FOMC members remain on the chart as expecting a rate increase in 2015, while bankers are still waiting for Godot.
Bankers may feel they are taking part in an absurdist play with the ebb and flow of expectations. Higher rates would perhaps help margins, although they could also impede the ability of borrowers to support their debts. As it stands, the cycle we are in continues, and rather than eagerly anticipating the arrival of Godot, banks need to continue to develop tactics to survive and thrive in a stagnant interest rate environment. No one knows how long we will be here, so keep preparing.
Subscribe to the BID Daily Newsletter to have it delivered by email daily.

Treasury yields rose 7bps following commentary made by several fed officials emphasizing that an interest rate increase is still on the table for this year.

The CFTC has officially defined virtual currencies like Bitcoin as commodities, subjecting them to conduct certain transactions through exchanges and to register as commodity pool operators or commodity trading advisors.

Zillow reports a couple with associate degrees and no debt has a 70% chance of owning a home vs. only a 50% chance if student debt is $50k. Meanwhile, chances of ownership for a couple with a 4Y bachelor's degree and no debt is about 69.8% vs. 67.7% if the couple had student debt of $30k. So, it appears the higher the education regardless of high student loan debt barely reduces the likelihood of home ownership.

Bank of America continues to focus on simplifying its business model, this time zeroing in on contract employees, according to the Charlotte Business Journal. It reported BofA has told many business partners that provide it with contracted workers that they will need to reduce the cost to BofA. As a result, some contactor companies have reportedly cut contract employee salaries by 10% and forced them to take 2 week furloughs.

The Pittsburgh Business Times reports PNC's CEO says the bank has closed 400 branches in the past year and is actively reducing the size of its other branches as it adapts to changing customer behavior. The bank indicates its new branches are about 67% the size of a traditional branch, cost 45% less to build, have a concierge station, more ATMs and updated teller stations. The bank also said about 50% of its customers are primarily digital now and 42% of transactions do not go through a teller.
Copyright 2018 PCBB. Information contained herein is based on sources we believe to be reliable, but its accuracy is not guaranteed. Customers should rely on their own outside counsel or accounting firm to address specific circumstances. This document cannot be reproduced or redistributed outside of your institution without the written consent of PCBB.