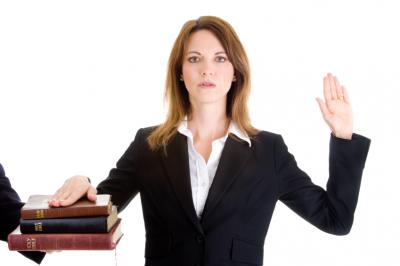 by Steve Brown
Share this Article:
Most people know about the Hippocratic Oath. It is the promise new physicians make to uphold specific ethical standards in their practice of medicine. It originally came about in the 5th Century BC, although most countries use a modernized version now. It is widely believed that the oath contained the phrase "first do no harm". While this idea offers a broad summary of what the oath is about, that language actually is not in the oath, but originated instead with a British 19th Century surgeon.
We bring this up because there have been calls by some for bankers to swear by a Hippocratic Oath. Indeed in the Netherlands, that country's 90K bankers have been required to do so this year. While the Dutch oath came about for idealistic reasons, it is also backed up with punishment and fines if a banker violates it. Given that oaths usually tend to be vague and have language that is very simple, there is a question as to whether this approach for bankers will be effective. It's been postulated that the Hippocratic Oath in medicine has been successful over time because it reflects the ethics present in the culture already.
One analysis offered around this issue is that an overall statement of intention in the financial industry is a better alternative than trying to come up with a rule against every possible wrongful act. Bankers already feel very restricted by the regulations they have to deal with on a daily basis. Is it possible that this environment could be making the system stronger and better or it is time to simplify things and go with more of an overarching theme along the lines of an oath?
The Financial Times offered recently that the unhappy bankers in the US that have been the subject of regulatory adversity have in the end done better than those unfettered by regulation, like the bankers in London. That sounds too simple though, as bankers in London would also say they are overburdened we would bet (that is, if we had a Pound in our pocket to use for such a bet). Maybe the FT is pointing to the fact that London was seen as the weak link in the global regulatory regime during the crisis and the source of many of the world's banking problems. In fact, the executive chairman of Barclays acknowledged that the dominant banks in the world are now all American, so perhaps the lack of regulation in London has not caused an explosion of activity there.
Community bankers often tell us they feel like they have suffered at the hands of regulators for problems caused by the largest banks. While some could argue increased regulation has toughened up all US banks including community banks, the reality is that many bankers are having difficulty in this operating environment. Until changes to the rules occur, pressure will continue and there is little anyone can do.
While bankers wait hopefully for regulatory relief, one of the most important lessons learned from the crisis and the long slow recovery has been the importance of a common vision within a bank. This is an area where bankers can take action, so here are a few thoughts. While not exactly an oath, they may serve as a set of values that can help your bank continue in the right direction. Trust, both internal and external, is the most important reason for anyone to do business with your bank. Be sure your bank does everything to maintain and grow the trust your customers feel towards your bank. Remember that the trust your customers feel is also based upon the trust that your employees feel towards one another, so focus energy there too.
One way to do this is to build a network. It should be internal between departments and external in your community (among your customers and with your regulators). Make sure everyone feels they can contact you any time and get a quick response.
Certainly, internal team skills are important and they should be developed and nurtured. Efforts should complement what people do best - some are leaders, others are happiest doing the background detail work. In the end, having a successful bank is probably not dependent upon taking oaths, but is probably more dependent upon having a common vision that everyone in the bank understands and can execute together.
Subscribe to the BID Daily Newsletter to have it delivered by email daily.

Of Tiny Houses And Community Banking

It's A Sousaphone, Not A Tuba

The FOMC did not raise short term interest rates at its meeting over the past two days. The statement from the Fed cited global economic and financial developments, and overall global weakness as factors that have reduced inflation and that may restrain economic activity going forward. A softening inflation picture was noted by Chair Yellen during the post-meeting press conference as a primary reason to hold interest rates where they are. Several FOMC members moved their anticipated date for tightening to 2016

A survey by Deloitte of board structure and function finds the Top 5 areas of focus are: strategy (85%); risk oversight (44%); board composition (36%); CEO succession planning (24%) and cyber security (16%). Interestingly, only 52% say they discuss strategy at every board meeting.

Javelin Strategy & Research warns of a criminal wave occurring at gas stations nationwide, as criminals use skimming devices to steal customer information and use stolen numbers to make fraudulent purchases. The Nilson Report indicates spending at gas stations in the US is about 57% credit and debit cards and 43% cash.

The Fed reports 22% of mobile phone users used mobile payments last year vs. only 12% in 2013. Further, about 41% of consumers used a smartphone to purchase something through a merchant last year.