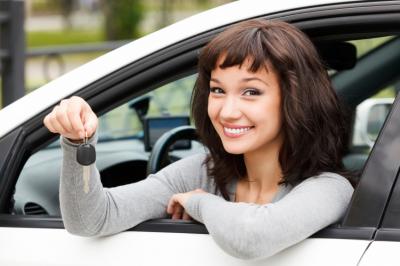 In traffic the other day, we came to a train crossing that we rarely notice in our normal travels, but the gates were down and remained so for some 20 minutes. This was odd given that no train was in sight. We had some time to contemplate what happens when automatic safety devices go wrong and how we immediately wish for human intervention in these instances. We assume the human that did that job previously was probably a victim of a reduction in force and it makes us wonder what is the correct level of oversight to monitor for electronic malfunction? We also thought of the Google Self Driving Car and wondered how it might have responded. If we were driving one, would it have foreseen the problem and have routed us around the jam? Could it have prevented us from honking our horn or doing an unsafe U-turn out of sheer frustration? Who really knows?
The issue of frustration can also arise with bank customers. Some may even wish for the ability to lean on their horns and scream after trying to use a bank web site, but it is also possible bankers may not know of their frustration. When is the last time you took your own web site for a test drive?
Most bankers we know typically do their business in the bank because they work there all day. They go to the teller line or the customer service rep to say hello as activity is posted. Most bankers also probably check basic transactions online, but have you tried to open an account or apply for a loan on your web site? Have you asked a family member to try it out?
Doing so is important in order to check in on the usability of the products you offer and stay on top of things. It does not make sense to just leave your IT group in charge of testing, because some there may not think as much about user experience as someone more oriented towards customer service. Consider that JPMorgan reports its tellers handled 42% of the deposits coming into the bank in 2014, but that this percentage was down from 90% in 2007. How your bank handles that growing 58% is very important.
We heard the story of a very savvy business owner who got a loan through his community bank. It was a new relationship for both. The business owner then opened a business checking account with the idea of moving his deposit relationships to the bank. He tried a few transactions, including a couple of ACH transactions and could not complete any of his business. He first called the customer service help line which redirected him to a help desk. He eventually ended up back in the bank branch to get his business done. This customer was probably contemplating making an unsafe U-turn regarding his decision to do business with the bank at multiple points along the road.
Online is good, but it isn't everything. While banks may offer training on the use of their online products at account opening, most often busy people like business owners don't really have time to pay attention. This means that web site navigation must be intuitive enough that a customer can operate it without needing additional instruction or calling the help desk. Customers don't necessarily expect community banks to have the web capabilities of a large institution, but they must be functional and intuitive.
One way to do so is to take a good look at other internal processes in your bank, like what happens if customers are setting up joint accounts in different locations. Here, for example, we came across an instance where account holders had to sign the same piece of paper which then had to go by courier between branches over a series of days - once again not a great scenario.
Perhaps the Google car will help when you are stuck in traffic, but what happens when the car gets stuck. This is an important question in every industry's future and for banks perhaps so more than others. The key is to balance between the human to help when it counts, and the machine which does the mundane work.
Subscribe to the BID Daily Newsletter to have it delivered by email daily.

Yields were unchanged with market focus on this week's FOMC meeting.

Retail sales and industrial production numbers will be reported, but the Fed will be the focus.

The latest Wall Street Journal survey of Blue Chip economists finds 46% think the Fed will raise rates at the Sep meeting, about 10% say it will be Oct and just over 33% say Dec (the rest don't expect anything until 2016).

Banks getting back into this sector should keep a close eye on and perhaps build in additional costs, because the Associated General Contractors of America finds 80% of construction companies are having a hard time finding workers. One key reason perhaps is that about 2mm construction workers lost their jobs during the recession, so some likely reinvented themselves into another career.

The latest FDIC data shows outstanding construction loan balances in Q2 climbed nearly 4% vs. Q1. By subsector, construction on 1-4 single family loans climbed in Q2 by nearly 5% vs. Q1. Despite the growth in Q2, construction lending is still about 60% below its peak of early 2008.

Cyber security firm FireEye warns malware has surfaced that is multi-vendor and may be capable of reading all credit and debit card track data from most ATM machines. The malware can also reportedly capture the card within the machine and then when you go to get help thieves can then eject it from the ATM.

Bloomberg reports the head of US intelligence is warning Congress that terrorists and criminals could take action to change or manipulate electronic information or undermine financial markets to make money or weaken the US.

The BIS warns data indicates a banking crisis could erupt in China, Brazil or Turkey soon. For its analysis, the BIS calculated the gap between credit and GDP for major countries and found the top 3 are: China (25.4%), Turkey (16.6%) and Brazil (15.7%). Levels above 10% historically have a 67% chance of seeing serious banking strains within 3Ys. By contrast, the US is at minus 12.5%.
Copyright 2018 PCBB. Information contained herein is based on sources we believe to be reliable, but its accuracy is not guaranteed. Customers should rely on their own outside counsel or accounting firm to address specific circumstances. This document cannot be reproduced or redistributed outside of your institution without the written consent of PCBB.