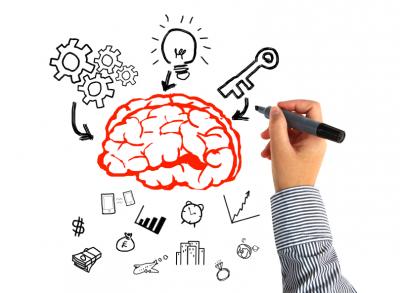 Core Vendors - Can They Innovate?

We are hearing lots about mergers and acquisitions between banks and how they are necessary to achieve sufficient size to deal with increased regulatory burdens and to meet the technology needs of customers. In the end though, the actual number of mergers in 2015 is not that different from prior years. Case in point, through 2Q, banks announced 145 mergers vs. 144 at this point in 2014. It is true that smaller banks are the primary movers - of those announced so far, about 85% involve sellers with assets of $500mm or less.
There have been some mergers in the bank vendor space as well. Of particular interest are the big financial services companies that provide core banking systems to banks. There already are very few providers of core processing systems to banks so the idea of them merging into fewer and fewer providers isn't necessarily good news for the community banks.
In fact, 85% of the market for core processing is already dominated by 3 companies. These companies know that the probability of a bank switching core providers is statistically only around 4%, due to the cost and effort of making such a change. The problem is that in a rapidly changing industry, community banks are struggling in some cases here. Given M&A activity, some banks have found that the long term contracts they have with their core providers are not set up to accommodate growth and negotiating for change can be complex, time consuming and very expensive. Some banks have even turned to outside expertise to help them negotiate a better deal with their core vendors, but even these can have substantial risks.
The problem with such a controlled space as the core vendors have been able to accumulate, is that having so little choice really limits the cutting edge technology banks can offer their customers. This gives larger banks with proprietary systems an advantage and puts community bankers in the back seat in more of a reactive situation. As banks have struggled to keep up with changing customer preferences and product needs, they have often considered the technology products their core providers offer as their only alternatives.
The problem here is basic - most core systems were designed in the 1970s or 1980s, and they are pretty good at keeping track of deposits, credits and debits, and the basics of banking. If you peek over your teller's shoulder though, it is a little shocking to see that most of the input screens look a lot like DOS, for those old enough to remember what that is. This isn't unique to bank core systems but, given such criticality of core systems, it is a huge concern.
Before apps and advanced technology were the primary area of innovation for banking services, banks realized that it was difficult to add and track specific customer data. Yet, banks needed the information when linking accounts, assessing customer needs or even measuring risk with any level of granularity. We would suggest that banks should look beyond core providers to meet their needs both in technology and for data analysis. Even then, in many cases if a bank decides to go with a best of breed offering, plugging in to the core can be difficult, time consuming and very expensive.
In that most contracts with core providers are long term, making a change is difficult and good integration is crucial. It therefore makes sense for banks to turn first to their core providers for solutions but also to press them to keep improving their offerings. Given the lack of competition in their line of business, though, you may find yourself with a pounding headache from time to time as updates and modifications move through with glacial speed.
Subscribe to the BID Daily Newsletter to have it delivered by email daily.

Treasury yields rose 1 to 2bps in spite of strong demand at the 30Y Treasury auction.

We ran a story yesterday that erroneously indicated Nicolet National Bank ($1.2B, WI) was acquiring Baylake Bank ($980mm, WI) for $141mm in stock. In reality, the two banks have jointly announced the signing of a definitive merger agreement under which Nicolet and Baylake will merge to create the largest community bank north of Milwaukee. To clarify further, Nicolet is not truly acquiring Baylake except in a legal sense, as the combined company's leadership team will be comprised of executives from both organizations and the board of directors will be comprised of eight directors each from Nicolet and Baylake.

Research by Pepperdine University of privately held businesses finds 77% of those who tried to get a bank loan over the past 12 months say they were successful. Interesting for community banks perhaps, those who got a loan said they contacted about 2 banks.

Bank Director magazine reports the top 5 areas directors say they value the most in order are levels of cash and or retainers (91%); equity compensation (51%); paid expenses to attend board related activities (28%); deferred compensation (21%) and insurance benefits (15%).

Accenture research projects advances in digital technology and changes in customer behaviors could result in a 35% loss in market share in the next 5Ys.

The Global Entrepreneurship Monitor reports the percentage of people who started or ran a new business climbed to 14% last year, the highest rate ever.
Copyright 2018 PCBB. Information contained herein is based on sources we believe to be reliable, but its accuracy is not guaranteed. Customers should rely on their own outside counsel or accounting firm to address specific circumstances. This document cannot be reproduced or redistributed outside of your institution without the written consent of PCBB.