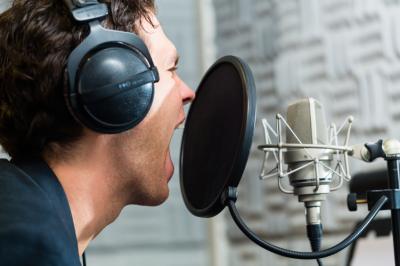 by Steve Brown
Share this Article:
There is a Scottish electro-pop band called Chvrches and they just released a new album called Every Eye Open. Their first album sold almost 1mm copies and the band is officially massive in the hipster pop world. One interesting note about the new album is its cover, which shows its photogenic female lead singer Lauren Mayberry and also the male members of the band. One of the band members quipped that they would have sold another 200K albums if they had only Mayberry on the album cover. Their logic was that promoting the band as a whole was likely to be far more durable than just another girl-pop star that would blow out in a matter of months. The band has created success the old-fashioned, indie-band way - hard work, lots of touring and sticking to what they do best rather than take shortcuts.
This brought to mind the typical community bank methodology for grading commercial loans and measuring risk. Most banks have a grading scale with 6 to 12 ratings with the average number around 7 or 8. This means about 4 pass ratings (the last one being watch), special mention, substandard, doubtful and loss.
The problem with such an approach is that having so few risk ratings can add risk and result in unintended "bucketing" where nuances may be lost. Many banks we know have up to 75% or more of all loans in 1 or 2 pass buckets. That ultimately means a finer risk gradation process may not be occurring, when risk could be increasing. Such an approach often leads regulators to look more closely at the portfolio or even take a deeper sampling when doing reviews. Beyond concerns over regulatory actions, banks that have robust systems in place to analyze, underwrite and monitor credit risk may also have a competitive advantage over those banks that do not. Doing so can lead to more accurate and refined loan pricing relative to risk, calculating a more refined allowance and setting aside more nuanced levels of capital to hold against a worst case scenario.
The largest banks typically grade loans according to the borrower's profile (debt service coverage) and then use a separate rating for the collateral held - the facility and its typical recovery rate. By contrast, many community banks typically measure risk by combining collateral based measures (LTV and Loss Given Default), as well as borrower measures (DCR and leverage levels). Liquidity and the local industry outlook are also important factors.
To go even deeper it is interesting to see what is going on with non-bank competitors. Lending Club for example says its algorithm for determining the creditworthiness of a loan is the reason it can operate with lower expenses than banks. It has a grading scale A1 - G5 that adds up to a 30 bucket scale. The scale begins with their base rate (currently 5.05%) and then adds an adjustment for risk and volatility. An A1 loan has an adjustment of 0.27% for an adjusted rate of 5.32, an A5 adds 2.84%. Get down in the D ratings and a D3 adds 11.94% for a total rate of 16.99%. Most banks aren't lending at those rates, but it is interesting to see how others are managing a riskier strategy.
No matter the scale you are using or its sophistication level, one of the most important things bank management can do is give lenders and underwriters concrete guidance. The key over time is to make an effort to move away from more subjective decision making when it comes to pricing loans. While a 30 bucket scale may seem extreme, we have heard some at the largest banks can number in the hundreds.
Like the indie band Chvrches that is gaining fame and success through incremental work, your bank can continue to enhance its risk management by doing the hard work on the risk grading scale, and therefore refine over time how loans are priced and managed.
Subscribe to the BID Daily Newsletter to have it delivered by email daily.

In Trust We Trust

Fifth Third Bank ($139B, OH) will sell 17 branches in PA to First National Bank of Pennsylvania ($16B, PA) for an undisclosed sum.

Fed Richmond President Lacker said strength in the labor market indicates it is "time to align our monetary policy with the significant progress we have made." The comments indicate Lacker is ready to vote to raise rates soon.

The latest Fed research shows total deposits at all US banks are currently at a record level of $10.9T. Of note, JPMorgan, Wells Fargo, Bank of America and Citibank hold about 40% of the total.

SBA research finds 52% of business owners are now over age 50. Maybe that is why research by Pepperdine University finds 64% plan to transfer the ownership of their firms in the next 10Ys.

A Bank Director magazine survey finds the median retirement age for directors is 72.

Bankers should note that more insurance providers have said they will reduce the plans they offer as they see losses in some plans under Obamacare.