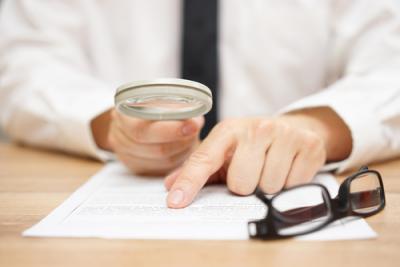 by Steve Brown
Share this Article:
Accenture is an enormous management consulting company with more than 320K employees serving clients in 120 countries. Community bank HR managers might experience a sharp intake of breath at the thought of managing that many people in so many different environments. It is certainly easier to oversee the wellbeing and success of a smaller staff in a consistent cultural environment, but companies of all stripes are taking note that even a company as large as Accenture has decided to do away with annual performance reviews and rankings of employees.
The change won't be fully implemented until fiscal year 2016 but its CEO says they plan to get rid of 90% of what they have done in the past in terms of internal employee reviews. Instead, a more fluid system with employees receiving timely feedback following assignments will become the norm. Why the change? Accenture says its own research and outside studies came to similar conclusions. Rankings and annual performance reviews were not doing what they were designed to do - they were not driving better performance from employees.
Management research firm CEB also studied the HR evaluation process in numerous companies and found that the average manager spends more than 200 hours annually on activities related to performance reviews of employees. This study which primarily looked at larger firms, estimated that a company with 10K employees spends $35M a year on employee evaluations. Moving a few decimals to adjust for a small bank-sized workforce still does not paint a pretty picture. Employee evaluation is expensive but everyone agrees it is important.
Companies changing from a traditional evaluation system to something more progressive shouldn't expect a large change in expense according to the study. They should however expect a large change in the effectiveness of the evaluations going forward. Accenture found that the traditional performance review system focused on valuing an employee's contribution after the fact, when it would be better instead to regularly support and position workers to succeed in the future.
Accenture is not the only large consulting firm to take this path - Deloitte (200K employees in 150 countries) rolled out a new performance evaluation system about a year ago. One central driver of the new reviews was a 4 question quiz. Two questions are answered using a scale of 1 through 5, strongly agree to strongly disagree, and the other two with yes or no. (1) Given what I know of this person's performance, and if it were my money, I would award this person the highest compensation increase and bonus. (2) Given what I know of this person's performance, I would always want him or her on my team. (3) This person is at risk for low performance. (4) This person is ready for promotion today. Deloitte feels that this approach shifts the performance discussion away from ratings to a discussion about people and how to better develop their abilities going forward.
While Deloitte and Accenture are going down this path, as well as smaller companies (including PCBB), adoption of this kind of review process is not widespread. Only 6% of Fortune 500 companies have gotten rid of rankings, but most are aware their performance review systems don't accomplish what they were created to do. Nearly 90% of HR managers say the annual review process doesn't necessarily yield accurate information. CEB noted that the employees who tend to do best in performance management systems are those that are self-promoting or even narcissistic - not necessarily the best people for team efforts.
The final note from Accenture's CEO was that choosing the right people and then giving them the structure and the freedom to succeed was the best path. It might be time to take a good look at how your bank evaluates its employees and consider whether measurement of the past or encouragement of future performance is the primary focus.
Subscribe to the BID Daily Newsletter to have it delivered by email daily.

Regulators define a Doubtful asset as an asset that has experienced significant credit deterioration and decline in fair value, but estimation of impairment involves significant uncertainty because of various pending factors (can include uncertain financial data that may not permit the accurate forecasting of future cash flows or estimating recovery value). Doubtful assets have all the weaknesses of Substandard assets but also have the added characteristic that the weaknesses make collection or liquidation in full, on the basis of currently existing facts, conditions and values, highly questionable and improbable.

Regulators define a Loss asset as one considered uncollectible and of such little value that their continuance as bankable assets is not warranted. This classification does not mean that the asset has absolutely no recovery or salvage value but rather that it is not practical or desirable to defer writing off this basically worthless asset even though partial recovery may be affected in the future. Amounts classified Loss should be promptly charged off.

Regulators define a Special Mention asset as one that has potential weaknesses that deserve management's close attention. If left uncorrected, these potential weaknesses may result in the deterioration of the repayment prospects for the asset or in the bank's credit position at some future date. Special Mention assets are not adversely classified and do not expose an institution to sufficient risk to warrant adverse classification.