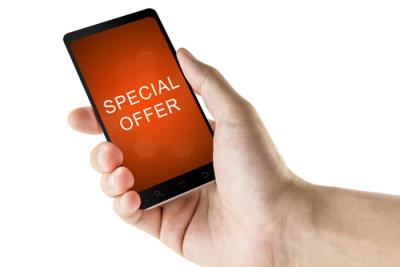 A new yoga studio opened in our town so we dropped in for a class during its first week of operation to see what was going on. We had a good time and went back for another class a couple of weeks later. When we arrived the second time, we saw there was a special for new customers - 5 classes for $25. We had only been there once, so we asked for the special but were told no. It seems that since we'd already taken a single class that we were not eligible. This special deal represented a significant savings over the normal cost of $17 per class. We thought we had done the new business a favor by coming in the first week of operation, but instead the rewards were set up to incent the opposite. While we understand the idea behind the marketing effort, we can't say it made us feel exactly cherished as a customer.
We find in our study of banks, that similar tactics can come up in customer pricing and this can be especially true for deposits. Given such low rates overall, most banks just haven't paid much attention to deposits in a while.
This could be a mistake in the long term, and there is evidence that some banks are beginning to look for deposits now. Whether this pertains to the new Basel III rules for large banks (must have more core deposits), the need to fund assets (many banks are finding opportunities to grow loans) or simply opportunity, this is a good time to rethink and plan a little more carefully for the future. After all, while customers have been insensitive to deposit rates for a long time, they probably won't remain that way once rates begin to rise or competition increases.
Looking at the new issue market for the brokered CDs we sell to investors, we found anecdotal evidence that demand for deposits is picking up. These are primarily offered by the big consumer finance banks like Discover and American Express and recently, two big brokered CD issuers (Amex and Capital One) rolled out CD offerings using an additional new FDIC certificate number. This would appear to be an effort to draw in more deposits from depositors seeking to stay within FDIC insurance limits. We note that this is unusual, as there have been few additions to the pool of high paying issuers.
In areas where loans are growing, community banks are making efforts to ramp up deposit growth as well. Banks are used to talking about interest rates and customer service reps are comfortable telling customers about a great interest rate they can offer. This practice needs to be modified, as rather than selling a comprehensive set of services and communicating the other benefits of doing business with the bank, the focus immediately moves to rate. If your bank mostly communicates its value in terms of rate, and deposit rates begin to move in general, then pressure can build quickly for your bank to raise its deposit rates.
Another tactic we have seen frequently is to offer deposit rate specials and then specify they are only available for new customers. The idea here is that the existing low cost deposit customers will remain satisfied and new customers will be attracted by the rate. As with our yoga example above, there are a couple of problems with this approach. First, a rate special tends to attract the most interest rate sensitive new customers and therefore those most likely to leave if your banks stops paying an above market rate. Second, your existing customers will probably make note of the special and say - hey I want that too. Otherwise they will feel slighted.
There may be times when running a rate special is necessary, but we tend to think it should be like the fire hose behind the glass - break only in the case of an emergency. If your bank does decide to run a rate special, be careful how you advertise it and be willing to pay the advertised rate not just for new customers, but for new money regardless of where it comes from.
Subscribe to the BID Daily Newsletter to have it delivered by email daily.

Labor Costs and Productivity will lead the economic releases, as well as Wholesale Trade.

SNL Financial reports the top 5 US banks and thrifts based on market capitalization as of 2Q in order are: Wells Fargo, JPMorgan Chase, Bank of America, Citigroup and US Bancorp.

Outplacement consultancy Challenger, Gray & Christmas reports job cuts jumped to a 4Y high in July, driven in large part by large cuts announced by the Army and reductions in the technology sector.

Investment banking firm Keefe, Bruyette & Woods reports compensation for top executives at large US banks jumped 26% in 2014, as earnings increased an average of 2.6% per share.

JPMorgan said it will reduce the required minimum FICO score on primary single family residential jumbo mortgages from 740 to 680. Further it plans to reduce the 20% minimum down payment requirement for some borrowers to 15% for mortgages up to $3mm.

The Wall Street Journal reports that JPMorgan has said it plans to double its cybersecurity spending this year to $500mm and expects it to likely stay at that annual level for the next 4 or 5Ys.

The NY State Department of Financial Services has indefinitely suspended Promontory Financial Group LLC from dealing with banks licensed in the state. The regulator said its 2Y investigation into Promontory found it had exhibited a lack of independent judgement in the preparation and submission of certain reports and that certain testimony provided by Promontory witnesses during its investigation lacked credibility.
Copyright 2018 PCBB. Information contained herein is based on sources we believe to be reliable, but its accuracy is not guaranteed. Customers should rely on their own outside counsel or accounting firm to address specific circumstances. This document cannot be reproduced or redistributed outside of your institution without the written consent of PCBB.