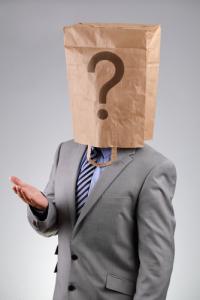 In 1962 when Brooklyn-native Neil Sedaka co-wrote and recorded his mega-hit "Breakin' Up Is Hard To Do," he didn't know the half of it. Over half a century later breakups not only remain a difficult thing for many people to handle, they have spawned a practice unimaginable at the time of Sedaka's rise to fame: revenge porn. With the Internet now at the center of many people's social lives, a rising number of individuals are going online to seek revenge against exes. They are doing so online - posting naked photos and videos on sites such as Facebook and Instagram. Perhaps even more unbelievable is the fact that there are websites that have been set up specifically as vehicles for individuals to anonymously rate (or attack) people they have either gone on dates with or been in relationships with - all without fear of retribution.
If you're thinking that revenge porn has absolutely nothing to do with the banking industry, think again. Just as the Internet has spawned a variety of sites where individuals can anonymously embarrass or defame former boyfriends and girlfriends, it has also led to the creation of multiple websites where people can anonymously criticize, rate or defame an individual's professional performance. While theoretically, the idea of being able to access online reviews of an individual's past work experience seems like a great idea for potential employers or human relations professionals, reality has fallen far short. Since nearly all of these websites provide anonymity for the reviewers who post on them, they have instead become sites where people are able to defame anyone they choose. They merely claim to have worked with them which is interesting when you consider the claims are never actually verified.
We heard of one particular case where an individual recently discovered an extremely negative review that had been posted about them on the website ebosswatch.com. This person found that they had been rated as a horrible boss who was difficult to work with and as someone who performs poorly in their chosen profession. The only problem is that, not only was the review defamatory and filled with lies and inaccuracies, but the individual rated as being such a poor boss has never actually been anyone's boss. This employee had in fact won awards for their work, but despite repeated contact to the site offering references and asking that the inaccurate and defamatory post be removed, the post remains online. The website now ignores all communications.
As banks are forced to do more and more with less and less, they inevitably eventually have to tighten their workforces. As a result, those in charge of recruiting and hiring are charged with finding individuals whose experience and skill sets make them good at everything. Added to all of that is the reality that terminating employees can be tough on all parties.
While a basic Google search on a potential employee has become a basic part of the due diligence almost all employers now conduct, our advice is to be sure to also consider the source of any information or reviews you may find. Reviews provided by websites catering to anonymous sources should be accorded the same level of reliability as dating reviews from bitter former boyfriends or girlfriends. Anonymity ultimately means that anyone can review an individual's work performance - even if they have never worked with them and know nothing about them. While there is no arguing against the fact that the Internet has made it easier to gather many types of information, when it comes to queries on potential employees, we would argue direct contact with past employers and references still remain the best bet.
Subscribe to the BID Daily Newsletter to have it delivered by email daily.

Treasury yields rose 2 bps on the short end of the curve and dropped 2bps on the long end.

Harvard Business Review reports 86% of Millennials and 85% of Baby Boomers believe it is important their work also involve some form of "giving back."

A study by PwC finds employees who feel committed to their job are 87% less likely to quit and put in 57% more effort than those employees who are disengaged.

A Deloitte survey of global risk managers found that over the next 2Ys the following risk types were expected to increase the most in importance for the business: regulatory/compliance (51%); cybersecurity (39%); strategic (28%); credit (26%) and data integrity (23%).

Research by PayNet finds that in 2009 and 2010 some 10.6% of small businesses failed. Things have improved since then to an all-time low of 1.0% last year compared as well to a more normal rate of about 2.5% seen historically.

The EBRI reports 67% of people do not know that they pay fees on their 401(k) plan. This is important because those fees are about $150k over someone's lifetime.

Research finds Americans use their credit or debit card about 200mm times each day.

A Bankrate.com survey finds 37% of parents with children younger than 18 don't have life insurance and of those who do have insurance, about 50% have less than $100,000 in coverage.
Copyright 2018 PCBB. Information contained herein is based on sources we believe to be reliable, but its accuracy is not guaranteed. Customers should rely on their own outside counsel or accounting firm to address specific circumstances. This document cannot be reproduced or redistributed outside of your institution without the written consent of PCBB.