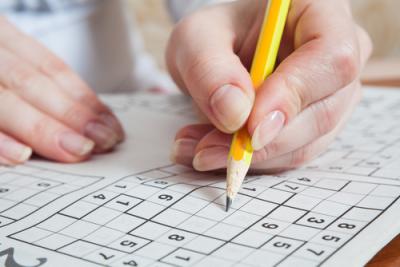 We came across a crossword puzzle designed specifically for apartment dwellers. There were some words to be expected like "lessee," "renter" and "tenant" but there also were some that were more fun (like "tedious" for the excuses renters make when the rent is late, or "bankoverdraftfee" for when the tenant wrote that check anyway).
We bring this up because there are more Americans renting now than in many years. The homeownership rate has declined for 8Ys to 63.7% vs. a peak of 69% in 2004. In the past 10Ys, as home ownership has declined, the number of new rental households has increased by 770K annually (the strongest growth since the 1980s). Some of us can remember what mortgage rates were like in the 1980s, so renting rather than buying a home was a logical choice for many people in those years. The crazy thing now is that the opposite is true today, with mortgage rates still near record lows. What gives?
Well first, many of the people currently living in rentals are former homeowners who lost their homes to foreclosure and now have credit reports too damaged to buy another home (given much tighter lending requirements). This is not necessarily a permanent circumstance as credit eventually improves and for some, the opportunity to buy a home will once again become possible. Some estimates look for housing starts to rise to 1.9mm by 2019, up from 1.0mm in 2014 as a result.
Another element that could drive future home building is the 5mm foreclosures that occurred during 2010 and 2011. These will be wiped off credit reports by 2020, so that should help increase demand down the road. These two drivers may point to more building later on, but also indicate that there will be a robust rental housing market for a while. This bodes well for banks involved in multifamily lending.
It is also interesting to note that the national vacancy rate for rental housing is at its lowest point in nearly 20Ys, and this shortage of properties is causing rents to rise. A report by Harvard finds that 20% of the households that make $45k to $75k per year spend more than 30% of their income on rent. The report also found that the number rises close to 50% in the country's most expensive cities.
These reasons, plus the fact that Millennials want to stay mobile, are waiting until later to get married and have children, all add up to opportunity in multifamily lending. There has already been a surge of activity in the multifamily lending sector. There is potential for this to benefit banks that have loans that meet the specific criteria that can allow a lower risk weighting under Basel III. We outlined those rules in greater detail in a prior edition of the BID so we won't repeat it here (banks that have questions about those criteria should check with their regulator and/or accountant).
Some regulators have warned of froth in the multifamily market and the possibility of elevated risk in this fast-growing area though. High growth areas are always of interest to the regulators so additional care in underwriting is merited.
As we continue to work on the apartment dwellers' crossword puzzle, we note more fun words that include: "rentinarrears"; "courtorder"; ATMfee" and even "headswillroll." Thankfully banks involved in multifamily lending activity generally don't need to worry about the additional risk of being a landlord.
Subscribe to the BID Daily Newsletter to have it delivered by email daily.

Treasury yields rose 3 to 4 bps on the shorter end of the curve as the market anticipates Fed rate increases.

The London Times reports British bank Barclays could cut 30,000 jobs over the next 2Ys as it seeks to accelerate cost cuts.

The latest Wall Street Journal survey of major economists finds 82% expect the Fed to begin to raise rates in Sep and 15% project it will start to happen in Dec. Meanwhile, Fed St. Louis president Bullard said he sees a Sep rate hike as having a better than a 50% probability right now.

The Treasury has begun looking at the risk of online lending platforms, as their popularity continues to grow. Some expect the Treasury will eventually require the platforms to keep some of the debt they arrange on their own balance sheets as skin in the game.

Moody's reports the probability of Puerto Rico defaulting on its debt is close to 100% and could occur as early as Aug 1 when payments are due.

Businesses have asked the Department of Labor to extend the comment period for its proposed rule (currently due Sep 4) that would guarantee workers who make less than $970 per week (vs. current level of $455 per week) overtime pay if they work more than 40 hours.
Copyright 2018 PCBB. Information contained herein is based on sources we believe to be reliable, but its accuracy is not guaranteed. Customers should rely on their own outside counsel or accounting firm to address specific circumstances. This document cannot be reproduced or redistributed outside of your institution without the written consent of PCBB.