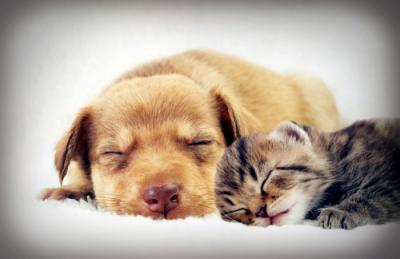 Americans love their dogs and cats. Around 164mm US households have pets and cats make up a larger portion of overall ownership (96mm) than dogs (83mm). This is despite the fact that 47% of all households have a dog and 46% have a cat. For bankers who tend to calculate ratios in their heads, those numbers don't quite make sense, unless there are more households with multiple cats. In fact, 1.47 is the average number of dogs per household, while 2.11 is the average number of cats. There is still a major problem in many areas with animal overpopulation, so it's good to know that 20% of these dogs were adopted from a shelter as were 26% of cats.
Bankers are about to adopt a new friend too, and their new friend is named CECL. CECL isn't particularly furry or cute though, as it is the new Current Expected Credit Loss Model for the calculation of ALLL. FASB is working on the final touches to the rules that will govern the calculation of loan loss reserves at some point in the future. CECL has been put off a few times, but it now looks like the rules will be finalized at the end of this year or early next year. There is some time which allows bankers to prepare, and that is a good thing, because the rules represent some big changes.
The international version of CECL is already finalized but has a 3Y implementation schedule (the rules come into force there in 2018), and a 3Y implementation schedule is likely in the US as well. The new rules, which ask banks to consider the life of the loan when setting aside reserves and to include what-if scenarios for various economic conditions and interest rates, will be a significant departure from the historical look of the current calculation.
The current use of qualitative (Q) factors has foreshadowed that FASB would like a more forward look, but the idea of measuring future risk will be institutionalized with the new rules. It is also important that banks continue to calculate ALLL using the current rules for now, as there is no early adoption for CECL. Despite the fact the new rules are not yet finalized, there have been numerous presentations by the regulatory and accounting community regarding expectations for how the rules will work, so there is already significant discussion of the implications.
In discussing the changes and regulatory expectations for ALM in yesterday's BID, we noted that there would likely be little leeway for bankers who are unfamiliar with key concepts and calculations. For CECL, given the breadth of the change, there will probably be a bit more flexibility at least initially. However, with regulators also lacking familiarity, it will be difficult to assess for a while what will be expected. This is yet another time to consider getting outside help rather than learning every nuance of the law internally in the bank.
The changes have many banks that have calculated their ALLL internally considering outsourcing it now, given the complexity of the new rules. Know that since we are owned by community bankers, PCBB's only business is providing services to assist community banks in keeping up with changes like CECL. PCBB's ALLL service is not only comprehensive, but also gives your bank the ability to have a systematic and repeatable process for the calculation of ALLL. The process keeps you up to speed on regulatory changes, saves your staff time and offers the benefit of having outside expertise to help you meet regulatory requirements.
Next week, PCBB will host a two-part presentation entitled, "Next Generation Risk Management: Optimizing Your Processes." The first session will cover Asset Liability Management (ALM) and the second will discuss the Current Expected Credit Loss Model (CECL).
Our goal is to help your bank in the adoption of its new best friend, CECL. For companionship while you study the new rules, consider adopting a new furry friend from a nearby animal shelter. They will keep you warm and happy while you study the latest details from FASB. We expect to hear about numerous kittens and puppies named CECL and FASB in the future, but in the meantime, be sure to sign up for the webinars to learn more.
Subscribe to the BID Daily Newsletter to have it delivered by email daily.

Treasury yields dropped another 5 to 6 bps as Chinese stocks plunged and concerns over Greece continue.

International concerns will dominate the markets, as they have all week.

British bank Lloyds Bank will reportedly launch a new system in early 2016 that will allow customers to tap contactless payment cards on smartphones to prove their identity. The system uses the smartphone's near field communication technology to verify the person's identity, sharply reducing the need for codes and passwords.

A survey by Deloitte assessing global risk management practices in the financial services industry finds 62% of respondents said that risk information systems and technology infrastructure were extremely or very challenging and 46% said the same about risk data. Meanwhile, 48% of respondents were extremely or very concerned about the ability of the technology systems at their institution to be able to respond flexibly to ongoing regulatory change.

The Wall Street Journal reports JPMorgan will pay at least $125mm (including $50mm in restitution) to settle probes by state and federal authorities around the collection and sale of credit card debt.

Bloomberg reports Microsoft will cut 6.5% of its workforce (about 7,800 jobs) and write down almost all of the value of its Nokia phone unit ($7.6B) after acquiring it just 14 months ago. The job cuts are in addition to the 18,000 announced last year.

Research by Accenture finds 81% of consumers say they would not switch banks if their local branch closed vs. only 52% who felt that way last year.
Copyright 2018 PCBB. Information contained herein is based on sources we believe to be reliable, but its accuracy is not guaranteed. Customers should rely on their own outside counsel or accounting firm to address specific circumstances. This document cannot be reproduced or redistributed outside of your institution without the written consent of PCBB.