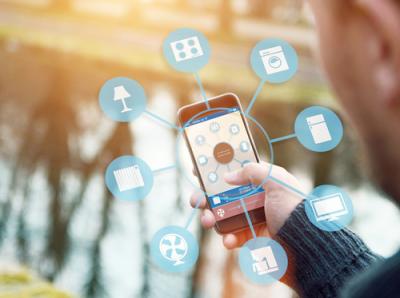 Washington DC has a smartphone app called the Parkmobile that street parkers can use to make payments in lieu of feeding coins into parking meters. It is estimated that about half of the drivers who use on-street parking in DC are now using Parkmobile and one unexpected result is that the number of parking tickets has dropped by over 15%. As a result, ticket revenue has dropped to its lowest level in 5Ys. Most cities would celebrate fewer parking scofflaws, but the drop in revenue has DC scratching around for ideas on how to make up for the revenue shortfall. Raising fines and extending the hours when parking is enforced are being considered, but whether they would succeed in stemming the revenue decline is unknown. Efforts to raise revenue are unlikely to stem the tide of a technological advance which in the end has resulted in greater compliance with the law. After all, technological advances that achieve substantial adoption generally result in changed behavior.
In banking, technology is changing behavior as well. Certainly there are places where technology has not been aggressively adopted, but even there, the overall change in bank customer behavior has prompted changes. Consider one US town which will soon see the closure of its one and only bank. The town's only banking facility is a branch of a bank headquartered in a nearby small town. The bank's president attributed the closure to customer utilization of other channels and an overlapping branch network in a small geographic area.
In a desperate move, the town has even petitioned the bank and filed a formal complaint with the FDIC to try to stop the closure, but at least thus far has not been successful. The mayor says the bank's actions are illogical in that the town is growing - there has been an increase from 224 homes to 310 in the past 5Ys. The town has an elderly population and many don't use computers and run their daily errands around town on golf carts.
There are plenty of statistics to back up the bank's actions, however. Consider that software provider FMSI found that branch transaction volumes declined over 45% from 1992 to 2013. During this period monthly teller transactions declined from 11,700 on average to 6,400 (down 45%) and the cost per transaction increased from 48 cents to $1.08 (+125%). Further, processing mobile deposits is far less expensive, costing about 8 cents per transaction. On the other hand, many rural communities don't have good internet access. The FCC estimates that 14mm people in the US lack access to fixed broadband service and clearly this inhibits the adoption of online banking where this is the case.
Clarity is still forthcoming around the question of bank branches, as many banks struggle to maintain branch profitability. How many, how big, and how much staff continue to be difficult questions bankers are working to answer, as customer behavior continues to transition. Customers still come into branches, so during that once in a blue moon visit, bankers have to balance providing immediate service with having a lone customer service rep which costs the bank less. Customer relationships are in play if frustration mounts, so bankers need to continue to review this problem.
For community banks, our thought is to adjust your branch structure in response to idle staff and empty locations, but to take action with careful consideration. Assuming that many rural locations also have the least technology to support customers, these decisions will come with difficulty.
Revenue generation will ultimately transition along with changing customer behavior. As far as the Parkmobile, while it has changed the behavior of DC's parkers, it is already almost obsolete as find-me-a-space apps are gaining momentum. Both cities and banks will do well to adapt as quickly as possible, but monitor customers closely as behaviors can shift quickly.
Subscribe to the BID Daily Newsletter to have it delivered by email daily.

Yield rose 6 to 7 bps as Greece moved nearer to a compromise.

June Employment data will be released a day early, as many people are on holiday on Friday. An increase of 233K jobs is expected and an unemployment rate of 5.4%.

Research by Bank of America finds 38% of consumers never disconnect from their smartphones. Such connectedness is one key reason why the same survey found 62% of consumers check a mobile banking app at least a few days a week and 20% check it 1x per day or more frequently.

St. Louis Fed President Bullard said a Sep rate hike is "still very much in play" and that recent events in Europe around Greece "would not change the timing of any rate hike."

Research by Chase finds 70% of consumers prefer to use a bank website or online portal vs. 47% who prefer using an app on a mobile phone or tablet.

Financial companies are shedding businesses at a high rate amid changes to regulations and a reduced ability for some lines to generate enough performance to justify continuing.

The OCC is warning lenders are increasing credit risk as more are easing underwriting standards on auto, business and commercial real estate loans. Heavy competition was cited as a key driver for easier underwriting. In CRE in particular, the OCC said banks are facing competition from other banks; life insurers; private-equity firms and others.

The New York Times reports President Obama announced a rule that will change the overtime salary threshold (below which employees qualify for overtime wages) from $23,660 to $50,440 and be indexed to some measure. The rule is expected to be final in 2016.
Copyright 2018 PCBB. Information contained herein is based on sources we believe to be reliable, but its accuracy is not guaranteed. Customers should rely on their own outside counsel or accounting firm to address specific circumstances. This document cannot be reproduced or redistributed outside of your institution without the written consent of PCBB.