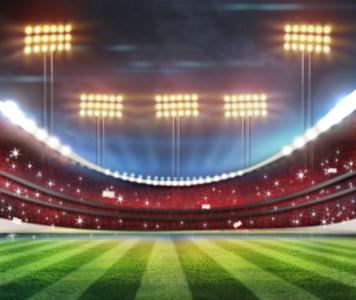 A Bird In The Hand

"If you build it, they will come." Odds are that after seeing that quote, your mind called up the image of a young Kevin Costner playing catch with the ghost of his father in the 1989 film, Field of Dreams. In that Academy Award nominated film, Costner plays a struggling farmer who follows the advice of the ghost of a young baseball player from many generations past, who tells him to build a baseball diamond in his cornfield. Despite his struggles as a farmer and advice from his brother to sell his farm, Costner has faith in the advice of the ghost (especially after his wife begins having the very same dreams). Costner's character is ultimately rewarded when the ghosts of several former baseball players appear in his baseball diamond and begin playing nightly. Pretty soon crowds of people begin to show up at his farm to watch the baseball game. Ultimately, Costner learns that the ghost he has been talking with is his father as a young man.
We're not suggesting that community banks start building baseball diamonds in their parking lots, though doing so would almost certainly attract media attention and hordes of curious visitors. But the underlying message of identifying a need and building a service to meet that need still bears truth. In fact, that's the very thing that led a group of Amish farmers to bankroll the first community bank launched after the enactment of the Dodd-Frank Wall Street Reform and Consumer Protection Act and its myriad of regulatory requirements.
The Bank of Bird-in-Hand, named for the small village within the heart of Amish country where it is located, opened for business in late 2013. It was financed by a group of Amish farmers with $20mm in capital. Prior to Bank of Bird-in-Hand's launch, there had not been a new bank opened in the US since July 2010, when Dodd-Frank was passed. Conversely, in the three decades before Dodd-Frank, more than 100 new banks opened each year.
Since members of the Amish community are widely known to prefer doing business with other Amish people, the new bank had an edge over competitors from the get go. In its first year of business, Bank of Bird-in-Hand made loans in excess of $60mm, with demand for new loans surpassing the ability of the bank's staff to underwrite more business. Further, with more than 50% of Bank of Bird-in-Hand's business coming from local Amish businesses, the bank has the added advantage of a customer base that has traditionally been very conservative and stable. Unlike other community banks, Bank of Bird-in-Hand also has the unique ability of not having to worry about offering the latest mobile banking applications. In fact, since the Amish community eschews most modern technologies - including electricity - the new bank doesn't even offer online banking. Instead, Bank of Bird-in-Hand has catered its business to its clientele, providing hitching posts in its parking lot where Amish customers can tie up their horses, and a drive through window that is customized for horses and buggies.
Unfortunately, it is extremely unlikely that ghosts from the community banks of old will show up with advice on how to grow your bank today. Further, it is equally unlikely that adding hitching posts in your parking lot will suddenly attract new clientele. What the Bank of Bird-in-Hand ultimately shows, however, is that there are still gaps in the banking industry where customers' needs have yet to be met. Banks that identify those needs and market their services effectively can help grow their business. After all, recall that if you build it they will come.
Subscribe to the BID Daily Newsletter to have it delivered by email daily.

Treasury yields rose 4 to 6bps as investors moved away from safe haven investments.

The start of a busy week with employment numbers for June, in spite of the July 4 holiday.

A CSO magazine survey on cyber security finds: 58% of cyber attacks come from outsiders vs. 21% from insiders and 21% from unknown sources. Meanwhile, the biggest area of concern: the awareness and preparedness of third party vendors (55%), contractors (49%) and software itself (42%).

A Telstra Research survey finds customers want the following the most when it comes to mobile banking apps: security of access (36%); privacy (21%); convenience (18%); speed of access (10%); user experience (8%) and flexibility (8%).

Wilmington Savings Fund Society, FSB ($4.9B, DE) has launched a new feature for its mobile banking app. The feature lets customers use their smartphone to click on a special feature of the app; touch the "WSFS Mobile Cash" button on the ATM screen; select the withdrawal amount; scan a picture of the unique cash code on the screen using their phone; and then retrieve their cash and receipt from the ATM. Customers do not need to use a PIN, no personal information is stored in the app or on the phone and each transaction uses a randomly generated unique token that is never used again and expires in 45 seconds.

Bloomberg reports concerns in Greece over the Euro bailout situation have pushed bank deposits in the Greek banking system down a sharp 21% since Nov. This is the lowest level in 11Ys.

CNBC has scored all US states on a variety of metrics in order to determine which ones are the best and worst for business. The top 5 in order are MN, TX, UT, CO and GA. The 5 ranked worst for business are: LA (#46), AK (#47), RI (#48), WV (#49) and HI (#50).
Copyright 2018 PCBB. Information contained herein is based on sources we believe to be reliable, but its accuracy is not guaranteed. Customers should rely on their own outside counsel or accounting firm to address specific circumstances. This document cannot be reproduced or redistributed outside of your institution without the written consent of PCBB.