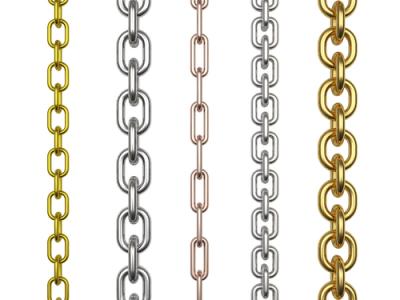 What Is A Blockchain?

by Steve Brown
Share this Article:
Google just issued a fashion report on what's hot. Google is not attending fashion week extravaganzas in Paris and New York, but with its access to data, it knows what the general populace is talking about. Google analysts used 6B internet searches to uncover emerging trends in fashion and discovered that ugly Christmas sweaters are about as hot as it gets, in terms of real fashion interest. Who knew?
In and around banking, Bitcoin pioneers have been appraised like the elevated icons of the fashion industry, whether admired, or simply something to stare at. For most bankers, the actual use of the digital currency has seemed like a possibility as remote as someone wearing a Dior gown to work on ugly sweater day.
Lately though, digital currencies are beginning to emerge from the wild monetary west of innovation. So much so in fact, that NY's top financial regulator just granted its first license to a Bitcoin exchange called itBit. The company is the itBit Trust Company, and it runs under a bank trust charter. The company has invited top names from the financial industry to their board including Sheila Bair of the FDIC.
Also emerging from the wilds is CA startup Ripple Labs. They recently made a splash in the news when they were assessed a big fine for BSA/AML violations. Ripple's creators count it as a rookie mistake, have quickly complied and they are not arguing with the penalty. Still other developers include Tel Aviv-based Coin-Spark who wants encrypted messages attached to virtual currency transactions, and CA-based Lighthouse which runs a decentralized crowdfunding platform based on Bitcoin.
We've heard before that digital currencies were going to be the next big thing, but after lots of discussion, Bitcoin is still mostly not a negotiable monetary instrument. It turns out that the primary interest is in the technological breakthroughs like using cryptography to organize a complex network. This "blockchain" technology, which is essentially a peer-to-peer system for running the currency, is considered by many to be the real groundbreaking piece of innovation.
The blockchain is essentially a giant ledger that keeps track of who owns how much of a digital currency. That doesn't sound so different from how we keep track of how much money is in which account in our banks, but the difference is that the blockchain is entirely public. Identities are protected by cryptography, but otherwise the system is entirely transparent and there are thousands of copies of it. The blockchain can't be tampered with by a thief, hacker or even a government in theory, because the multitude of copies of the chain could not simultaneously be changed by any one party. In short, the system is completely decentralized.
Is this is really useful for community banks? The largest banks already have research teams poring over the blockchain and back office settlement platforms seem destined to move towards decentralized ledgers. Outfits like Ripple Labs are working with financial incumbents including not only banks, but the Central Banks of countries around the world to set up payment protocols based on decentralized ledgers. The idea is that this should enhance security and offer a better way to track where payments actually go.
The blockchain concept seems like it could be applied to the transfer of other intangible assets as well. After all, why not utilize the infrastructure to transfer stocks, contracts, property titles or patents? Banks will benefit in helping people navigate the new landscape and will be the likely access point for customers to use this infrastructure. It may seem like science fiction now and community banks should let the big banks do the research, but this could be a very interesting subject in all of our futures as well as a whole line of new products to offer our customers. It will still be a while before blockchain transactions will be as common as ugly sweaters, but the trends seem to be moving that direction.
Subscribe to the BID Daily Newsletter to have it delivered by email daily.

The Cat And Mouse Of Rate Hikes

A report by Harvard finds 20% of households that make $45k to $75k per year spend more than 30% of their income on rent. The report also found that number rises to close to 50% of households in the country's most expensive cities.

Bloomberg reports a PwC survey in conjunction with the London Business School finds bankers are more likely to behave in an unethical way when they are under pressure to reach difficult performance targets.

A Bank Director survey on compensation finds the Top 5 areas banks hired new executive talent or promoted from within during 2014 were lending (53%); other (32%); technology and/or information security (32%); risk management (32%); and compliance (31%).

A survey of couples by Fidelity finds 43% of respondents do not know how much their partner earned last year; 36% disagree on the amount of investable assets they have together; 47% cannot agree on the amount they will need for retirement.