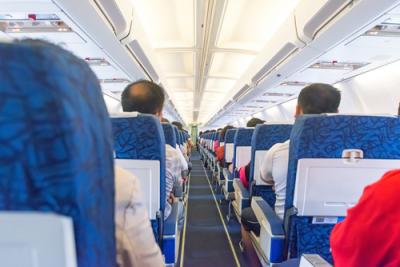 Following its merger with US Airways, American Airlines announced plans to update its fleet. In 2015, the carrier expects to take delivery of more than 7 dozen new planes and retire more than 100 older ones. For flyers, there is more than a little to be said for newer, more modern planes. For the airline, upgrades are more efficient with fuel (always the largest expense for any airline). Even so, the merged airline has a problem and it is one which other carriers share. Their issue is that one of the workhorses of their fleet is the Boeing 757 and these planes are getting long in the tooth. Replacing the 757 won't be simple though, as there is really no equivalent and Boeing reportedly doesn't have plans to replace the model. While airlines have some time to ruminate, the fact that the largest domestic producer of airplanes has no plans to meet their needs is a problem.
Just as air carriers have to upgrade their fleet from time to time, banks also need to update their ATMs every several years. Last year the problem was the obsolescence of Windows XP, which ran most ATMs. Now it is new credit and debit card technology. If your bank hasn't already made the upgrade for EMV compliant cards, the Oct deadline is fast approaching. More telling, we hear from numerous banks that card and ATM providers are telling them to expect difficulty in meeting the deadline. As such, it makes sense for bankers to get ahead of the curve if possible and to consider going beyond what simply is necessary.
Here's why. Cash continues to play a major role in consumer spending. Indeed, a report by the Federal Reserve Bank of Boston, Richmond and San Francisco found consumers opted to pay with cash more frequently than any other payment option for transactions worth $10 or less. Given customers' propensity for cash and their repeatedly expressed desire for convenience, it behooves banks to look for ways to satisfy both.
To deal with this, some banks we know are rolling out ATMs configured to work with customers' smartphones. Here, for withdrawals there's no need to enter a pin or swipe a card. Instead, the customer signs into their mobile banking app, holds the smartphone over the QR code on the ATM screen and voila, the cash is delivered. This technology also adds security as skimmers and PIN stealing devices don't work.
Other banks are rolling out ATMs that do more than simply allow customers to withdraw money in standard $20 increments. Aside from making customers happy, these banks also stand to benefit from the out-of-network fees they can charge to non-customers who might be willing to pay for the added convenience of obtaining smaller bills from an ATM. One large bank even allows customers to use its ATMs to redeem credit card rewards. Video ATMs with remote tellers are also being rolled out to help with transactions, an important upgrade that banks are using to add a personal touch in areas where there is less branch density.
There are lots of options and the most important takeaway is for banks to proactively find ways to continually upgrade and improve technology. To do so, don't forget to look beyond mobile and the internet and to remember your ATM fleet. After all, you would never suggest an airline wait to replace its planes until the wings had started to fall off, so maybe it is time to look at your ATMs. Begin by determining which features are necessary and which ones your customers are most likely to appreciate and then get your providers working on the task. It should help drive business to your bank and best of all, your customers will thank you.
Subscribe to the BID Daily Newsletter to have it delivered by email daily.

Treasury yields dropped 4bps and equities tumbled as Greece determined to not make a scheduled repayment to the IMF on Friday.

Yields are up just shy of 3bps this morning as investors anticipate that non-farm payrolls will increase by 226K jobs and the unemployment rate will hold steady at 5.4%.

Bank of Blue Valley ($617mm, KS) will acquire 1 KS branch from The Federal Savings Bank ($308mm, IL) for an undisclosed premium. The branch has $37mm in deposits.

Fifth Third Bank ($138B, OH) said its newly launched cash vault product that allows businesses to deposit cash into a safe and have it immediately be credited to a bank account is seeing rapid growth and adoption.

U.S. Bank ($405B, OH) has launched a new mobile corporate payments app that allows businesses to use virtual card numbers to make payments.

The OCC in a recent report announced its current priorities are strategic planning and execution; corporate governance; stress testing; operational risk; cybersecurity; loan underwriting; interest rate risk and compliance. Bankers should take note of these areas as regulators beyond just the OCC have indicated a similar focus.

ABA bank economists project the economy will rebound in the latter part of this year to a 2.8% GDP level, the Fed will start to gradually raise rates beginning in September and continuing over the next several years beyond that.

The Supreme Court unanimously ruled in favor of Bank of America, saying second mortgages on underwater homes cannot be voided by bankruptcy.

Research by Brett King finds over the past 20Ys, check usage has tanked 68% and transactional activity has declined 45% overall. Interestingly, research in Europe finds that in 1995 people visited branches 24.5x per year, but that has sharply declined and is expected to be only 1.3x at the end of next year. Meanwhile, King indicates internal estimates at 2 of the 4 largest US banks finds the number of annual branch visits will be only 1.8x to 2.3x this year.
Copyright 2018 PCBB. Information contained herein is based on sources we believe to be reliable, but its accuracy is not guaranteed. Customers should rely on their own outside counsel or accounting firm to address specific circumstances. This document cannot be reproduced or redistributed outside of your institution without the written consent of PCBB.