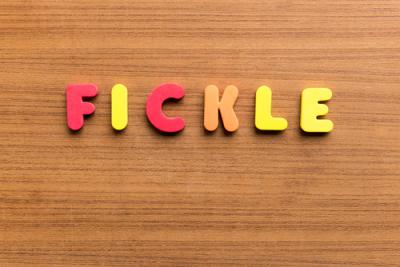 Fickle Customers, Or Not

Performing arts enthusiasts are fickle. This was the conclusion of a 2014 study by LaPlaca Cohen, a fine arts marketing and strategy firm. The study found that there has been a significant drop in audience loyalty or at least in their ticket buying preferences as evidenced by a steep drop in the number of people buying performing arts subscriptions. Subscribers dropped from 23% of the overall audience in 2011 to 10% in 2014. Does this really mean that repeat concert attendees dropped precipitously, or could it just be a change in how people purchase tickets?
The same pattern is of concern to community bankers. Studies show come consumers are showing similar levels of fickleness with community banks and are leaving in favor of larger banks. Consider a new study from Boston-based ath Power Consulting that shows Americans are choosing bigger banks over smaller ones and have done so by a 10% increase in the last 2Ys. Why the move towards big banks?
Well, it seems having trust in a bank was most important to 51% of consumers (vs. 41% in 2012), having a bank with a strong reputation (50%) and a branch near the home or a customer's place of employment were the most important "must haves" for survey respondents.
Other areas cited included free checking (43%), low fees compared to other banks (40%) and having access to ATMs without user fees near the home or the workplace (39%), as key services that "would make the banking experience ideal." In addition, the need for mobile banking has steadily increased and those who indicate these services were "must have" or it "would make their banking experience ideal" rose from 32% in 2011 to 56% in 2014.
Another area that surfaced that community banks should be aware of was around fees. Here, low fees remain strongly on the radar of banking customers, as 40% of respondents say that "low fees compared to other financial institutions" would make their banking experience ideal and 42% deem low fees a "must have."
The problem is that fees are a tricky area for banks of any size, in that it costs money to provide services and checking accounts are particularly expensive to administer. We suspect that almost any survey respondent when asked if they would rather pay for a service or have it be offered for free would choose getting the service for free. Further, given that larger banks certainly charge fees, so must community banks.
Banking customers told the ath Power researchers they'd be willing to jump to another bank if they saw a competitor doing a better job on the factors listed above. This is interesting when you consider that other studies show bank customers are extremely reluctant to switch, so maybe people don't do what they say they are going to do.
Consider as well that shortly after the financial crisis, the pain was so great and fear was running so high that as many as 24mm accounts switched from larger banks to smaller ones according to Moebs Services. Since then, however, this number has slowed to a trickle of about 1mm a year now.
The good news for community banks is that about 26% of Americans say they feel guilty for banking with a big bank, so there is some opportunity to capture new customers. That said, the prevalence of convenient ATMs, plus the trouble of changing direct deposits and payments are listed as the biggest obstacles to making a change - even for highly dissatisfied customers. As such, community bankers would do well to explain how easy this is to do, help your customers do so and provide the service you are known for as a great starting point.
As for performing arts organizations, recognizing that potential customers make last minute decisions about attending concerts (rather than planning a year in advance), has been key in keeping attendees coming. For banks, recognizing that customer preferences change, knowing what customers want and quickly shifting are the best ways to ensure your bank's success.
Subscribe to the BID Daily Newsletter to have it delivered by email daily.

Treasury yields rose 5bps as ADP employment for the month of May came in slightly stronger than what was expected.

Yields are currently down just under 2bps ahead of initial jobless claims.

JPMorgan Chase said it will eliminate all voice mail for many employees, as it adapts to a shift toward smartphones and a surge in usage of text, email and phone. The move is also expected to save money. Meanwhile, the Wall Street Journal indicates similar moves are being considered at Citigroup and Bank of America.

The SEC is expected to release rules forcing publically traded companies to disclose and claw back a larger group of top executives' incentive pay, when financial results have to be restated for any reason (including mistakes). This would be a shift from current practices, where only the CEO and CFO are impacted and companies usually only claw back when there is misconduct that resulted in an earnings restatement. The SEC is due to vote on this July 1.

Moody's said in a recent report that it expects US bank asset quality to remain strong over the next 12 to 18 months, as the economy continues to improve. They also cited low oil prices and rising employment as contributing factors.

The Wall Street Journal reports major health insurers are preparing major 2016 premium rate increases (many are seeking to raise rates by double digits).
Copyright 2018 PCBB. Information contained herein is based on sources we believe to be reliable, but its accuracy is not guaranteed. Customers should rely on their own outside counsel or accounting firm to address specific circumstances. This document cannot be reproduced or redistributed outside of your institution without the written consent of PCBB.