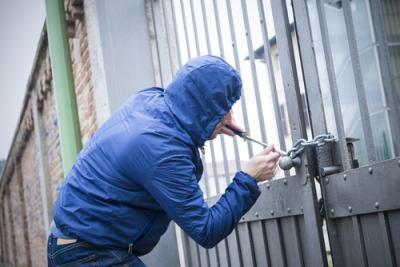 Correcting A Case Of Mistaken Identity

It was a case of mistaken identity that caused police to force their way into Alistair McPhail's home in Edinburgh, Scotland. It took eight police officers four hours to gain entry into the house by drilling a hole in the door and removing the lock. After police gained access to the home, they realized they had mixed up the name of the individual they were really targeting with the name of one of the McPhail's sons. They apologized for the mistake in a handwritten note left behind for the McPhail family, but this offered little comfort to the family in that this was the second time their son had been mistakenly targeted by police.
It's no fun to be accused of things that have no connection other than a name. This is perhaps not so different from how community banks feel about their inclusion in regulations like the Dodd-Frank Act. Here, community banks feel they have been tarred with the same brush as the financial behemoths that led to the credit crisis. Community banks have faced real difficulties in their efforts to adhere to the myriad of regulatory requirements and they have been costly enough to force numerous banks into mergers in order to survive. There may now be hope for some easing of these regulations as they apply to community banks, following a proposal for reform that seems to finally be resonating with the Fed and the FDIC.
Regulators are becoming increasingly vocal about questioning the relevance these regulations to community banks. They point to high cost for limited value and the waste of applying requirements meant for the largest institutions and their business practices to smaller ones that don't even do such business. It's not a complete surprise that the money and effort the big banks have thrown behind their push for changes in the laws have focused primarily on their own interests. But a recent proposal for reform put forward by FDIC Vice Chair Hoeing calls for regulatory relief for banks classified as low-risk and whose activities did not cause the credit crisis. Specifically, Hoeing is calling for lighter regulation for banks that don't hold trading assets or liabilities, banks whose derivative positions are limited to interest rate swaps and foreign exchange derivatives and those with less than $3B of derivatives exposure. There is reason to hope that the FDIC's proposal could have legs because there has been similar sentiment expressed by the Fed.
In a recent speech to members of the ICBA, Fed Governor Tarullo said he was open to exploring ways the Fed can alleviate some of the burden Dodd-Frank regulations have imposed on community banks. Though Tarullo said he believes it is unlikely the Fed would exempt community banks from Basel III requirements, he acknowledged that he personally believes there is a need to update the capital requirements imposed on banks in order to bring such requirements more in line with the true risks created by each individual institution's specific lending activities. Tarullo also said he believes it is time for regulators to acknowledge the fact that the complexity of reporting requirements created by regulations introduced since 2008 are extremely costly for community banks. This is not the first time Tarullo has come out in favor of different treatment for community banks, but probably only changes to the law can make a material difference. Nonetheless, it is heartening for community banks to know they have allies at the Fed and FDIC.
As for the issue of mistaken identity for the McPhail's, while Scotland's police force can't undo the intrusion, banks can hope that the Fed and the FDIC can soften regulatory changes on community banks. It at least feels like we are breaking into a new era where there is a real effort underway.
Subscribe to the BID Daily Newsletter to have it delivered by email daily.

Treasury yields rose 5bps as manufacturing activity rebounded in May and construction spending had improved.

Investor optimism over the economy and fresh chatter about the next interest rate hike has yields up 4bps this morning.

A survey by PR firm Makovsky finds 75% of consumers said they would switch to another financial services provider if their financial or other personal information were stolen by cyber thieves.

A consumer study by Harris Poll finds 71% of American adults say having access to a broad retail product offering is more important than the financial institution that provides them. Also of note, the same survey found 66% of respondents said they would prefer to do business with community financial institutions and 64% said smaller institutions provide better service than larger ones. Despite this, 31% said they would be reluctant to switch from a large bank to a smaller one because they did not think smaller institutions offered all the products they want. Perhaps it is time to get out there, let your customers know what you have and toot your horn a bit more.

Census Bureau research finds employer firms with < 500 workers employed 49% of private sector payrolls in 2011, firms with < 100 workers employed 35% and firms with < 20 workers employed 18%.
Copyright 2018 PCBB. Information contained herein is based on sources we believe to be reliable, but its accuracy is not guaranteed. Customers should rely on their own outside counsel or accounting firm to address specific circumstances. This document cannot be reproduced or redistributed outside of your institution without the written consent of PCBB.