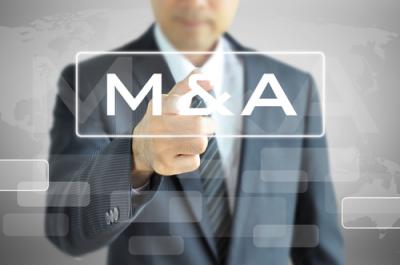 Elizabeth Taylor was a British-American actress who defined glamour, beauty and lifestyle for more than a generation. Her career spanned some 62Ys with a multitude of awards including two Academy Awards. She was also well known for having 8 marriages, including marrying one husband twice. In later life, like everyone, her legendary beauty faded though her personal merger and acquisition activity continued unabated.
Similarly, in the technology world, AOL was an icon of the early internet age. Back then, subscribers accessed email and news through dial-up modems (remember that sound?). AOL represented cutting edge technology for its time, bringing streaming videos, games and online financial tools to home computers. Over time, AOL has continued to reinvent itself to some extent and may well end up with a 62Y career, but it also represents an image of faded glory from another time. Given the recent news of Verizon's plans to buy it, AOL is also working towards Elizabeth Taylor's number of marriages.
AOL began its history of wedded bliss with Time-Warner in what is often called the worst merger of all time. AOL remained a subsidiary of Time Warner until 2009 when it became independent once again and began a series of acquisitions of its own - some smaller tech providers and a number of news and information sites including the Huffington Post. AOL moved actively towards generating revenue through video advertising in 2012 and this combination of mobile video advertising plus news and information sources most likely prompted Verizon to buy AOL. This is a play by Verizon to buy access to streaming video and mobile advertising. For AOL, they gain access to a global scale network.
When AOL merged with Time-Warner, AOL was an innovation leader and Time Warner was based on an older cultural framework. Not enough homework was done beyond actuarial due diligence and the cultural clash was evident from the start. Then the tech bubble burst and the innovation part didn't work out either - the internet world was rapidly transitioning to non-dial up access and AOL subscribership plummeted.
We bring this up because banks currently looking towards mergers with other banks should understand some of the potential pitfalls. As banks seek market share, assets, deposits and profits by combining forces with others, there can be risks. Banks are also seeking partnerships with technology companies to propel their mobile and internet offerings forward, so compatibility should be considered there as well.
Community bankers could argue that there are no similarities between behemoths like Verizon and AOL and their bank, but there are marked similarities in merger activity mistakes regardless of who is marrying whom. Remember that Verizon has roots back to the world's first telephones in the 1870s and came from the original Bell Telephone. This heritage is not so different from the origin of a lot of older community banks around the US, with roots in tradition and a necessity to find innovation in order to keep up in a changing world.
There are a few mistakes that are often found in unsuccessful mergers that any of the parties we've discussed could have benefitted from heeding (that includes Elizabeth Taylor). First, beware when untested assumptions about the behavior and characteristics of either partner are taken as facts. When either partner is certain they have the answers and is not willing to change course, risk usually follows. Next, watch out for large up-front investments to access untested markets or ideas. Finally, be careful when one party is creating a sense of time pressure in spite of uncertainty.
We wish Verizon and AOL well and will watch with interest. For banks considering the same, just remember to look at your potential partner carefully and not rush into anything that may have you considering divorce later on.
Subscribe to the BID Daily Newsletter to have it delivered by email daily.

Yields are down 1bp ahead of April's FOMC minutes release.

Sorry, market rates are currently not available for this issue.
Employment: Sharp Decline, Harbinger Of Larger Declines To Come

1) Friendly Hills Bank ($120mm, CA) said it has formed a new division and has begun offering payroll services to clients. Friendly Hills made the move after hiring the staff of payroll provider So Cal Business Solutions. 2) First Foundation Bank ($1.4B, CA) said it has launched a new division to offer property and casualty insurance brokerage services.

The Wall Street Journal reports women started 36.8% of new US businesses last year vs. 40.7% average over the past 19Ys. The level was just barely above the low water mark of this 19Y period hit in 2007 (36.7%). Experts say the decline is likely due to broader macroeconomic factors and the fact that many of the new businesses started last year were in construction (a much more male dominated field, according to credit bureau Experian).

Pew Research of checking account practices at banks finds the median fee for overdrawing an account is $35 and most of the largest banks charge between $35 and $38. Meanwhile, 78% of banks now offer a summary disclosure box of fees charged vs. 59% last year.

The Fed SF indicated in a recent economic report that the current unemployment rate of 5.4% should decline to the 5.2% natural rate estimate around the middle of the year. Once the rate declines to around 5.0% to 5.2%, the Fed will have the data on its side to raise interest rates.

The Eurozone economy saw its GDP climb to 0.4%, the fastest pace in 2Ys.
Copyright 2018 PCBB. Information contained herein is based on sources we believe to be reliable, but its accuracy is not guaranteed. Customers should rely on their own outside counsel or accounting firm to address specific circumstances. This document cannot be reproduced or redistributed outside of your institution without the written consent of PCBB.