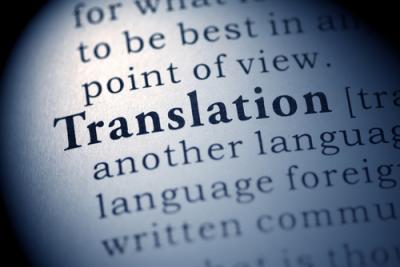 The movie Lost in Translation tells a simple story of love and friendship between an aging movie star and a young college graduate. The two Americans meet in a hotel in Tokyo in a story of communication gaps and alienation. Differences between Japanese and American cultures are highlighted as too is the generation gap between a has-been actor (who travels to Tokyo to make a whiskey commercial) and his relationship with the young wife of a celebrity photographer (bored with her life and herself). A lot is unspoken and a lot is lost in translation.
When it comes to banking, this is not so different from the story of the Volcker rule, a chapter in the never-ending Dodd Frank drama. The Volcker rule initially came in at 11 pages, but when the agencies responsible for the implementation tried to translate it, they produced a draft of 300 pages. Later they settled on 71 pages for the basic rule plus some 800 pages of commentary and clarification. It was still not clear enough, however.
The idea was for the Volcker rule to block big Wall Street banks from making speculative trades with their own money while under the umbrella of FDIC insurance. This seems simple enough and yet it is not. Perhaps this is because the mega-banks and their lobbyists keep finding multiple interpretations. As things sit today, the Volcker rule has become so complicated that regulators have extended over and over the deadline for the affected banks to unload private equity and hedge fund investments. The initial deadline was July 2014, then July of 2015 and most recently it has been extended to 2017.
It's good to note that community banks have benefited from the multiple rewritings of this script. Industry representatives for community banks have declared that small institutions didn't engage in the high risk trading strategies that rocked Wall Street and thankfully they have been heard. Fed Governor Tarullo and Comptroller of the Currency Curry have both publicly said community banks should even be exempted from the harshest Dodd Frank requirements. Even Barney Frank, the Frank in Dodd Frank, is backing this effort. The FDIC has calculated that around 400 of the 6,500 banks in America hold investments in funds that are prohibited by the Volcker rule. Among the 400, only a few community banks even have these kinds of investment vehicles.
The majority of community banks stick to a business model that focuses on relationship banking, small business lending and the support of their communities. Fed governor Tarullo said he feels confident that he can support the easing of the regulatory burden on small institutions. He even proposed an asset threshold of $10B to be the minimum that would be subject to the Volcker Rule. We will have to wait and see how this plays out.
While it is not a surprise that larger organizations are fighting restrictions on how they do business, there is plenty of evidence that the downward pressure on loan pricing has been driven in some part by the flow of private equity money into the system.
At a high level, we applaud the generic efforts to aim the Volcker Rule at the banks that violated its principals in the past as long as community banks can be spared. We also appreciate the regulatory community making a real effort not to include community banks. When you get down to it, at this point there is just no further need for translation.
Subscribe to the BID Daily Newsletter to have it delivered by email daily.

Yesterday: Treasury yields fell 2bps by the close of the day as the 10Y auction saw strong investor demand.

Yields are down 2bps ahead of PPI and jobless data, scheduled for release later this morning.

Fed research finds about 65% of banks <$1B paid dividends (excludes S Corps) nationwide last year vs. about 71% of those with assets $1B to $10B.

Reuters reports Fed officials say they plan to be very gradual in shrinking their portfolio as they seek to avoid market disruptions. Former Fed Vice Chairman Kohn said he believes a managed run down of the portfolio will begin once Fed funds reach about 1%.

The latest survey by J.D. Power finds Bank of America ranked worst among its peers in retail customer satisfaction in states where it has the most branches.

The EC has increased its expectations for Eurozone growth from 1.3% prior to 1.5%. That is good news for US exports over time.

A Bank of America survey of small business owners finds the following percentages by generational grouping say they intend to apply for a loan this year: 27% of Millennials; 23% of Gen X and 9% of Boomers.

A survey by SAP finds 82% of retail bankers agree or agree strongly that in the next 5Ys mobile will become the top channel for millennials and those younger in age.
Copyright 2018 PCBB. Information contained herein is based on sources we believe to be reliable, but its accuracy is not guaranteed. Customers should rely on their own outside counsel or accounting firm to address specific circumstances. This document cannot be reproduced or redistributed outside of your institution without the written consent of PCBB.