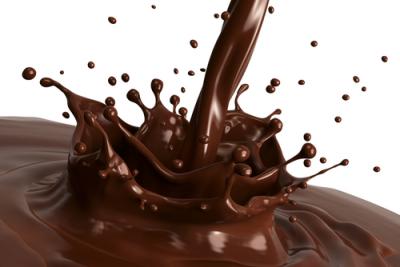 Many of us remember the cheesy TV commercials for Reese's Peanut Butter from the 1970s and 80s that featured two individuals who somehow collided, accidentally mixing together their chocolate and peanut butter (only to discover that the combination was delicious). The famed candy traces its roots to 1928, when Harry Burnett Reese (a former shipping foreman and dairy farmer for Milton S. Hershey), decided to start his own candy business. Reese purchased chocolate from his former employer and peanut butter cups rapidly became the Reese Candy Co.'s most popular item. In 1956 after Reese's death, his sons merged the Harry Burnett Reese Candy Co. with the Hershey Chocolate Corp. through a tax-free stock-for-stock merger. Those shares today are worth well over $1B.
Though the combination of chocolate and peanut butter is unarguably one of the best discoveries ever, mergers within the banking industry don't always wind up being as sweet. Consider that when Bank of America agreed to acquire Merrill Lynch in 2008 at the height of the credit crisis, the marriage looked like it would beneficial for both parties. Only later was this hasty union shown to be extremely problematic and quickly hailed by observers as one of the biggest merger failures ever. Beyond general integration issues between the businesses and their respective technology platforms, the internal culture clash between BofA and Merrill proved extremely difficult to overcome.
Compared with the myriad of other due diligence issues that play into M&A deals between banks, the challenge of merging differing internal cultures may seem like an insignificant issue. Measurable metrics can easily be compared against one another in spreadsheets, whereas there are no set parameters for the individual "culture" of a bank. This makes it much harder to define, let alone measure. In reality, however, clashing cultures can impact virtually every aspect of a bank's operations. These can run from the potential loss of key staff unhappy with the new environment, to a declining customer experience affected by unhappy front line employees.
Given that internal culture can ultimately make or break an M&A deal, banks considering such unions should start examining their cultural compatibility with potential partners as soon as possible. Questions about culture should be included within general due diligence topics for potential deals and plans for successfully merging opposing cultures should be laid out well in advance of a deal's completion. Key leaders from both sides of an M&A deal should be asked to weigh in on how they believe opposing cultures can be brought together. This increases the likelihood employees and managers alike will get on board.
Some areas banks should consider regarding personnel when assessing their own culture (and that of a potential deal partner) include: compensation, benefits and growth potential for employees. Even more important, however, may be the different roles of individual employees throughout both companies and how the combined entity would address those roles going forward. Additionally, it is important to identify key decision makers for each part of a company's integration in advance.
When similar businesses with different products and approaches are thoughtfully combined from all angles, a merger stands a better chance of working out. As for Reese's Peanut Butter Cups, they are now the top selling brand of candy in the US and one of the top four global candy brands. That makes sense because they are also very tasty!
Subscribe to the BID Daily Newsletter to have it delivered by email daily.

Treasury yields saw a 2bp drop as home sales came in well below what economics had predicted.

Yields are unchanged this morning ahead of Durable and Capital Goods.

The CEO of BB&T said he expects the Fed will start to raise rates in the Jun to Sep timeframe. Meanwhile, Bloomberg reports PIMCO is warning that the bond markets are not prepared for a Sep rate hike even though the Fed will probably raise rates at that time.

Angie's List said it will begin to offer financing through online lender On Deck to small businesses that use its service.

The Wall Street Journal reports about 575mm of new cards with embedded EMV chips (about 75% of US credit cards and 40% of debit cards) are projected to be in the hands of consumers by the end of this year. The cards cost 500% more than traditional magnetic stripe cards.

Deutsche Bank will pay $2.2B to settle investigations into allegations it rigged benchmark Libor rates during the credit crisis.

CNBC reports stock buybacks by S&P 500 companies rose to $219B in Q1, the highest level since Q4 2007, according to TrimTabs. Meanwhile, S&P 500 corporate dividends climbed to a record $376B last year according to FactSet.

A survey by the AICPA finds 25% of American households were hit by an information security breach in the past 12 months, more than double the 11% level from 1Y ago. As a result, 82% of those surveyed said they changed their buying behavior, 56% are using more cash/checks and 40% have reduced their online presence (turned off social media accounts, reduced the number of websites visited, etc.).
Copyright 2018 PCBB. Information contained herein is based on sources we believe to be reliable, but its accuracy is not guaranteed. Customers should rely on their own outside counsel or accounting firm to address specific circumstances. This document cannot be reproduced or redistributed outside of your institution without the written consent of PCBB.