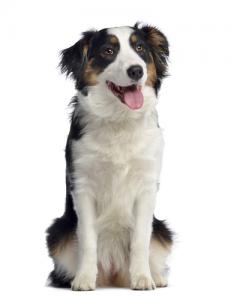 In 1973, after coming across countless dogs that had been injured or killed by cars, Philadelphia-based traveling salesman Richard Peck set out to create a solution that led to his invention of the first invisible fence. It works with a buried wire that continuously emits radio waves which communicate with a dog collar embedded with miniature receivers that pick up the signal from the wire. The wire is placed around an area where the dog may freely roam, but if it strays too close to the fence, it first hears a beep and then gets a small shock. Now that multiple studies have been released demonstrating that such systems do not pose any health risks to the pets who use them, invisible fences have become increasingly popular.
Credit card companies also rely upon invisible fences, although fraud triggers are only invisible until consumers actually feel the shock. The ever-increasing problem of credit card fraud is well known and card issuers have heightened their efforts to prevent fraud in response. Anyone who has travelled abroad is probably aware that failure to inform your credit card issuers of your travel plans will almost certainly render your cards useless once you reach your destination. Fewer consumers are aware that it is no longer just international travel that can set off card issuers' fraud warning systems and freeze your card activity.
These days, traveling just one state away or even over a bridge into a major city nearby without notifying your credit card company of your travel plans may be enough to generate a fraud alert on your card and temporarily freeze activity. As such, many card issuers now suggest that consumers contact them any time they are leaving the area where they typically spend their time and shop, as well as any time they are planning a purchase that deviates from their normal spending activity. Meanwhile, VISA just announced that it will begin using a geolocation service linked to its credit card application on customers' phones that will allow the company to determine if purchases made on an individual's card match the location of their phone.
This all makes sense when you consider that the Nilsen Report finds US credit card issuers lost $3.4B to fraud in 2012 alone, a number that has consistently risen each year. That is a big number so it is understandable that credit card issuers are going to extreme lengths to try and contain fraud. But, as containment efforts have become increasingly onerous, it is equally understandable that consumers are more and more annoyed after being inundated with fraud warnings or finding that their cards have been declined over suspected fraudulent activity.
Given that most community banks are reliant on outsourced credit card services or cards branded with their own name yet handled by third-party providers, it is important to choose these relationships carefully. It is equally important to make every effort to educate customers about what will and will not trigger fraud protection efforts and impact their card usage. While most consumers appreciate general fraud detection efforts, choosing a provider that is too aggressive can anger inconvenienced customers and do more damage in the long-term.
After all, it's one thing to train a dog to stay within the confines of an invisible fence, but punishing consumers for crossing invisible lines whose existence they aren't even aware of is unlikely to be well received. Woof!
Subscribe to the BID Daily Newsletter to have it delivered by email daily.

Treasury yields fell by 1bp as investors grappled with mixed economic data and disputes between Greece and its creditors.

Yields are currently down just under 3bps as the market expects that CPI will remain unchanged.

Fed New York President Dudley said a rate hike in June was "still in play" despite weaker economic data in Q1. That said, he also indicated Fed members would rather keep rates low until they are certain that the economy can handle higher rates.

JPMorgan projects banks will gradually increase loan loss provisions if oil prices stay in the $45 to $55 range, as charge offs pick up.

Bank of America Merrill Lynch's 2015 CFO Outlook survey of 600+ US corporate financial executives finds: 70% expect labor costs to increase in order to be compliant with Obamacare; 67% expect sales growth this year; 52% anticipate hiring new full time employees this year and 46% plan on reinvesting in their business with new capital.

The National Small Business Association reports 90% of small business owners say cyber security is a concern and 50% say that they have already suffered a cyber attack and 19% have had their business credit cards or bank account hacked.

CNBC reports payments company Square said it plans to offer small businesses a direct marketing service. The service will use credit card information and email addresses already being collected to send targeted emails with customer discounts based on loyalty and type of customer.

Online lender OnDeck Capital announced it will expand its strategic partnership with online lender Prosper Marketplace, as the two seek to leverage marketing efforts and develop future business lines together.

Gartner has predicted that mobile payment transaction values will soar to $721B over the next two years, a growth rate of over 200% from 2013's transaction value level.
Copyright 2018 PCBB. Information contained herein is based on sources we believe to be reliable, but its accuracy is not guaranteed. Customers should rely on their own outside counsel or accounting firm to address specific circumstances. This document cannot be reproduced or redistributed outside of your institution without the written consent of PCBB.