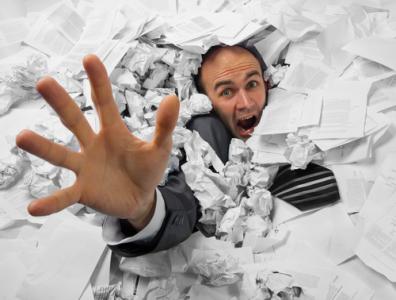 In today's digital world, almost any television show or movie can be viewed instantly, and because many toys are basically minicomputers, they can offer a broad world of possibilities to kids. Today's children live in a world unimaginable to the generations before them. Despite these differences, when asked what they'd like to be when they grow up, most young children will still tell you they want to be firefighters or ballerinas. These dreams last until realities like risking one's life by running into burning buildings, or the level of talent and very specific body characteristics needed to make ballet a career are actually understood. Naturally, this made us think about boards of directors of banks and the impact regulations and fiduciary requirements have had on many individuals' willingness to serve on them.
As many community banks face the reality of aging boards of directors and the need to replace members, things aren't easy. Whether directors are stepping down themselves or being forced to do so because of mandatory retirement ages, replacing them is not as easy as it once was. Nor should it be.
Boards of directors have always shouldered the responsibility of watching out for investors' interests. They also have found themselves responsible for upholding bank regulations. There have been director suits in public scandals like Enron and the Madoffs, but there have also been lawsuits aimed at individual bank directors from the FDIC in the case of failed banks.
Faced with such realities, community banks are finding it harder than ever to populate their boards with qualified directors, let alone individuals with knowledge of bank business lines and high profile community ties. Add to that the fact that many banks have a mandatory retirement age for directors ranging from 70 to 72 years old, and things get even tougher. Studies show the average age of directors on the majority of bank board directors is the upper 60s, so it is clear that finding new members is going to become a major issue for community banks moving forward.
Unlike major conglomerates with deep pockets and the necessary resources to help directors meet their fiduciary obligations, few community banks have adequate resources to do so. As such, truly qualified individuals have become less willing to assume the risks of sitting on the boards of community banks, particularly when such positions tend to carry low financial compensation.
Consider a survey conducted by the American Association of Bank Directors in the spring of 2014. It found 25% of respondents noted that in the previous 5Y period they had a director resign over fears of personal liability; an individual turned down an offer to become a director because of personal liability fears or directors resigned from or refused to sit on a board's loan committee because of personal liability fears.
Banks should proactively consider who is likely to be moving off their board in the near future and make plans to groom prospective members in advance. There should be a vetting process addressing the needs of both sides, to be certain prospective members understand banking and perhaps an offer of educational opportunities to enhance their knowledge. The bank will need to be certain prospective board members are comfortable with the safety and soundness of the bank and its management as well. Finally the bank should clearly communicate its expectations for board members.
It would always be a stretch to think that kids would say they want to be a banker when they grow up, much less the board member of a bank. But, with some careful preparation, banks should be able to manage the succession of their board members and plan for a successful future.
Subscribe to the BID Daily Newsletter to have it delivered by email daily.

Treasury yields rose 4bps as the 5Y auction demand was weaker than expected.

Yields are down 1bp ahead of initial jobless claims.

Some larger banks are now rolling out smartphone apps that allow customers to withdraw cash from an ATM. Users reportedly log into a mobile application, scan in a unique code that is generated by the ATM and then withdraw the money.

Ocwen Financial said it will sell the servicing rights on 142,000 FHLMC and FNMA loans with a total principal balance of about $25B to Nationstar Mortgage for an undisclosed sum.

Banks should be aware that grocery chain Fresh & Easy has announced it plans to close 50 of its 120 stores (41%) as it moves to a new e-commerce business model. Double check your loan portfolios to ascertain potential risk exposures.

The Comptroller of New York City said he plans to propose requiring brokers and financial advisors to disclose whether or not they are obligated to put their client interests above their own (fiduciary standard). If not, the broker would have to tell the client multiple ways that they are not acting as a fiduciary to them.

Rising property values are reportedly pushing some major companies to review selling off real estate assets. This should increase cash on hand, which could potentially lead to M&A events or pay down of debt outstanding. Bankers may want to check their portfolios for commercial and retail loans that could be impacted by this shift.

Fed SF President Williams said a strong economy provides enough support to have a discussion about a rate hike by mid-year. Meanwhile, Fed Vice Chair Fischer said a fed funds rate hike "will be warranted before the end of the year".
Copyright 2018 PCBB. Information contained herein is based on sources we believe to be reliable, but its accuracy is not guaranteed. Customers should rely on their own outside counsel or accounting firm to address specific circumstances. This document cannot be reproduced or redistributed outside of your institution without the written consent of PCBB.