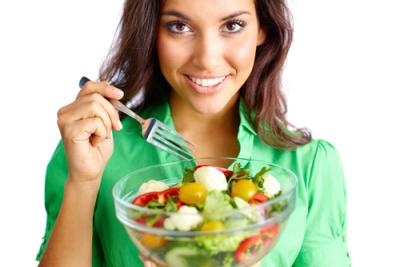 The USDA released new guidelines on what is considered a healthy diet and the information raised some eyebrows, because it contradicted a fair amount of what has been conventional wisdom for decades. Dietary recommendations in the past centered on consuming a low percentage of one's daily calories from fat, the avoidance of cholesterol and other substances deemed likely to cause heart disease. The new guidelines pay a lot more attention to sugar, lowering the recommended daily intake to no more than 10% of total caloric intake. This is fun for those of us who love breakfast, as coffee is in and even bacon and eggs. The focus is more on foods themselves than on specific nutrients good or bad and this is expected to help people plan healthy meals more effectively.
A focus on the whole rather than the parts is generally sensible when planning meals. It is perhaps less so when assessing a bank's funding strategy, however. Consider that many banks rely upon the UBPR and their peer ranking when determining their success in managing their cost of funds. This is not a bad place to start, but there is really important information to be found when comparing the components of the bank's deposit mix with one's peers. For instance, if one bank has 40% of its deposit mix in CDs and another has 15% in CDs, there should be a substantial difference in the funding costs of the two banks due to the difference in deposit mix. The bank with a lower percentage of time deposits should have a significantly lower cost of funds. But if the bank with more CDs has more effectively priced those CDs, then the differences may not be as great as you might expect at first glance. This is especially true if the bank with a smaller percentage of CDs is overpricing its money market or savings accounts in comparison with its peers.
At first glance, the bank with fewer CDs would always seem like it has an advantage. But almost every bank has seen significant customer movement from time deposits to non-maturity deposits during the prolonged low interest rate environment. When deposit rates really begin to rise, it is likely that a significant portion of these non-maturity deposits will move back to CDs. For this reason, the effective pricing of CDs is really important. Banks that only measure their progress by looking at the total number like on the call report or the UBPR, are likely missing the source of either their success or their problems. Banks will have a far better chance of retaining control of their funding costs if they take constructive steps before rates begin to rise.
Better measurement and analysis is needed, and this is where PCBB's Liability Coach comes in. The Coach helps banks optimize their funding strategies and includes analysis, advice and ongoing support. If you want to know more, we will be holding two webinars next week. Don't miss this special opportunity. Choose the Liability and Strategic Coach webinar that is convenient for you:
Tuesday March 24, 2015 | 8:00AM (Pacific) | Register Here
Thursday March 26, 2015 | 1:00PM (Pacific) | Register Here
Taking care of your bank's funding costs is like maintaining a healthy diet through the steady, thoughtful use of good information. The reason for differences in the new dietary findings is that the new science is based on much better research than was used in the past. Good science isn't just one finding, but a method of gathering and analyzing many findings over time from numerous trials. PCBB's Liability Coach also offers a rigorous approach to the analysis of your bank and its peers' deposit information, a process which will help your bank prosper both now and in the future.
Subscribe to the BID Daily Newsletter to have it delivered by email daily.

Treasury yields saw a 2bp rise on the short of the curve as the investors worked through mixed housing data.

Yields are currently down just over 1bp this morning as the market participants eagerly await today's upcoming FOMC rate announcement.

A survey by the National Association of Colleges and Employers (NACE) finds the 3 degrees most in demand for the class of 2015 are business, engineering and computer & information sciences.

Research by the Ponemon Institute finds the average cost to a US business of a lost or stolen record containing customer information is about $201.

A survey by the National Small Business Association finds business owners say they use the following for their business: desktop (87%), laptop (84%), landline (78%), smartphone (74%) and tablet (41%).

A new survey by Citizens Commercial Bank finds 70% of baby boomers consider their targeted retirement date as a key factor in determining the time frame for selling their business. Overall, 36% of mid-market firms are now currently involved in acquiring another firm or are actively seeking opportunities vs. 26% in 2013.

Research by Deloitte finds the actions business leaders in the Americas have undertaken in the past year, or plan to undertake in the coming year, to redesign strategies around employee rewards programs are: increasing health and well-being initiatives (50%); definition, mix of components, and/or redesign of overall rewards strategy (38%); aligning with organizational strategy and brand (32%); differentiating by employee group (21%); no change to strategy (18%) or differentiating by business unit (14%).
Copyright 2018 PCBB. Information contained herein is based on sources we believe to be reliable, but its accuracy is not guaranteed. Customers should rely on their own outside counsel or accounting firm to address specific circumstances. This document cannot be reproduced or redistributed outside of your institution without the written consent of PCBB.