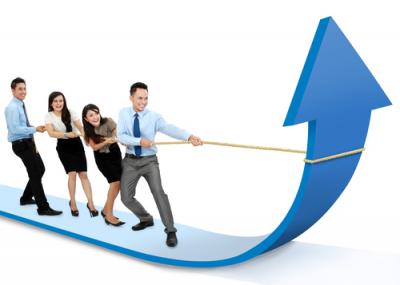 by Steve Brown
Share this Article:
There have been a number of important counts and countesses in history, but we were curious where someone with that title stacked up in the royal order. It turns out that a Count (like Dracula) is 9th in line after Emperor or King. Counts are the same rank as an Earl, but lower than a Duke, a Sovereign Prince or a Marquis. Our personal favorite Count teaches numbers on Sesame Street though and if he were a banker, we expect he would find the activity in mergers & acquisitions to be worthy of royal attention.
In 2014, M&A activity among banks experienced a slight uptick from the previous year. There were 301 deals completed at a total value of $18.6B vs. 247 deals completed in 2013 (combined value of $14.5B). Though a handful of multi-billion dollar deals fell into the mix in 2014 as has been the case over the past few years, the majority of M&A activity occurred between community banks, and primarily those on the smaller side. In fact, only 5 of the 301 deals last year were valued above $500mm. It appears new rules and regulatory changes are having an impact on fixed costs in banks of all sizes and especially in smaller institutions, so pundits are predicting yet another uptick in M&A activity among smaller institutions this year too.
A newly released report from Deloitte suggests that M&A is poised to increase in 2015 across all sized banks. It indicates that while an uptick in M&A activity is expected to take place across the board, the drivers of such deals will have direct correlation to the size of the institutions involved in each deal.
On the flip side, as a result of higher capital standards and heightened regulatory requirements now being applied to any company deemed to be a Systemically Important Financial Institution (SIFI), deal activity from the industry's largest banks is expected to take place almost solely in the form of divestitures. These banks are retooling and unloading their weakest business lines and those that use the most capital. Further, although interest rates are expected to finally begin to rise this year, it is unlikely that margins will improve enough to make SIFIs want to acquire more bank assets. It is likely this group will continue its focus on less capital-intensive, fee based businesses.
So, that leaves us with the non-SIFI crowd. Here, M&A activity is expected to continue rising among small community banks, as these institutions struggle to deal with the increasing cost of regulations, keep up with technology and deal with extreme levels of competition from larger banks and nonbanks.
Faced with the continuing difficulty of organically bolstering their businesses since the credit crisis, some community banks have found it difficult to effectively walk the line between cutting enough costs to help boost their bottom lines and keeping the cuts from impacting the overall quality of customer service. As such, some community banks have shifted their focus to specializations where they can carve out a niche or where minimal competition provides an edge. Those specializations can be geographic, product or demographic specific. As such, merging with like-sized, like-minded banks with similar business models and customer bases remains a seemingly easy way for small banks to leverage fixed costs.
One major problem with this approach, however, is that a bunch of studies show most M&A transactions don't work out. Consider that one study of 302 significant deals, found acquirers underperformed industry peers on average in providing returns to shareholders. Still others have shown as many as 60% of all deals turn out poorly for the buyer, so extreme care is warranted.
We will keep count for our readers as the activity this year unfolds and report back on the trends. In the meantime, it doesn't really require a royal pedigree to understand M&A is one option, but so is growing organically. We leave it to you to decide which choice is best for your bank.
Subscribe to the BID Daily Newsletter to have it delivered by email daily.

It Is Hard To Say Goodbye

Tapping Into The Gold In Your Bank's Data

German bank Commerzbank has agreed to pay $1.45B in penalties, terminate certain employees (including its head of AML, fraud and compliance) and bring in an independent monitor to settle government claims it violated sanctions against Iran and Sudan. Commerzbank reportedly used deceptive practices to hide its activities, including altering payment messages to avoid detection.

The Fed reports the net worth of U.S. households (value of homes, stocks, etc. minus debts) climbed 2% to $82.9T at the end of 2014. Higher stock and real estate prices were the primary catalysts.

The Fed reports total household debt has declined to 107% of disposable income vs. 130% prior to the recession.

As bankers work to get a handle on the impact of Basel III, we point out regulators define liquidity as a measure of the ability and ease with which assets can be converted to cash, while capital is a financial cushion to absorb unexpected losses. The Basel III capital reforms come straight out of the financial crisis with requirements for banks to hold more and higher quality capital, as well as reducing the incentive (higher capital charge) to take excessive risks.