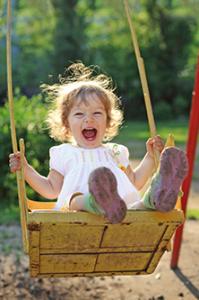 The Charm Of Country Life

Jacques Andre Istel and his wife Felicity built a compound near Yuma AZ in the middle of the desert and then erected a pyramid. As an absurdist joke, they unilaterally declared that the pyramid was the center of the earth. In that the earth is almost a perfect sphere, the center of the earth can be almost anywhere, so every human can have his or her own personal center of the planet (thus the joke). Once the center was declared, the next step for Istel was to document the history of the planet which he undertook by carving stone tablets to commemorate various random events over the course of history: a Van Gogh painting, Sandra Day O'Connor's Supreme Court career, the first game of polo and the invention of the hamburger. There is always something worthwhile to discover in the middle of nowhere and often such places of rural grace and harmony are found far from the urban population centers.
When it comes to banking, the Consumer Financial Protection Bureau (CFPB) is suggesting that smaller financial institutions will have more ability to find rural grace and harmony in mortgage underwriting with some proposed rule changes. These changes are designed to facilitate responsible lending particularly in rural and underserved areas. CFPB Director Cordray announced the new rules, saying the agency aims to facilitate lending by giving more leeway to small financial entities through a number of strategies including expanding the definition of rural areas. "Lending by community banks and credit unions didn't cause the financial crisis," he explains, "and small institutions play a vital role in many communities."
These Ability-to-Repay rules are the same ones that created the category of Qualified Mortgages (QM), but now they are being relaxed for rural and underserved areas. The idea is to allow banks the freedom to originate QM with balloon payments for example. Previously, any borrower whose debt-to-income ratio exceeded 43% was considered Qualified regardless of location and therefore prohibited from having loan features considered to be high risk. While the intentions were valid, the rules served to restrict lending in many underserved areas.
In addition to the loan features designed to give more flexibility to borrowers and banks, the definition of rural areas deserving special treatment is being expanded to include all census blocks that are not in an urban area as defined by the Census Bureau. The definition of a small creditor has also expanded. The old rule limited loan origination to 500 first lien mortgages after which, banks fell out of the small lender category. The limit now increases to 2,000 loans, although the overall size of the financial institution remains limited to $2B.
Finally, small banks are given extra time to comply with the new rules. There was initially a grace period for creditors that exceed the origination limit or asset size maximum. The temporary exemption expires in Jan 2016. The new rule extends the grace period to Apr 2016.
The CFPB expresses the hope that this new interpretation of the law will create more available credit in underserved areas because smaller financial institutions will have more ability to determine for themselves what level of credit risk is appropriate for the center of their own world. Engraving the new mortgage rules on stone tablets is not yet recommended though, as the proposed new rules are open for public comment until Mar 30. Increased mortgage lending should also increase construction activity and the general well-being in areas where previously getting credit was difficult, so this is great news for everyone.
Subscribe to the BID Daily Newsletter to have it delivered by email daily.

Banks that do retail lending or are active with merchants are reminded that as of October of this year, losses associated with magnetic stripe card transactions will shift from banks to merchants. Experts predict losses currently covered by issuing banks may be too large for smaller merchants to absorb and put them out of business. Our suggestion is to stress test this potential event so you can take action to protect yourself from an increase in loan losses to smaller merchants.

The banks involved in Apple Pay are taking action to tighten up verification processes after increased fraud surfaced. The problem is reportedly not related to the mobile device's security, but rather the authentication processes used by banks to verify cards loaded onto the iPhone are legitimate.

The Fed's latest stress test of the 31 largest banks finds a worst case scenario would result in an aggregate $490B loss for the group. In this scenario, the unemployment rate hits 10%, home prices fall 25% and stock prices tank 60%.

The Wall Street Journal reports changes to financial regulations after the crisis may actually be reducing the liquidity in banks. The article highlights JPMorgan's move to push $100B in deposits out of the bank (it may charge certain clients up to 5.5% on specific types of deposits) and the move by some banks to charge negative interest rates to hold euro deposits as examples driven by changes to regulation and higher FDIC insurance premiums on certain deposits.

Yields are down 2bps in what should be a calm day for the market.
Copyright 2018 PCBB. Information contained herein is based on sources we believe to be reliable, but its accuracy is not guaranteed. Customers should rely on their own outside counsel or accounting firm to address specific circumstances. This document cannot be reproduced or redistributed outside of your institution without the written consent of PCBB.