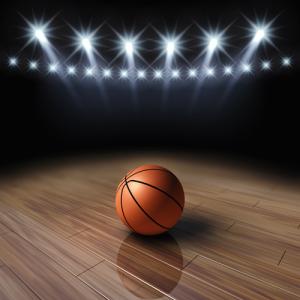 Dunking The Ball On Phased Retirement

Not everyone knows that Michael Jordan, the basketball legend with six NBA championships on his resume, also had a short-lived baseball career. After his first retirement from basketball in 1993, he signed a minor league contract with the Chicago White Sox. Two years later, he cut short his career on the baseball diamond and decided to return to the NBA courts, where he once again excelled before retiring for a second time in early 1999. But it's hard to keep a great player on the sidelines and Jordan returned to the courts once again in 2001, playing for two more NBA seasons. Since his third and presumably final retirement from basketball, Jordan has kept busy with various charitable and profitable business ventures, as well as celebrity endorsements and speaking engagements.
Retirement isn't typically as fluid for most bank employees as it was for Jordan, but there are many reasons to encourage your workers to draw out their retirement over a more prolonged period of time. Doing this allows banks to retain their knowledge base for longer and there's more of an opportunity to impart that wisdom to younger workers through mentoring. Bank staffers, meanwhile, have the advantage of receiving an ongoing paycheck and benefits, while they slow down a bit at work and participate in more leisurely activities in their spare time.
Companies across the spectrum aren't necessarily doing as much as they could to cushion the impact of a graying workforce. Consider a survey from the Society for Human Resource Management that found over 50% of businesses and organizations are either not aware of a demographic shift towards an aging workforce or are not actively taking steps to prepare for the impact of these changes.
Yet demographics are most certainly changing. By 2030, more than 20% of US residents are projected to be aged 65 and over, compared with 13% in 2010 and about 10% in 1970, according to a 2014 Census Bureau report. Banks should consider this trend carefully while there's still time to do something about it.
One creative solution is to take a page out of the federal government's book and allow your employees to take a phased retirement. Last year, the US government issued final regulations on a program that allows eligible full-time federal employees to work part-time schedules and begin to draw retirement benefits. Employees approved for the program are expected to spend 20% of their time mentoring others on the jobsite to facilitate the transfer of knowledge and skills.
A well-planned, gradual transition can be mutually beneficial for banks and employees. For instance, a staff member or officer who works 5 days a week could cut back to 3 or 4 days, still working as a regular employee in the branch or back office and help to train younger workers. After the employee decides to fully retire, he or she could still potentially be called upon as a fill-in when workers are out sick or on vacation or work from home or from a seasonal residence.
By contrast, employees who retire suddenly result in the loss of years of institutional knowledge. Banks should consult with employees who are likely considering retirement and find out whether they would like the flexibility of cutting back but still keeping a role within the bank. They may be especially interested in mentoring a new crop of employees. In many cases, retirement doesn't have to be an absolute point of no return. Managing the retirement of experienced employees offers a slam dunk opportunity by using the experience of one set of employees to polish the skills of the next team coming up the court.
Subscribe to the BID Daily Newsletter to have it delivered by email daily.

Treasury yields fell 2bps after mixed U.S. economic data triggered uncertainty as to the Fed's timeline for the next interest rate hike.

Regulators closed Doral Bank ($5.9B, PR) and sold it to Banco Popular de Puerto Rico ($32.6B, PR) under a purchase and assumption agreement. Popular captures 8 branches (has entered into separate agreements to sell 18 other locations to three other banks), all deposits (except brokered) and $3.25B in assets (two other parties have agreed to buy the remaining assets).

The Milford National Bank and Trust Co ($291mm, MA) will close 1 branch after a 3Y study that analyzed foot traffic.

St. Louis Fed President Bullard is on the tapes warning investors that they could get a sharp "wake up" call once tightening commences and participant expectations shift. Meanwhile, the Wall Street Journal reports Fed San Francisco President Williams reiterated his earlier call that rates could rise as soon as June and that there was a "disconnect" between Fed officials and market expectations for the path of short-term rates. Finally, Cleveland Fed President Mester told CNBC said she still believes June is a "viable option" for an interest rate hike by the Fed because the economy is picking up steam, but that it was not definite (and was data dependent).

Fed NY President Dudley said the Fed may have to get more aggressive with policy, if its attempts to raise short term rates do not work. He also indicated rates are low in the US partly because of weakness in Europe and Japan and projected the long-run Fed Funds rate will be 3.50%.

CNBC reports a report from Dun & Bradstreet and Pepperdine University finds small business loan demand is down 12% since Q2 2012 and 52% of business owners say that they do not expect to seek any financing in the next 6 months.
Copyright 2018 PCBB. Information contained herein is based on sources we believe to be reliable, but its accuracy is not guaranteed. Customers should rely on their own outside counsel or accounting firm to address specific circumstances. This document cannot be reproduced or redistributed outside of your institution without the written consent of PCBB.